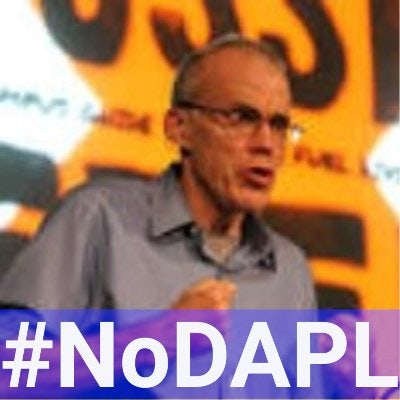 Bill McKibben is the environmentalist that the world needs right now, working on the front lines of the war against global warming. As the founder of 350.org, he’s building a global climate movement. This year, he took to his 200K+ Twitter followers to spread the word on Trump’s lack of environmental intelligence, and helped push the #NoDAPL movement forward, educating people about the potential risks of the Dakota Access Pipeline. Bill passionately exclaims the dangers we’re facing on this planet, using whatever means he can. As an author, organizer, and activist, @billmckibben understands the power of one voice for the many.