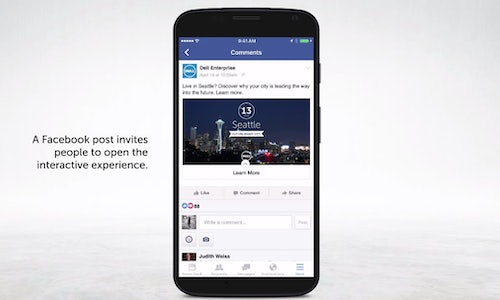 As a global trailblazer within the tech industry, Dell Technologies wants to be positioned among c-level executives as a thought leader that's driving the future of innovation and helping companies, cities, and people become Future Ready. The brand sought to drive awareness and engagement for their Future Ready thought-leadership content across Senior Business and IT Decision Makers enterprise businesses across North America. To achieve these goals, the brand tasked MediaCom and VML with creating an innovative and immersive social experience for the target audience.

The challenge was that much of the content had already been used and re-purposed in the past quarters without much of a targeting or lead-gen plan.

Dell Technologies commissioned MediaCom and VML to re-engage its target audiences by leveraging this content via social in a way that is compelling and impossible to ignore.

MediaCom shifted from the traditional B2B marketing approach and took an audience-first approach – looking at target execs in terms of what they do online, particularly on social media, and then created messaging and targeting frameworks to achieve campaign objectives.

Based on its research, the team selected Facebook Canvas ads for their incredibly immersive storytelling capabilities. This made Dell Technologies one of the first companies to create B2B Canvas units aligned to various audience segments.

VML produced multiple variations of Canvas units for the campaign's targets that were highly personalized and relevant, based on multiple criteria including current Facebook usage, local vs. national units and specific industry.

The Canvas ads succeeded in driving awareness and engagement for Dell Technologies! The Future Ready ads:

- Increased ad recall among senior executives and IT decision makers by 16% (vs. control)

- Drove relevancy and engagement among locally-targeted audiences. Geo-targeted audiences spent up to 54 seconds on a Canvas unit and viewed 34% of the content contained therein. This result is 50% higher than our national target Canvas unit average in terms of both time spent and percentage of ad unit viewed.

Over and above these results, perhaps the most interesting thing we took from this campaign is that the answer to the question "If a tree falls in the forest and no one is there to hear it, did it make a sound?" may be "No." If you are committed to doing a better job the second time around, don't be shy about promoting content that has already been in the marketplace. Just because you know it's been out there doesn't mean that members of your target audience do. 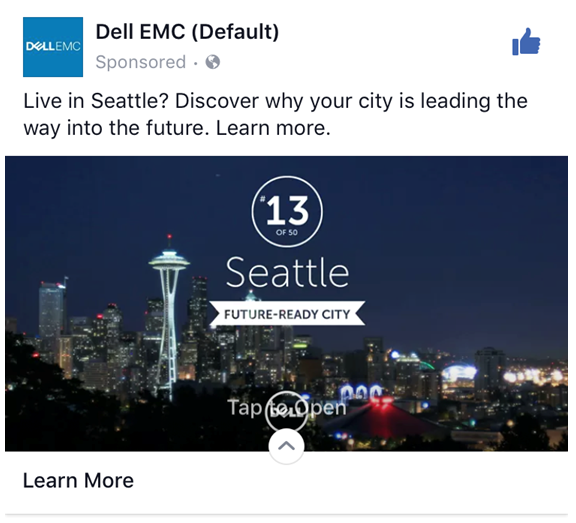 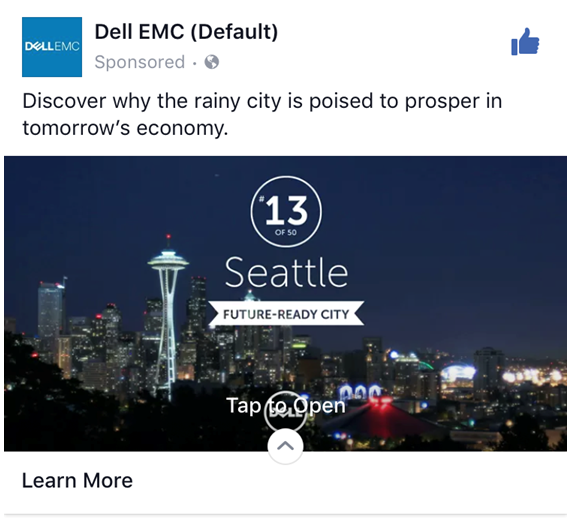 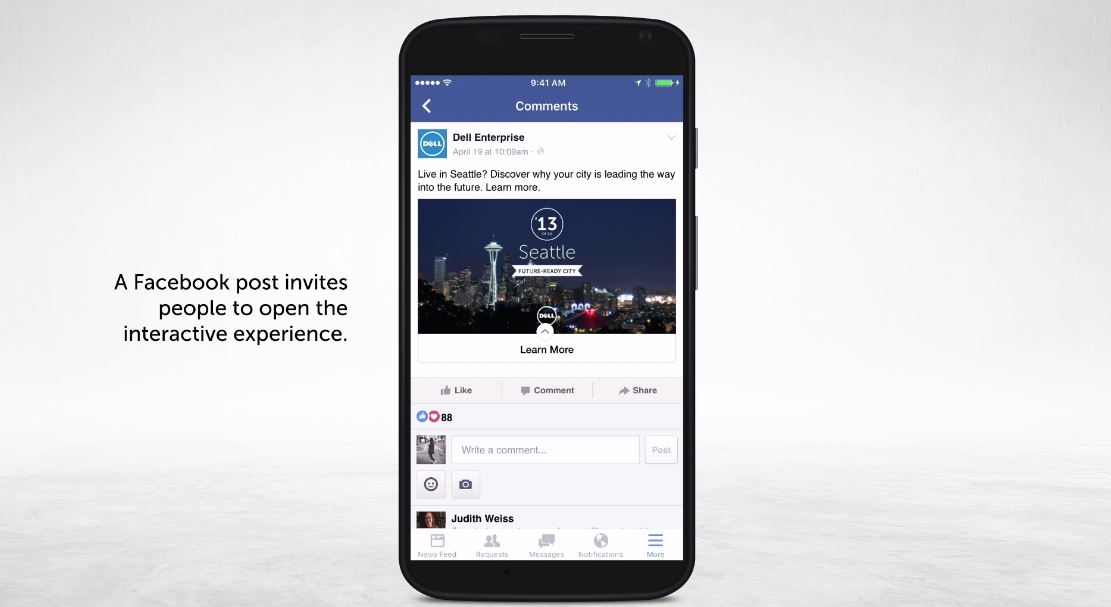