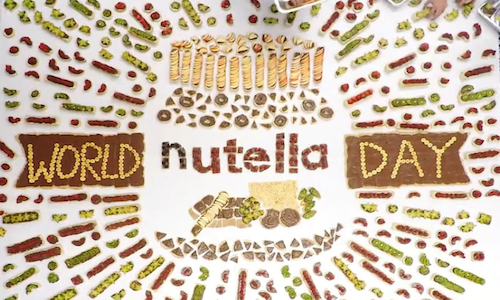 American food blogger and Nutella fan Sara Rosso started the World Nutella Day holiday in 2007. Since then, February 5th has been the day for fans around the world to come together online and celebrate Nutella. In 2015, when Sara handed over the holiday to Nutella, the brand knew that growing the day was crucial for brand equity far into the future.

We believed we needed to preserve the holiday's fan-driven spirit to foster genuine brand love, enabling us to transform fans into ambassadors, who could generate truly organic buzz.

So we launched a campaign to find one. We promoted it to Nutella fans across the U.S. with our microsite, videos, college emails and blog posts, social posts, digital media, Buzzfeed pieces and influencers. We even picked up press from the L.A.Times and the Philadelphia Inquirer along the way.

To earn the title of Chief Nutella Ambassador and a NYC trip of a lifetime, fans submitted videos showing us how they'd connect fans all over the world on World Nutella Day, reflecting their "Nutella personality."

Nutella narrowed down the field to five worthy finalists. We armed them with campaign kits and they ran creative campaigns on their social channels to earn votes from friends and fellow fans. 33,248 votes were cast and finally, Nutella determined the winner: Chrissy Eckman, a college student from South Carolina. With boundless energy and enthusiasm, our new Chief Nutella Ambassador came to NYC to help our agency plan and create content to help build buzz for the big day. 3 days and 11 locations later, we shot video around the city, meeting fans, making more fans and getting the word out about World Nutella Day.

In the weeks leading up to February 5th, we posted lots of video content on our social channels and on World Nutella Day, we posted a celebration video that kicked off a flood of nonstop likes, comments, shares, as well as celebrity, brand and retailer mentions.

In fact, we became the #1 organically trending topic on Twitter and Instagram, even becoming a Twitter moment. We received over 14.9 million engagements for the World Nutella Day campaign—an increase of 32,000% from 2015 to 2016. And we totaled over 195.7 million owned impressions.

With the help of our Chief Nutella Ambassador, it was a very happy World Nutella Day indeed, celebrated with fans all over the world. 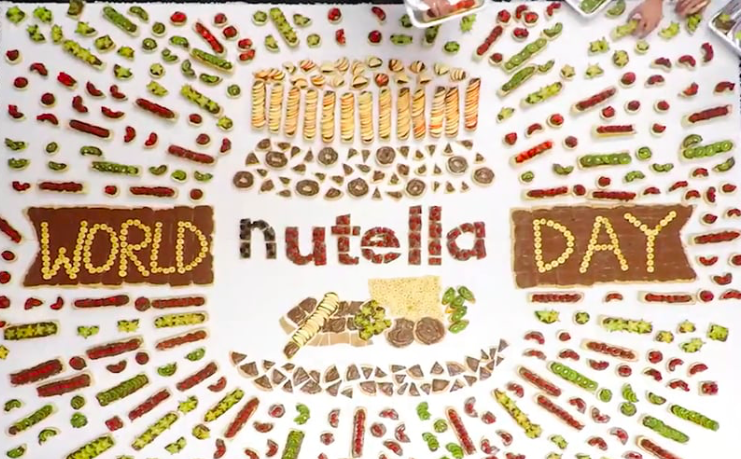