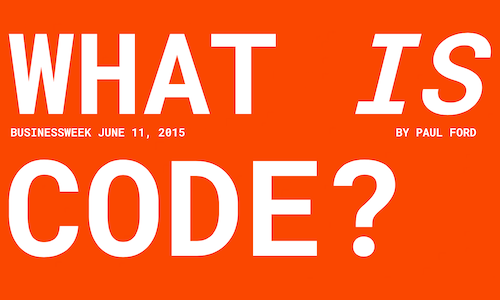 What is code? The modern world is built on it. You rely on it from the moment your alarm clock wakes you up to the time you sit down to watch TV before bed.

Code is all around us. It's ingrained in our politics, economy and media. Entrepreneurs and companies have made trillions of dollars off of it with products that have changed our lives. Hackers have used it to wreak havoc on individuals, businesses and governments.

It is arguably the most important technology (and news story) of our time. But so few of us really understand it.

The objective of 'What Is Code' was to demystify this phenomenon for our readers and viewers—and anyone else who wants to learn. We hoped to tell a compelling and informative story that would excite our current audience and captivate new ones across platforms (and especially social media.) We also wanted to create a tool, a resource, that people could return to and reference days, months, or years later.

To tell a story on code that would reach as many people as possible, Bloomberg Business asked journalist-programmer Paul Ford to pen a 38,000-word essay as part of a months-long editorial initiative that combined the best work of our social, digital, print, TV, and radio teams.

The online experience for 'What Is Code' centers around a highly-shareable, interactive website where visitors can explore all facets of code, from was basic programming to developer culture. Social engagement was at the heart of this project, and the website was built around it.

A friendly robot widget guides visitors through the site's various sections, each of which have graphics, games, GIFs, or videos that help tell the story. (There's even a 'certificate of completion' at the end of the experience that captures the reader's photo.) Many of these multimedia elements can be shared directly to Twitter through customized social buttons with their own anchor links. This gives readers the flexibility to share the parts of the essay they find most interesting, and we designed the website so that social users could jump into the experience at different entry points without feeling lost.

Here are some examples of our branded social media posts:

We also published the entire essay on GitHub, a social platform for programmers:

In addition to our social and digital efforts, Bloomberg Businessweek dedicated an entire double-issue to 'Code.' (This was the first time in the publication's history that a single story consumed an entire issue.) The magazine treatment for 'Code' included custom graphics and visualizations that were optimized for print.

Bloomberg Radio featured the story in on-air segments as well. And Paul Ford and Businessweek Editor Josh Tyrangiel joined 'Charlie Rose' on Bloomberg TV, so viewers could hear firsthand about the project and what it has to offer:

'What Is Code' was an incredible success. We achieved our goal of telling a story that would help people understand an important and complex topic—and we leveraged multiple channels (social, digital, print, TV and radio) to reach the widest audience possible.

The print version of 'What Is Code' was Businessweek's best-selling issue in North America for 2015.

The project has been covered, and praised widely, by major news organizations, including The Guardian, Poynter, The New York Times, The Wall Street Journal, Quartz, Journalism.org, Nieman Lab, Politico, The Huffington Post, Business Insider, and more.

Video for What Is Code? 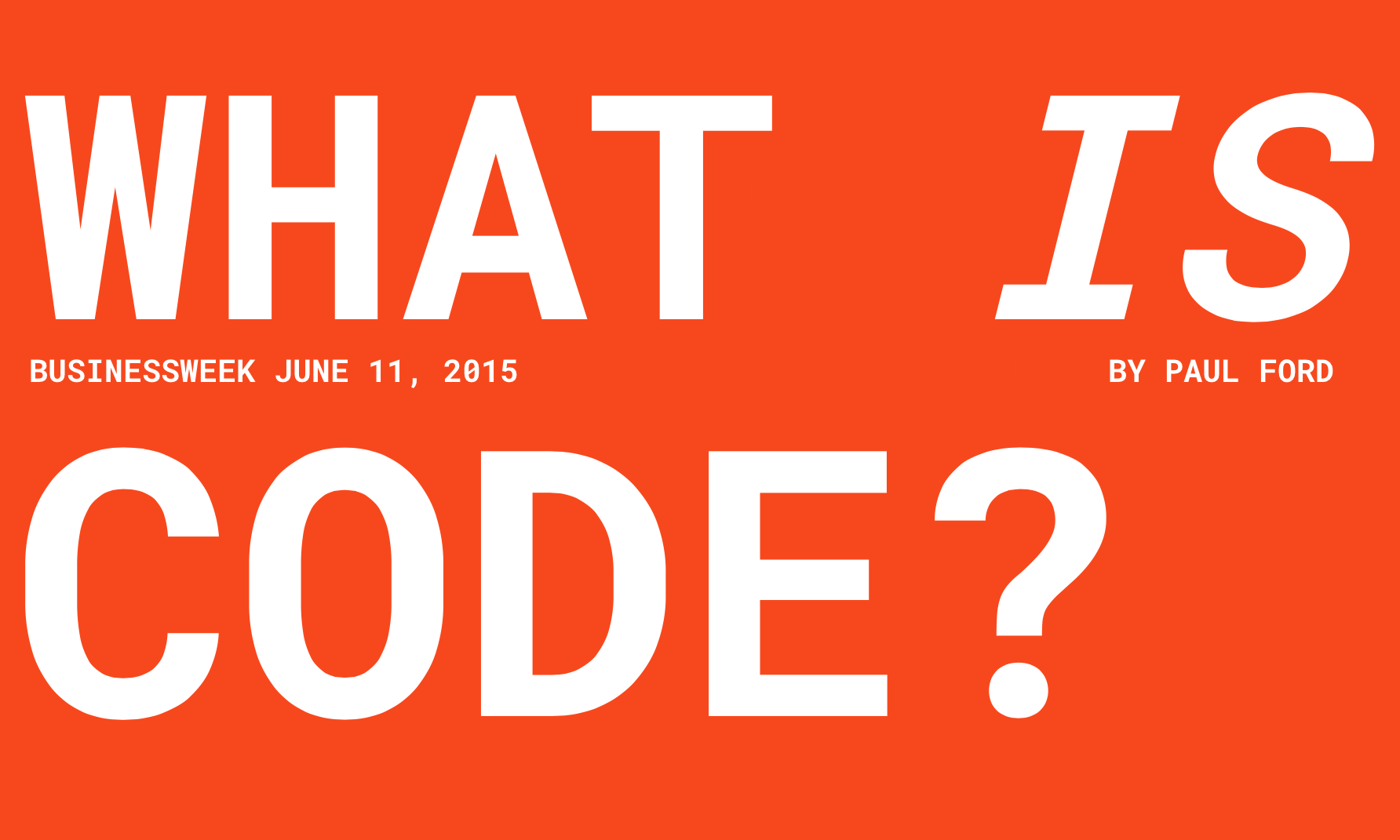 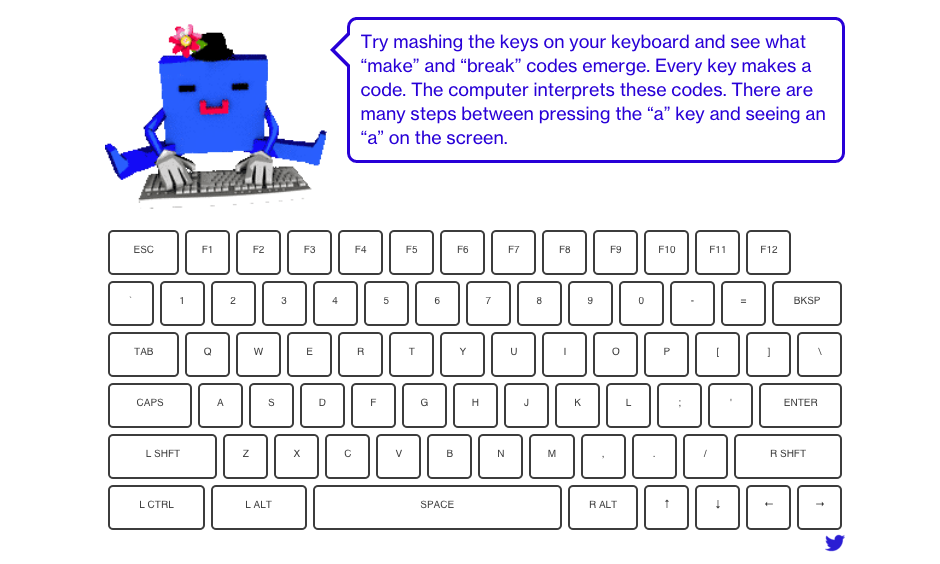 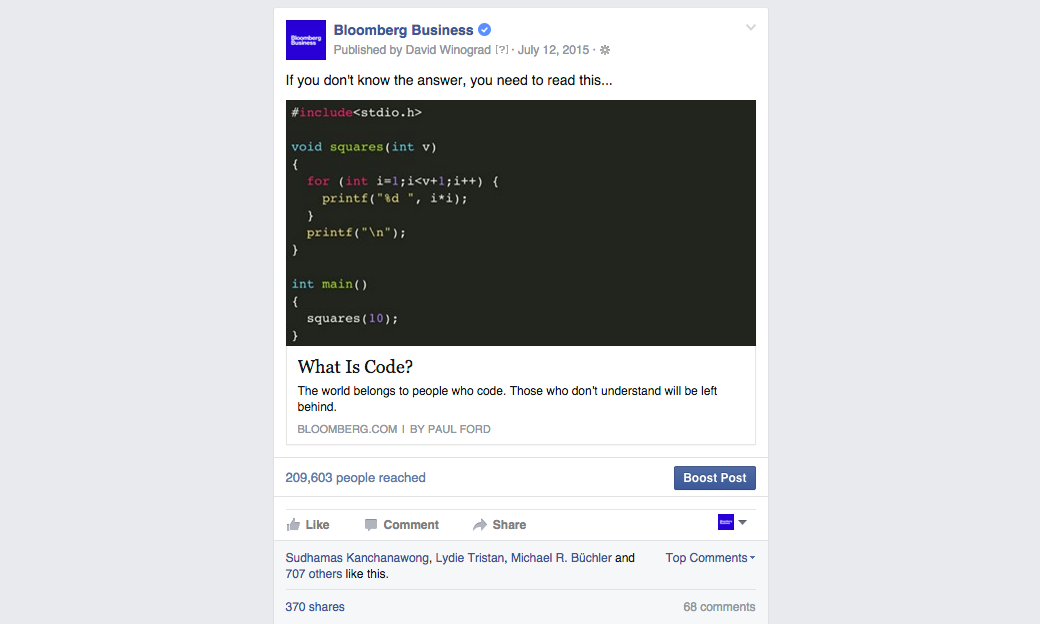