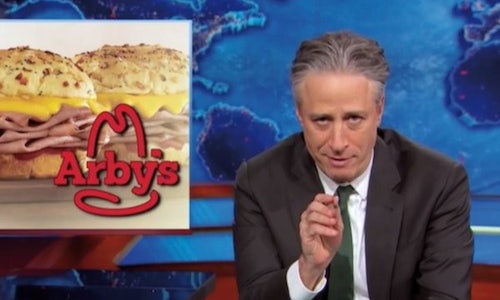 That time Arby’s made friends with Jon Stewart

To fully understand the Arby's interaction with Jon Stewart and The Daily Show, one must go back a couple years when the future wasn't so bright. The brand was perceived as old, out-of-touch and had no relevance in culture.

With a single tweet to Pharrell, Arby's put themself on the cultural map in a way they'd never been in their 50 year history.

In a fast-paced industry where every year must be better than the last, a key objective in 2015 was to maintain the cultural momentum and increased brand conversation that began with the Pharrell moment.

The challenge was that high potential organic moments with celebrities rarely present themselves. In fact, few celebrities were even talking about Arby's other than a certain late night host constantly associating the restaurant brand with stomach ailments….

For two years, Arby's was the recipient of constant ribbing from Jon Stewart that ranged from Arby's food causing diarrhea to being a representation of everything Jon considered to be outdated and dim witted.

Other marketers that had been the butt of Jon Stewart's jokes in the past had sent "cease and desist" letters or threatened to pull advertising from the network.

Arby's saw it differently, as an opportunity.

The strategy was to be patient: wait for the right moment to respond with a sense of humor that fans of Jon Stewart would embrace and appreciate.

After almost two years of jokes, Jon Stewart provided Arby's with the perfect opportunity to respond. In February 2015, Jon Stewart announced he would be retiring as host of The Daily Show. Arby's extended a tongue-in-cheek tweet to Stewart, in the form of a job offer.

Jon, feel free to reach out to us at [email protected]

The offer was picked up broadly in social and traditional media to the point that Jon's first segment after announcing his retirement was a response to Arby's offer. A special moment in social media translated to broadcast, now it was up to Arby's to amplify the moment in both social and broadcast channels.

For the first time, Arby's explored a paid component of this relationship. Arby's worked with Jon Stewart to create two custom spots that would run during Jon's second to last episode and be widely distributed in social media.

The first was a compilation of Jon's vicious Arby's jokes with the voiceover (Ving Rhames) singing "Thank you for being a friend," from The Golden Girls. Arby's was likely the first brand to pay to create content about giving customers diarrhea…closing with "not sure why, but we'll miss you.".

The second spot was an homage to Stewart in the form of a new secret menu item for Arby's, a take on Jon Stewart's favorite sandwich, a double corned beef on rye.

The Jon Stewart engagement put Arby's at the forefront of pop culture for the second time in two years. It was widely considered one of the top brand moments of the year.

The sentiment was overwhelmingly positive with comments such as "Not many brands are this brave or self-depricating" and "A sense of humor still exists in at least one corner of the business world!". 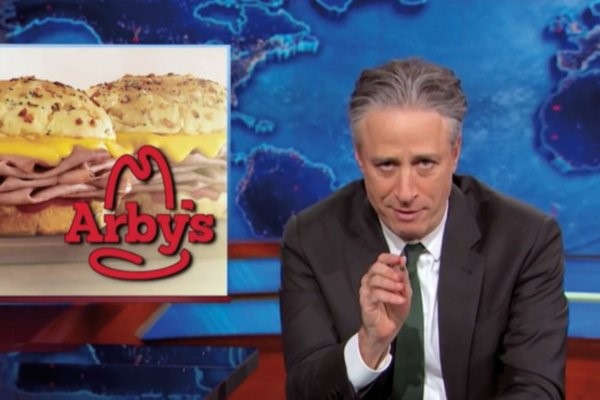 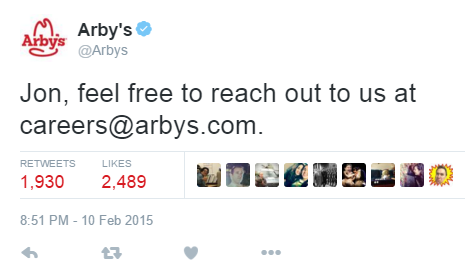