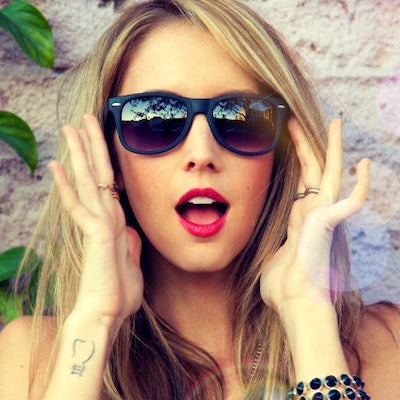 Taryn Southern is to YouTube vlog stars what Stephen Colbert is to Republicans—biting satire at the expense of unintentionally hilarious corners of the internet. After making it to the top 50 contestants on American Idol Season 3, Taryn excelled at YouTube stardom with her “Hot For Hillary" Clinton love song. Now her channel is a treasure trove of star collaborations, inviting singers like Flula, and fellow internet denizens like Nikki Limo and Olga Kay to drink with her on Happy Hour with Taryn. Her talk show Party Fun Times, from Maker Studios, adds some production value and animation to her already humorous combo of parody music videos, candid interviews, and woman-on-the-street segments.