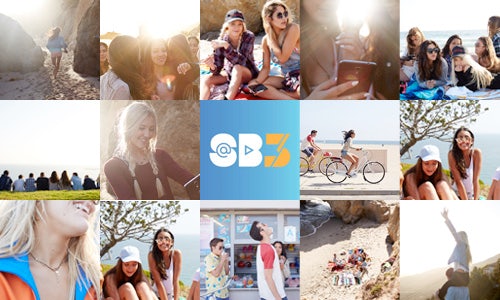 These days if we have a moment to ourselves, we are as likely to scroll through images of our friends' lives than to flip on the TV. The expansion of social networks has made it so that, increasingly, our friends are our entertainment and as such, young consumers are demanding that their entertainment be their friends. Tapping into this trend, we created @SummerBreak, a real time reality show that plays out over eight weeks across social networks surrounding the audience in a participatory multi-screen content experience. Why? To communicate to young consumers that AT&T is the mobile network for the connected generation. In creating the show, we focused on entering the native spaces young consumers were spending time in, authentically, replicating their behaviors all while delivering a consistently unified brand message. Acting like a consumer meant evolving like a consumer; so, in season three, we told our story through YouTube, Tumblr, Snapchat, Twitter, Instagram, Vine, Periscope, Facebook, WeHeartIt, and across the cast's Twitter and Instagram accounts. Behaving authentically also meant that we were upfront about AT&T's involvement–which young consumers appreciated–and, even created digital advertisements as part of the campaign to further highlight the consistent message of AT&T being the mobile network of the connected generation. @SummerBreak quickly attracted hundreds of thousands of millennial and Gen-Zers who tuned in all summer long for new episodes and who truly felt like they have joined not just a "branded community," but a real friend group.

In the world of advertising, fragmented networks can often mean the consumer is being delivered fragmented messages. The digital team does what's right for Twitter, the content team for YouTube, and the brand team focuses on creating ads, but the consumer experience can feel a bit like chaos. Our strategy was to break down traditional inter-agency barriers to work together to deliver a consistent message. We wanted to engage in a way that felt like a "friend" rather than a "brand," so consistency didn't mean staying so single-minded that consumers felt like we were boring them or shouting our message at them, but rather that @SummerBreak was a true part of their summer. To establish a personal connection between the @Summerbreak franchise and fans, the series plays out in real time across nine social platforms and through cast participation.

Over the course of the summer, we strategically tapped into the casts' real network stories–about them using it to be on their grind, constantly communicating with their friends, or staying in touch with their family once they are off to college–to highlight that AT&T is the network for the connected generation, in a way that felt true to our story and our audience. We worked to ensure the emotional brand truth remained the same, even as we utilized differentiated reasons to believe and constructed content bespoke for each platform. Knowing that consumers seek out different engagements from different platforms, we developed a strategy for each platform. For example, Twitter was dedicated to real-time conversation between show, cast and fans. Meanwhile, Periscope allowed super fans to join in on unique experiences (like hanging out around a campfire telling stories) and custom doodles/snapbacks on Snapchat invited consumer participation in the @SummerBreak world. This year, seeing that our audience was organically sharing images of our show, we developed exclusive content for WeHeartIt, delivering it first to super fans and platform influencers, who then shared both with the WeHeartIt community and out to Tumblr.

@SummerBreak traveled to meetups where thousands of fans hung out with the cast, including VidCon–the internet's largest party, and also sent out thousands of pieces of custom, exclusive merchandise to loyal super fans. This year, we partnered with some of the internet's biggest influencers and exclusive media partners such as People 's Snapchat Discover channel to continue to grow our community by generating a sense of FOMO that consumers might be missing out on an awesome, shared experience brought to them by AT&T. By the end of the summer, we had not only delivered a unified brand message, but created a community so strong that consumers were literally contacting us anyway they could telling us they are crying because it's over and begging us to never let the summer end. Or, in the words of YouTube commentator Tayes Smith on @SummerBreak's final episode, "If you didn't cry during the end you don't have a heart. But that was 'best.'"

What started as an experiment in reaching teens authentically has become a revolutionary vehicle for AT&T to consistently deliver the message that AT&T is the mobile network for the connected generation. In three years, this always evolving multi-platform community and entertainment franchise has racked up over 143 million views–validating Buzzfeed's claim that the show is "literally addictive, and it's basically Laguna Beach or The Hills but on social media." The community surrounding the programming has soared to 893K Gen-Zers and millennials–across Tumblr, Snapchat, Twitter, Instagram, Vine, Periscope, Facebook and WeHeartIt. This season alone saw 75 million views, up 65% from the previous summer, and over 1.1 billion impressions with 29 million engagements. AT&T became an even more welcomed participant in the conversation, accounting for 1.5 times the amount of impressions as it did the year prior. With two trailers, 25 episodes–reaching primetime level views–10 advertisements, 11 cast members represented across social, 14 influencer collabs, bonus episodes and bios, 9 social platforms (WeHeartIt, Periscope, Instagram, Snapchat, Twitter, Vine, YouTube, Facebook, Tumblr), People's Snapchat Discover Channel, two meetups, merch and more, AT&T's @SummerBreak is reaching the truly unreachable generation by creating a piece of culture just for them. 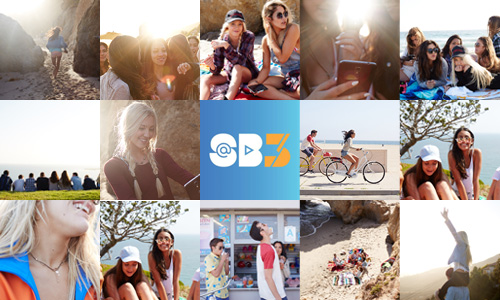