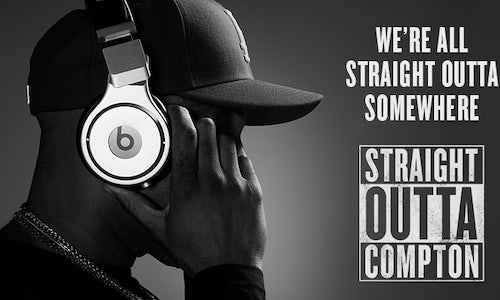 One of the most anticipated films during summer 2015 was Straight Outta Compton. Since the film was going to drive tremendous publicity around NWA and Beats co-founder, Dr. Dre, Beats by Dre sought to create a campaign that would engage fans and consumers beyond the hip hop community and reinforce its position as the leading music and lifestyle brand for everyone.

The strategy behind the Straight Outta Somewhere campaign was to leverage the broad cultural momentum of the film with a simple idea: create a customizable meme that allowed people to "rep their own city." Users would show the world where they're from by uploading their own photo and filling in the blank after "Straight Outta ____."

The meme generator was available via a microsite customized for both desktop and mobile users. Additionally, PMG created unique mobile ad units in which users could create their own memes and share them directly in-ad to their social networks.

To spread awareness and drive engagement, PMG built a media and creative strategy that leveraged mobile and social media. The approach included amplification of the talent content and curation of the "best of" consumer content through the brand's social channels, including Facebook, Twitter, Instagram, and YouTube. Our influencer activation led to organic amplification of the #StraightOutta meme. To ensure the campaign maintained support across all channels during the flight, PMG also launched an extensive SEM campaign to capture search query traffic related to the movie and the meme.

#StraightOutta successfully catapulted from simple meme generator to viral social trend that seeped into the fabric of American culture. With memes generated from hip-hop and sports fans to celebrities, brands, and even the White House, users jumped on the opportunity to make a statement.

As the meme gained momentum, it trended as the number one item on the top three social media platforms in the same weekend (Facebook, Twitter, and Instagram). The mainstream press made sure to follow suit. #StraightOutta was covered in over 100 major news publications and blogs (e.g., CNN, MTV News, Fortune, and BuzzFeed) as a clever marketing effort that not only pushed the Straight Outta Compton film into mainstream culture, but also "took over the Internet." The earned media reached more than 1.2 billion people worldwide.

In addition to being the top trending item on social networks, the campaign was also the top searched term on Google. In total, there were nearly 9 million memes created and shared, 27 million video views, and 13 million microsite visitors.

Another indicator of just how pervasive the meme got was how other marketers jumped on the bandwagon and created their own memes, such as 7-Eleven, Snickers, and Whataburger, to name only a few. The movement also jumped into the political realm, as the White House (controversially) used it to sell the proposed nuclear accord with Iran (i.e., Straight Outta Uranium). In other words, this campaign didn't simply deliver on media impact, but in fact, established culture. 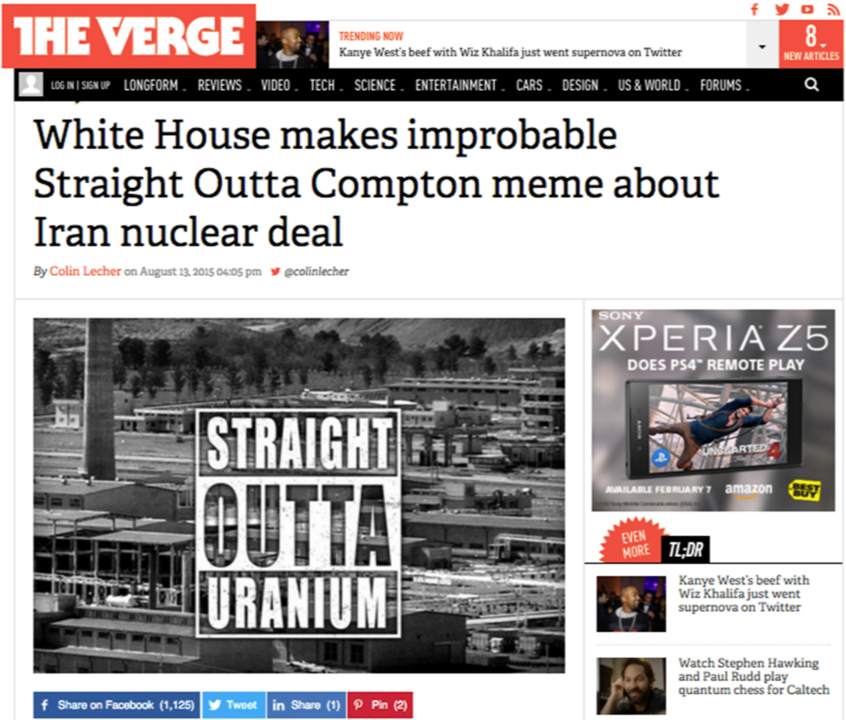 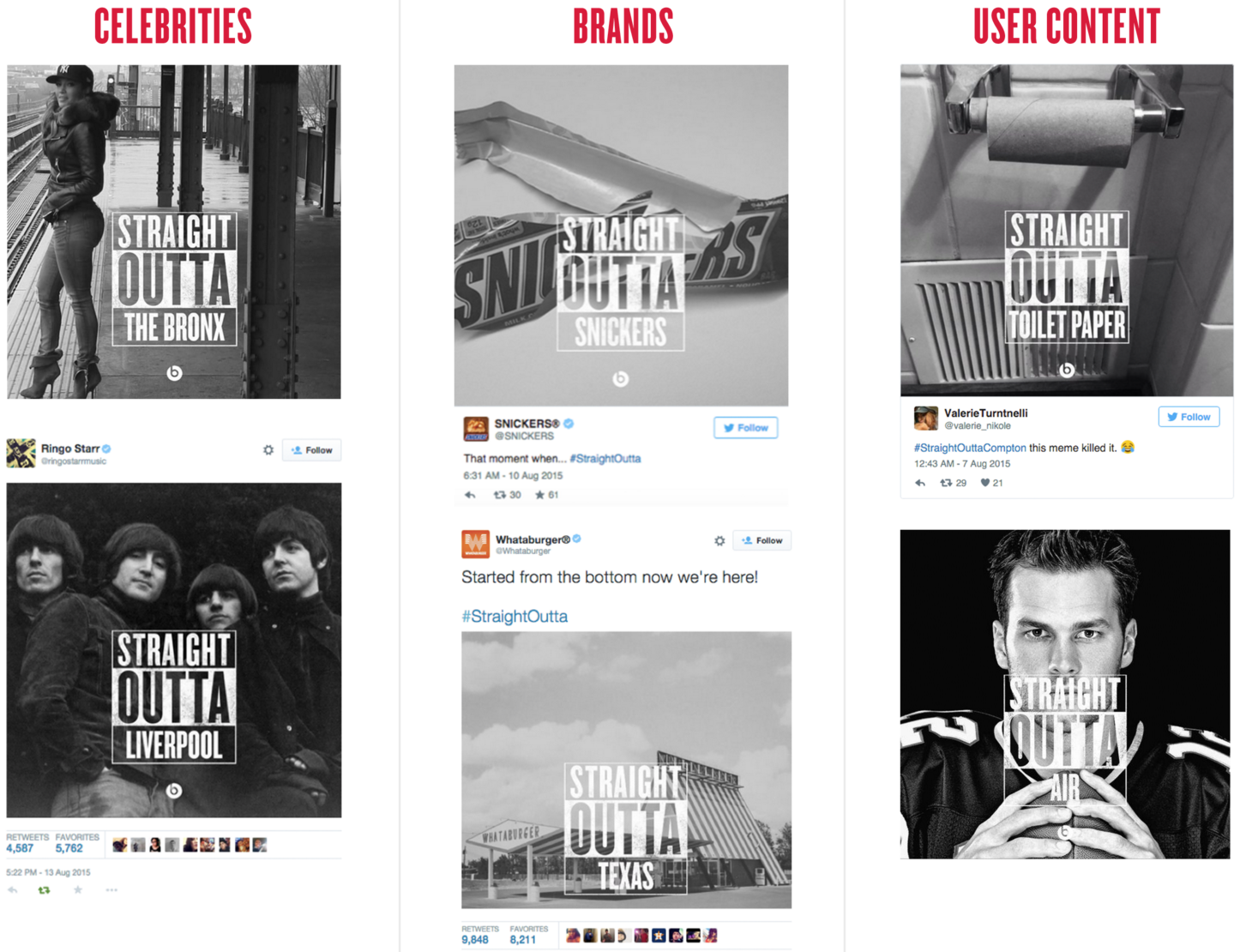