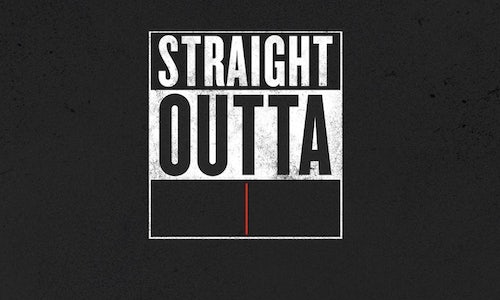 Beats by Dre partnered with Universal Pictures to promote Straight Outta Compton, a film about Beats' founder, Dr. Dre, and his life and career in Compton. Our goal was to start a global conversation that would generate interest in the film before it's release in August, 2015. We also set to demonstrate that Dr. Dre's phenomenal career and origin in Compton were precursors to what Beats has become today.

Our campaign was based on the insight that, like Dre, everyone is proud of where they come from. We created an integrated campaign that gave everyone--from influencers to the average consumer to major celebs--the ability to showcase the pride they have in their cities. We launched a tool on straightouttasomewhere.com that allowed users to upload a picture and stamp it with the Straight Outta lockup, customized to name their specific city. Participants then had the option to download or post their photo to Facebook or Twitter.

Beats knows that influencers are more likely to support a brand if they get something valuable in return--and that that something doesn't have to be money. We invited celebs at the ESPYs and BET awards to have their portraits taken by renowned photographer Jonathan Mannion (of Fader Magazine fame). We then created Straight Outta social posts for each influencer using their Jonathan Mannion portraits. Talent included the stars of the Straight Outta film, up-and-coming musicians from Compton, actors, models, and athletes.

Unsolicited participation from influencers around the world, from Snoop Dogg and J. Lo to the United Nations and the Obama Administration. 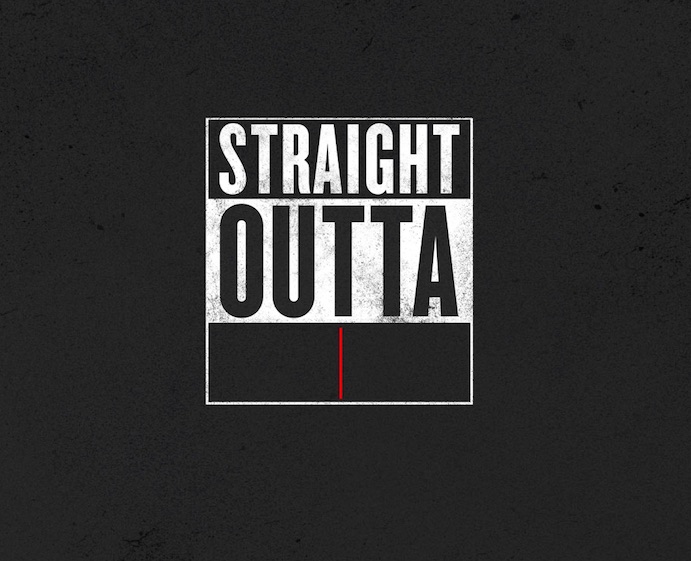 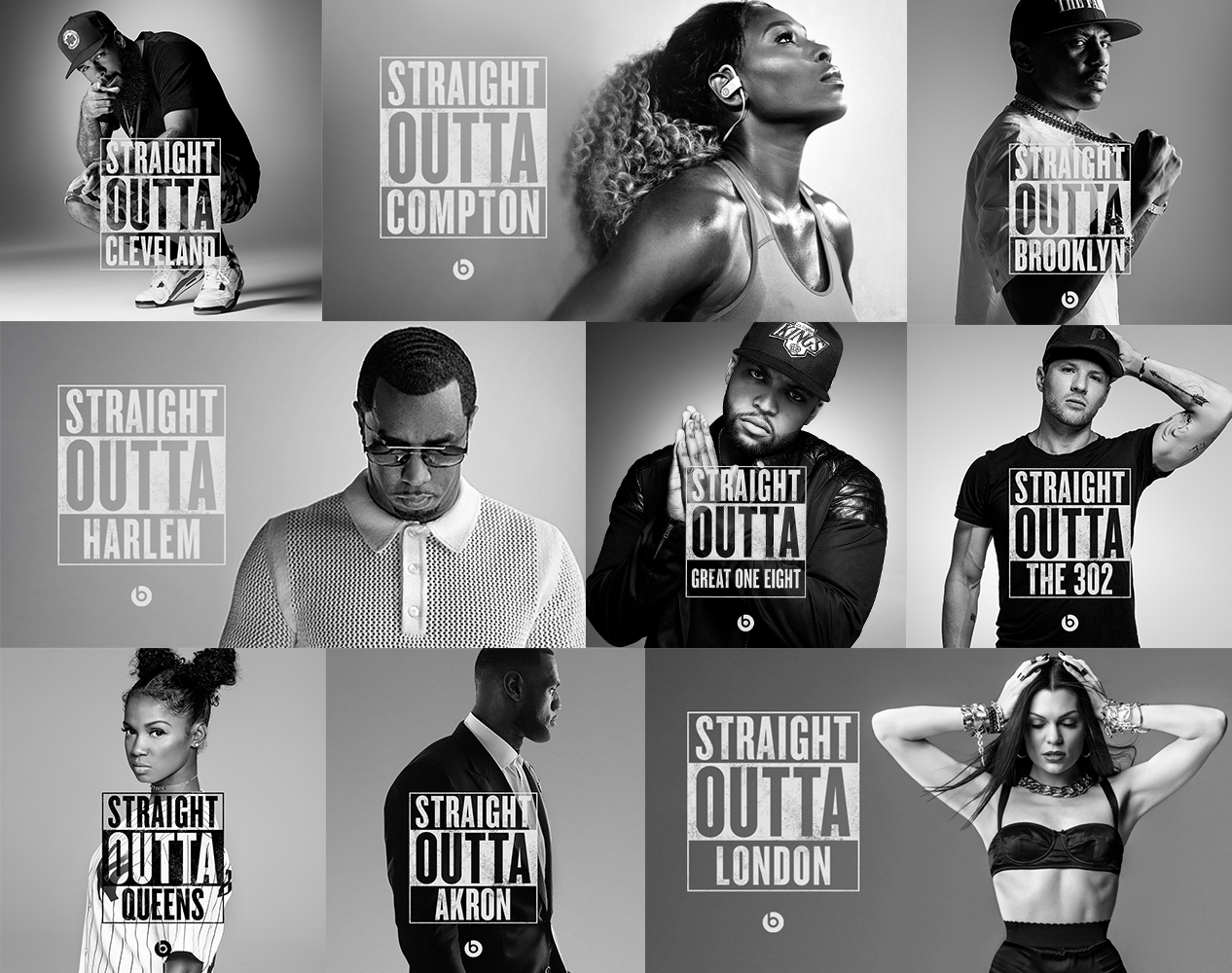 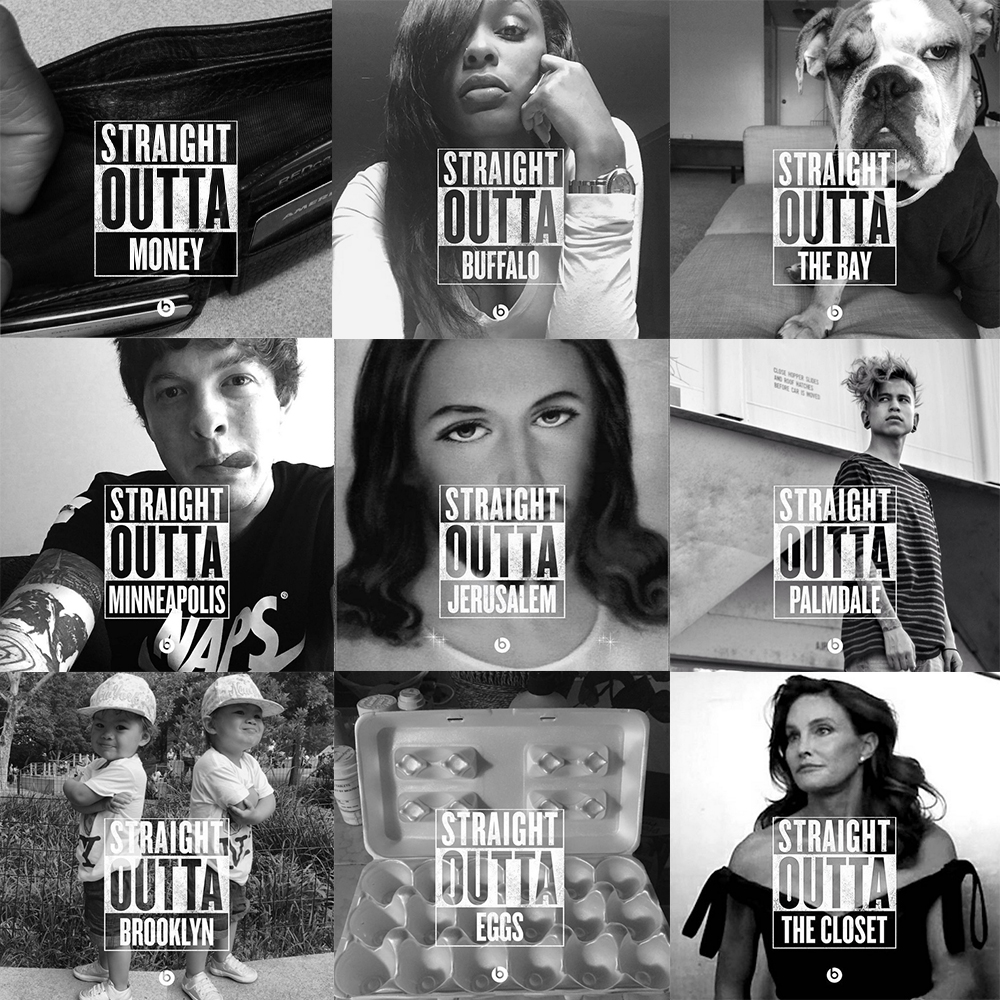