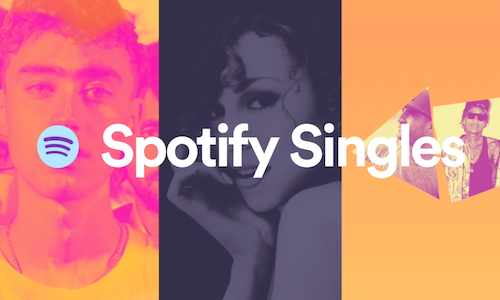 We created a series of experiments we called "Spotify Singles." Each Single took a cultural insight about music and–powered by Spotify data–created a unique, fun way to both share and discover music.

Taste Rewind–a musical time machine that, based on your taste in music, showed you what you'd be listening to in another era, and allowed you to collect each decade's playlist.

MixMates–which took you and a friend's music tastes–no matter how far apart–and generated one awesome "degrees of separation" playlist you both would love.

Found Them First–which used your listening data, and gave you a cool way to prove you really were into an artist before they made it big, and to let the artist know.

Singles had over 2 million visitors, driving PR and social engagement throughout the year, amassing over 200 million social media impressions, and being covered by press all over the globe. 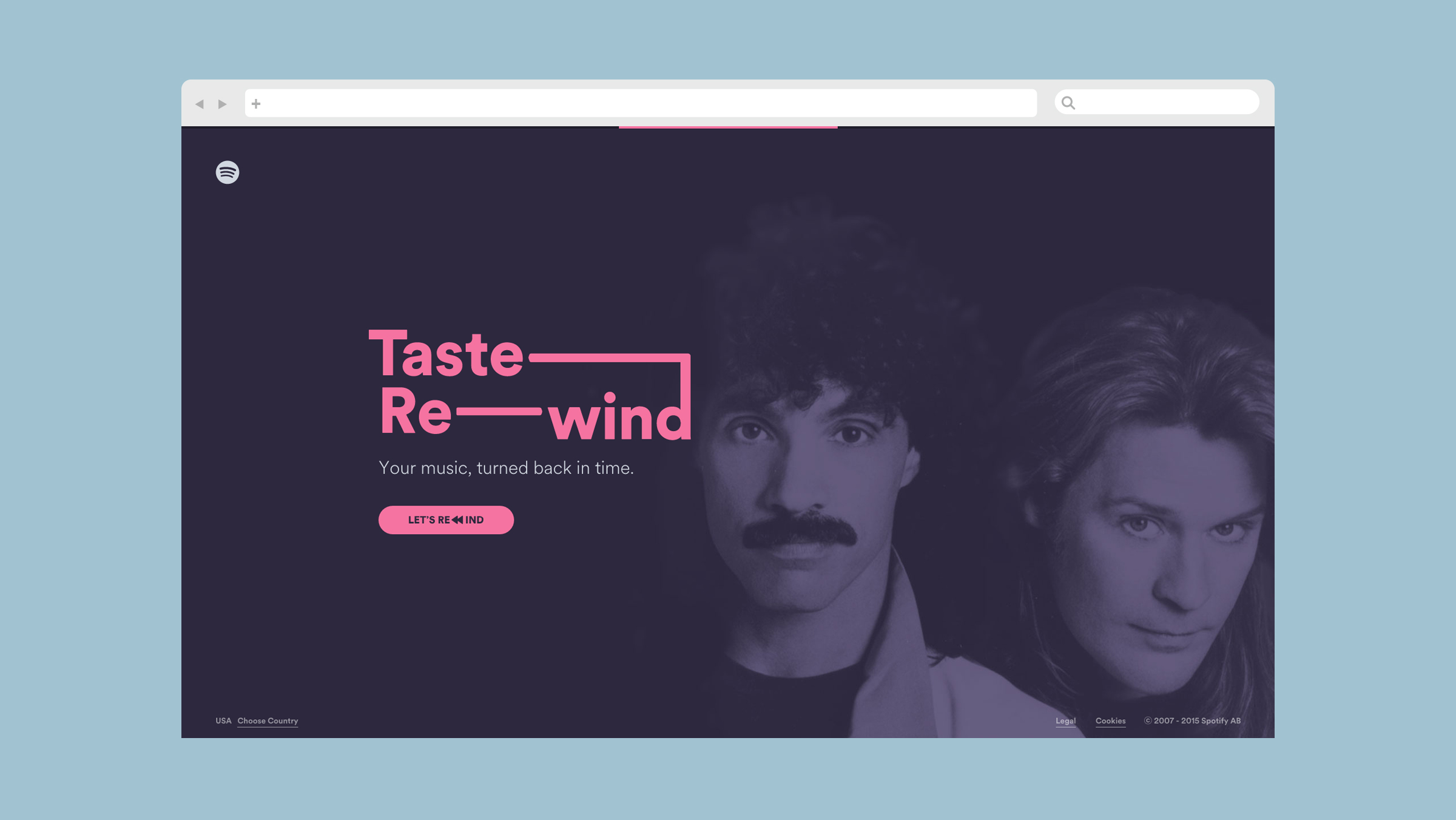 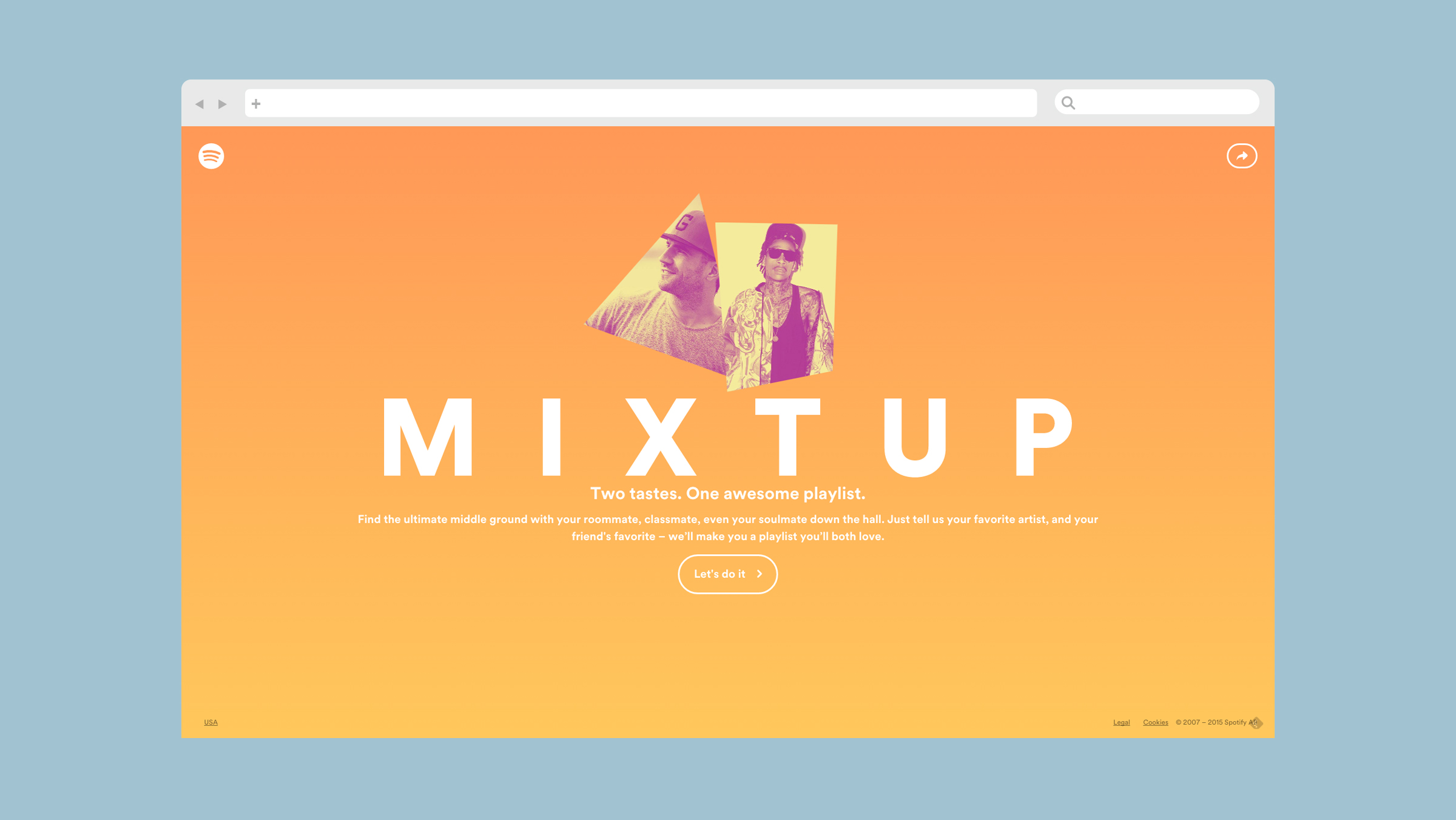 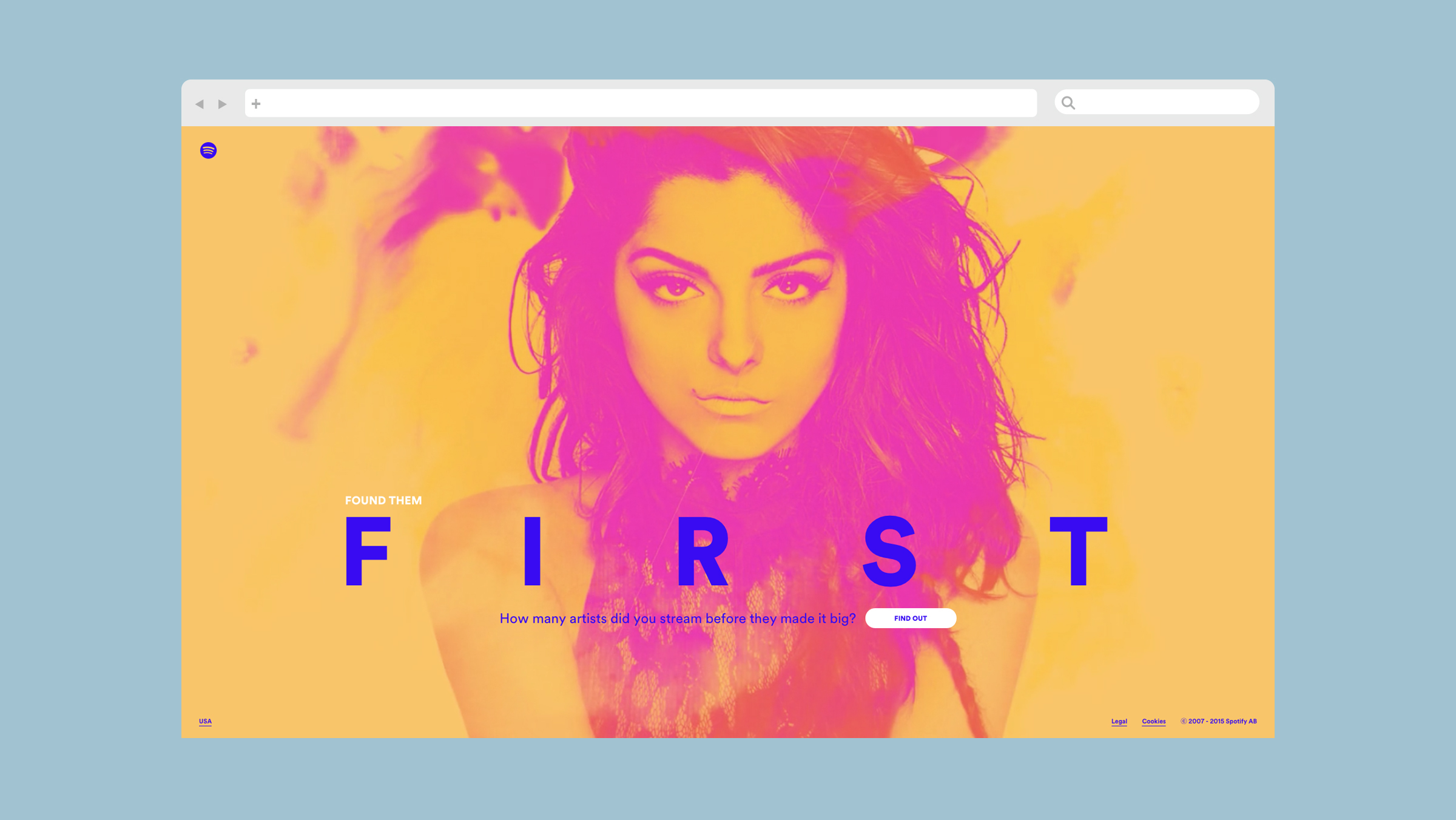 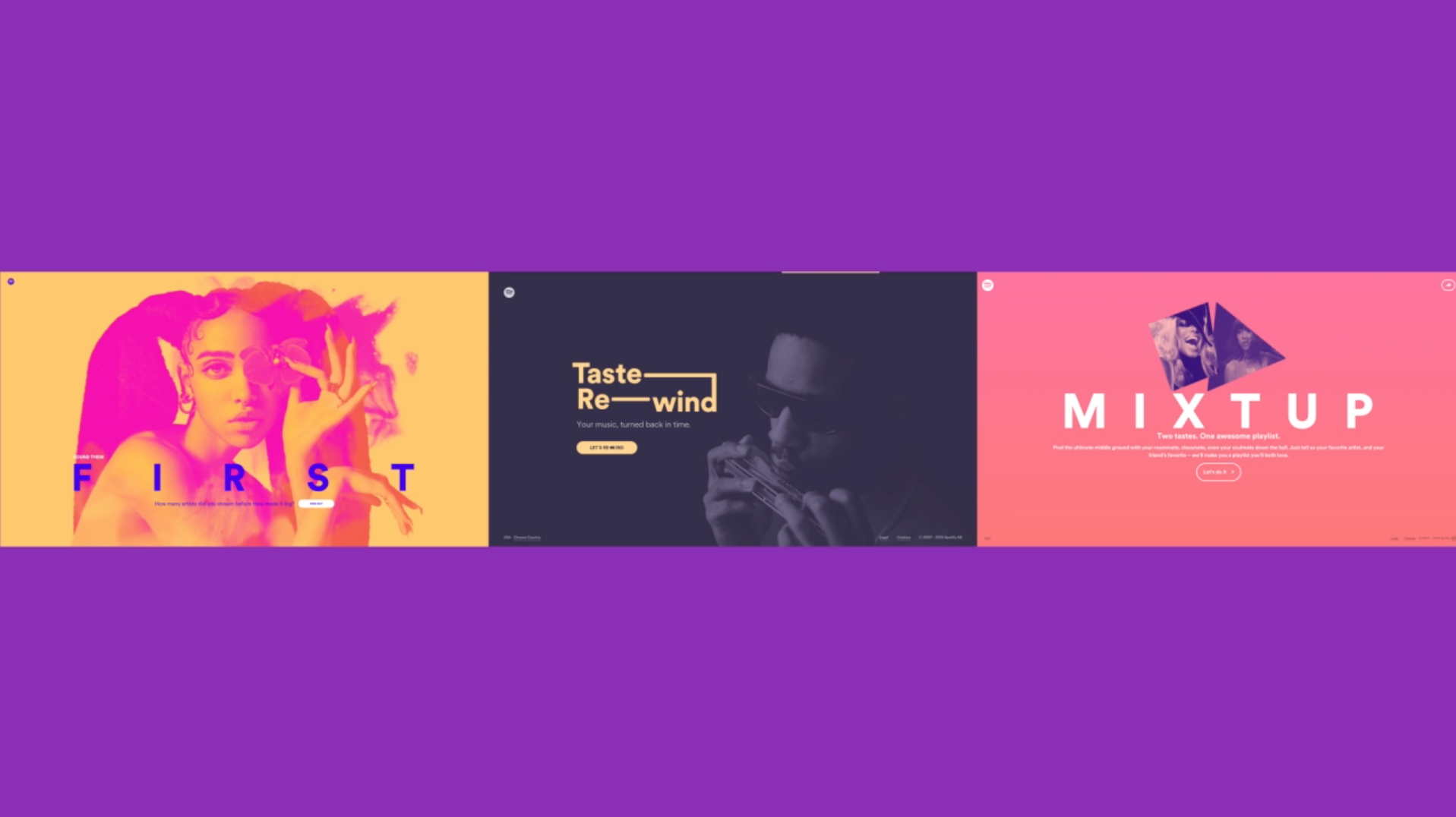 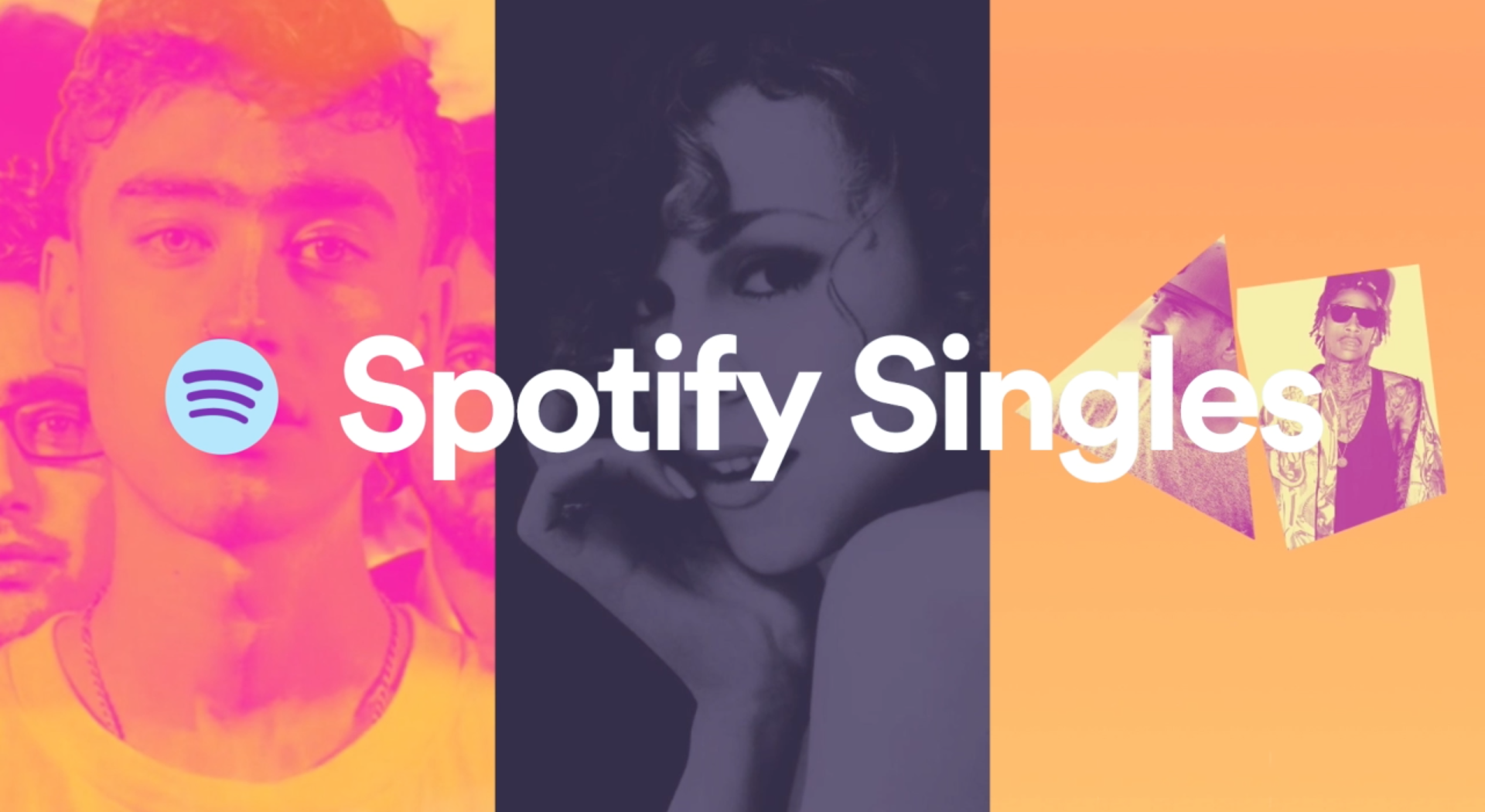