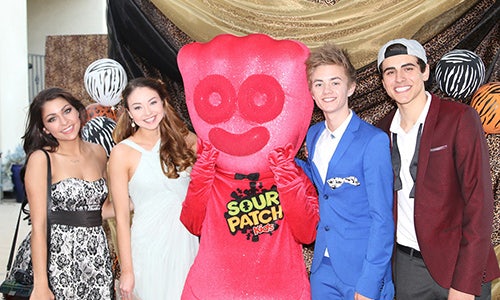 By building a cross-platform program delivering a mix of video, social and live events, the program included seven long form (four to seven minute) videos which all had CGI elements, two video extras for Sour Patch Kids, one Vine video, 26 social posts on Twitter and Instagram from talent and one fan event with talent participation.

Our creative approach for Sour Patch Kids Breaking Out: Prom, allowed three character narratives to play out simultaneously on three different YouTube Channels with a finale bringing all the stories together.

By showing that we understand teens and the millennial mindset we captured their interests and behaviors.

We wanted to seamlessly tie to other IMC activations within our program window. Aligning with Sour Patch Kids' #PROMPosal Tumblr contest, we gave fans of the series the chance to attend the first Sour Patch Kids Prom with the influencer stars. Winners were choosen from fan-created Promposal videos asking the influencers to the dance.

With it's sour then sweet message, Fullscreen wanted to reinforce the brand's credible and authentic voice within teen culture by putting together the animated characters with our top digital stars. The favorability score of our YouTube content (99% likes vs. dislikes) proved how well received the brand content was with passionate fan bases.

Our media strategy was mainly driven by the built-in audiences of the superstar YouTube talent that were casted for the series. By posting video natively on high profile channels, we were able to guarantee massive audience viewership for each video. Smaller scale promotional strategies used pre-roll media products on YouTube to distribute custom promotional spots with our talent driving additional views of the content.

Our challenge was to get 13-24 candy lovers to pick the pucker of Sour Patch Kids by daring them to embrace the consequences of sour moments that quickly turn sweet. Driving awareness of the sour-then-sweet messaging of Sour Patch Kids, we amplified key in-market activations such as Prom. Aligning the brand tone and positioning, programming Prom moments that infused the "sour-then-sweet" messaging meant key influencers had to be chosen. Themes that revolved around dating, crushes, drama and of course, the Promposal, helped put together the Prom event.

Content also required the use of Sour Patch Kids CGI characters, requiring our brand series to integrate sour-then-sweet actions from the characters in ways that aligned to the Prom themes.

Tapping into relevant, influential talent we leveraged Andrea Russett, Jack and Jack, and Meredith Foster as brand ambassadors who altogether have a total of 10MM subscribers.

We built a cross-platform program that delivered a program of videos, social posts and live events which included seven long form (4-7 minute) videos with all CGI elements, two extra videos for Sour Patch Kids, one vine video, 26 social posts on Twitter and Instagram and one fane event including all talent.

Our program drew over 700,000 engagements with content on YouTube and social that was driven by influencers and their excitement for the program.

There are over 24,669 posts across social media platforms that included Twitter, Facebook, YouTube, blogs, forums, aggregators and news sites, that related to our Sour Patch Kids campaign from April 9, 2015-July 15, 2015. 91% of this conversation were driven by Fullscreen's influencers.

With a goal of 4.2MM views, this program hit 6.5MM US views which was 200K more than our aggressive guarantee. Garnering about 43% more views than the average branded content with the same influencers, this proved fans loved this branded series. Our prior season of Breaking Out, it had gained 900K views in the first 6 months which resulted with a 123% bump in viewership of this 2015 program. 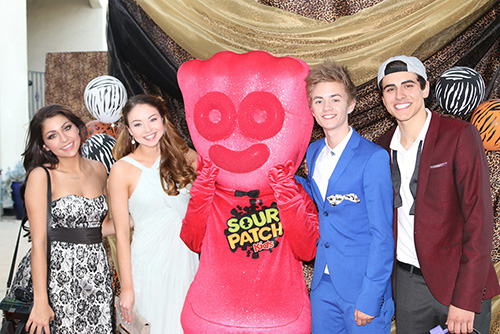