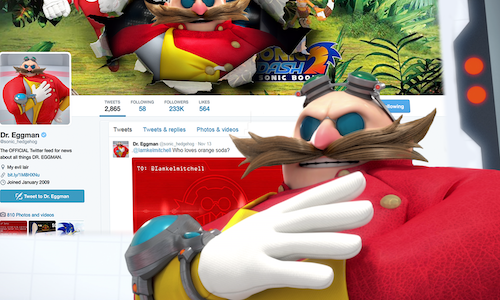 Everybody wants to rule the world. And in 2015, Sonic the Hedgehog's Twitter account was well on its way to doing just that. As part of a global effort, to elevate the Sonic the Hedgehog brand—not simply focusing on Sonic Boom or the TV show—we set out to do something different.

It had been a year of many firsts for the brand, but Sega wanted to go bigger, more evil… more… mustachioed. So we joined forces with them in a diabolical scheme: we would invite Sega's oldest, most iconic villain to take over the official Sonic Twitter channel for a day. Enter: Dr. Eggman.

We produced an unprecedented social event that was two parts radio-play, one part ask-me-anything. A full-blown writers' room of creatives and Sonic Boom showrunners worked together to deliver real-time, personalized responses to fans who tweeted their questions with #AskEggman.

With a combination of Dr. Eggman's voice talent and custom assets, we activated Sonic the Hedgehog's Twitter audience and beyond by Dr. Eggman's voice and personality by engaging with fans of the character and brand. Each reply included a customized, animated image paired with a unique audio reply from the voice of Dr. Eggman himself, veteran voice actor Mike Pollock.

Fans weren't the only targets of the mad scientist —Polygon, Archie Comics, and comedian Kel Mitchell were also invited to the join the conversation. The voice of Sonic, Roger Craig Smith, even made an unscripted cameo by posing as a not-so-innocent fan. 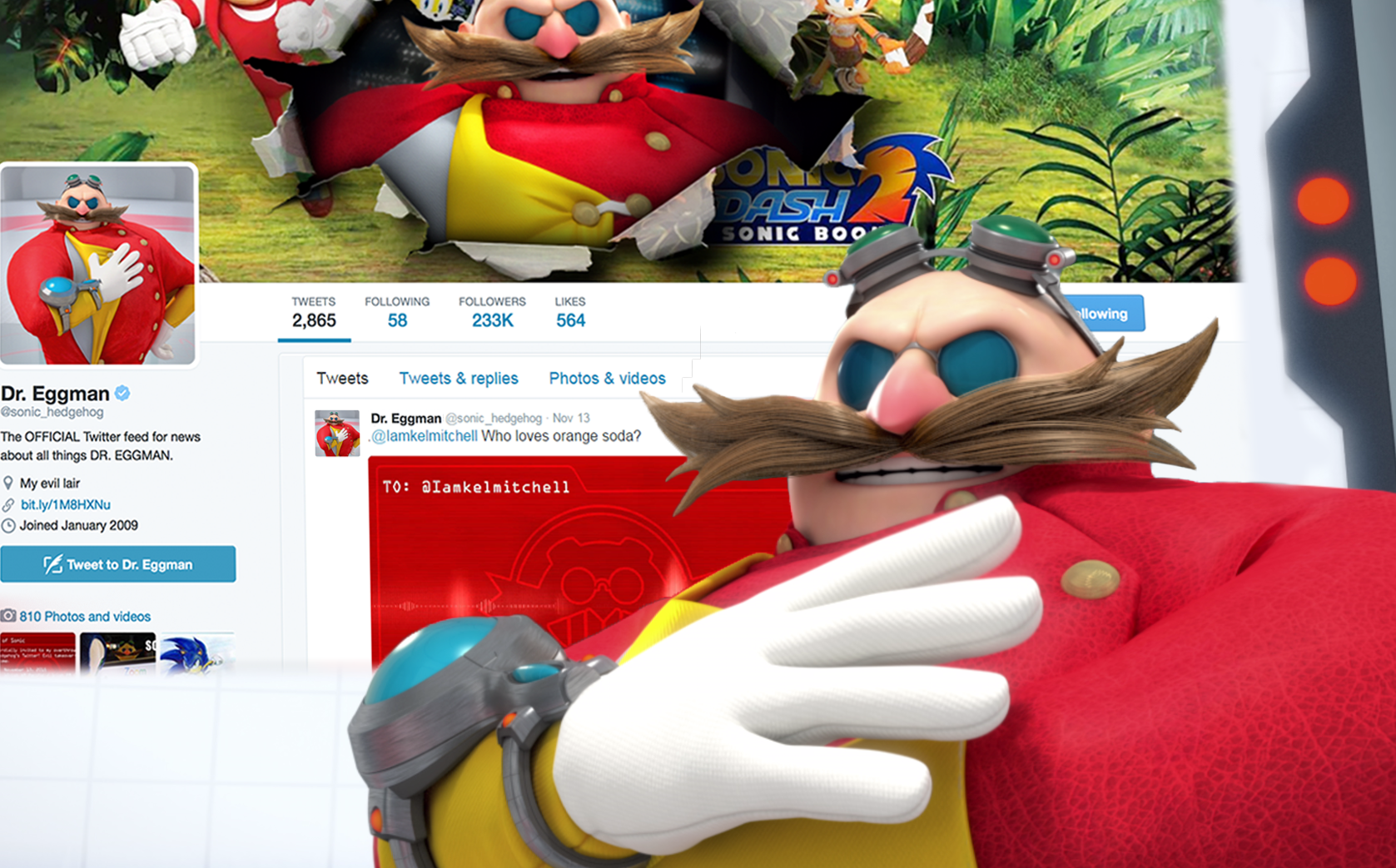