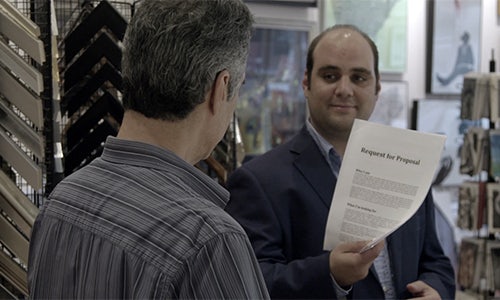 Say No To Spec

Bronze Distinction in Business to Business

Five years ago, our agency made an unconventional decision to say no to speculative work in pitches. Despite being a startup with only a few clients at the time, we started saying no to free spec creative work in pitches. It was a risky move for an agency in its infancy. It meant that we would end up walking away from nearly eighty percent of the RFPs that landed in our inbox. In the beginning, it even made a lot of Zuligans uncomfortable. It left potential clients confused. After all, who says "No" to new business? Some potential clients were angry with us. Some thought we were crazy. Since we made the decision, our 'no spec work' approach has become an intrinsic part of our new business philosophy. We'd like to help unchain clients and agencies from this outdated process. Because we really do believe that it's bad for clients. It's bad for agencies. And it's bad for the entire industry. And so we wanted to create something that highlighted this important value in a provocative and entertaining way.

Agencies have been doing "spec" creative in pitches since the Mad Men era. It's become a fact of life in the advertising industry. It is something, however, that not only hurts agency bottom lines but hurts clients as well. It shifts agency resources, for example, away from current clients that are paying for them to potential clients that are not. This is something that just doesn't seem right to us here at Zulu Alpha Kilo.

So in order to change this antiquated practice we set out to show how absurd it is. And what better way to do that than to compare our industry to others? From this sprung the idea to film the reactions of real people in other industries to the request for spec work. What would happen? We decided to find out.

We created a two-minute film featuring everyone from a restaurateur to a personal trainer to an architect being asked to work for free. Participants had no idea what was about to be asked of them. Reactions were entirely unscripted. The resulting film skewers the notion of spec work while proposing a radical idea to the industry: it's time to do things differently.

The day after it was released online, the film became the third most-shared content on the Internet. Our agency's founder reacted quickly with a blog post. The post was picked up by Adweek and was widely shared.

Within just four days, the film amassed over one million views and generated worldwide press and worldwide debate over the value of offering free work to prospective clients.

The video hit a nerve with people both inside and outside the ad industry, with freelancers, contractors, photographers, web designers and myriad other professionals rallying behind the cause using the video's hashtag #SayNoToSpec.

People flooded our "Say no to spec" website, contacting the agency and expressing their solidarity with the pursuit. We received many requests from around the world to use the film in pitch training courses, conferences and at other awards shows.

Our film has been featured in publications in Canada, US, UK, Brazil, India, South Africa, and Singapore and was translated into German, Polish, Thai, Chinese and Spanish. The Spanish version alone has over 100,000 views.

Ironically, since the film's release Zulu has received the most new business calls in its seven-year history.

Video for Say No To Spec 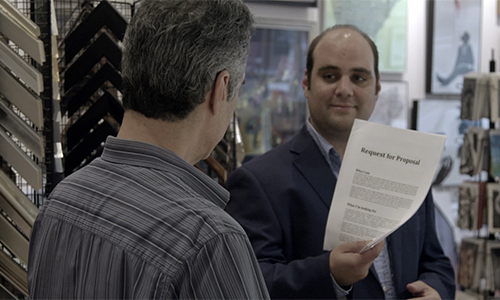