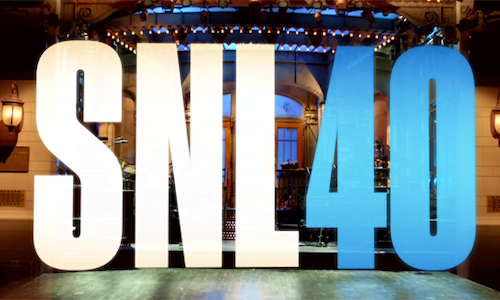 From the moment George Carlin took the stage of Studio 8H in 1975 for the show's first monologue, to Jimmy Fallon and Justin Timberlake's musical retrospective that opened the show 40 years later, Saturday Night Live has remained one of the most social shows on television.

SNL's television and social evolution hit its peak on February 15, 2015 as the show celebrated its 40th anniversary with a star-studded, 3 hour live special that set ratings and social TV records.

SNL 40 was the most-watched prime-time entertainment series episode since May 2004, with 23.1 million viewers (Nielsen). Tweets about the program were seen a record-setting 188 million times in the U.S., making it the most tweeted about TV series episode in history (Nielsen Social).

NBC and SNL's planning and execution in the days and weeks leading to the show, as well as during the show and in the days just after, allowed it to capture moments from this historic night of television across a wide variety of social TV platforms.

ANNOUNCING SNL 40 ATTENDEES VIA SOCIAL MEDIA: In addition to the traditional :30 and :15 on air promo spots, SNL announced many of the biggest names involved in the show through short-form native video on Facebook, Instagram and Twitter. These videos generated over 34M views on Facebook alone.

LAUNCH OF SNL APP: The first-of-its-kind SNL app launched a few days before the SNL 40 event, giving fans a unique video experience to browse, search and view the 40-season SNL clip library. SNL fans have streamed over 100 million videos from the highly rated app since its launch.

40 FANS FOR THE 40TH: To help fill the SNL 40 red carpet bleachers with SNL fans, NBC launched a "40 Fans for the 40th" promotion on Instagram that gave fans the chance to attend the red carpet show by submitting their best "Live From New York, It's Saturday Night" :15 video read.

SNAPCHAT OUR STORY: SNL used the occasion of the 40th to launch SNL on Snapchat with an Our Story feature that aggregated the best photo and video snaps of the night from both SNL as well as fans on gathered in or around 30 Rockefeller Plaza for the SNL 40 special.

INSTA-BUMPERS: For SNL 40, photographer Mary Ellen Matthews recreated her iconic on-air photography look in near real-time exclusively for Instagram, producing images of celebrity attendees in a matter of minutes.

SNL SOCIAL ROVERS BEHIND THE SCENES: Taking advantage of access few people had that night, NBC's social media team provided fans an exclusive behind-the-scenes vantage point. These videos and photos became some of the most popular content of the night, picked by a variety of publications, from US Magazine, New York Daily News, Buzzfeed, PopSugar and more.

LIVE FAN INTERACTION ACROSS SOCIAL PLATFORMS FROM THE WAR ROOM: A team of 25 people staffed a social media war room located within 30 Rock. The team worked though the night, creating content, engaging influencers and fans in real time, scanning for social trends and capitalizing on them to create a two-way conversation between viewers and the show.

FAN ENGAGEMENT: The social conversation around SNL 40 began during the show, but continued in the days following. NBC social media managers continued to retweet, reblog, share and interact with fans and celebrities.

YOUTUBE: Select segments from SNL 40 were published to YouTube, generating over 17 million views on 40th anniversary content, over 1.5M hours watched and a 70% increase in subscriber growth the week after the anniversary special aired.

SNL 40 VIRTUAL REALITY EXPERIENCE: Working with Chris Milk and VRSE, his virtual reality production company, SNL captured this historic event in this emerging format, allowing users to experience the show and studio 8H as never before.

6.3M people generated 13 million interactions related to "SNL 40" on the day it was broadcast 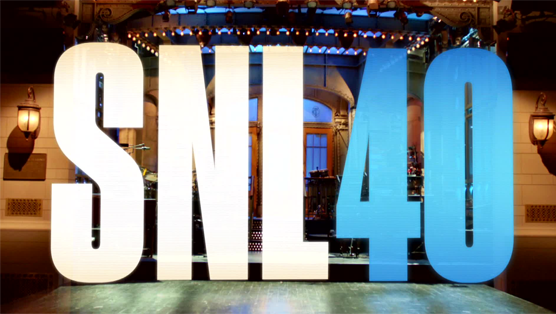