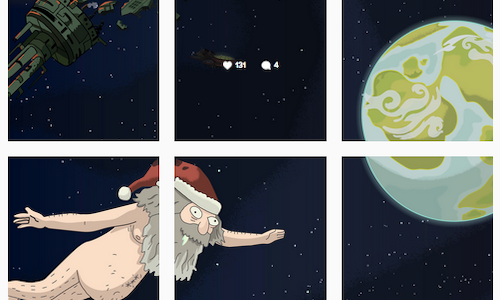 In Rick and Morty, the title characters travel into new worlds each episode through portals that transcend time and space. To build on Rick and Morty's cult following and critical acclaim, Adult Swim sought to ignite their fan-base and reach new potential fans with an interactive social stunt that seeded content in a buzzworthy execution.

Adult Swim challenged its agency, Carrot Creative, to tap into native digital and social behaviors to create something user-friendly but unconventional, which would ignite fans and press to work as evangelizers.

The other worlds that Rick and Morty travel to in each episode are just as important and the world they reside in. However, they wouldn't be able to get anywhere without the portals through which they travel. For the season 2 premiere, Adult Swim excited existing fans and sparked curiosity among potential new viewers by bringing the experience of those travels to our social world.

Leveraging Instagram's photo tagging feature, Adult Swim created an adventure game built entirely on the Instagram platform. First launching with 80 accounts and over 1200 images, the platform's photo-grid UX design and the tagging functionality allowed users to travel through 11 different worlds featured in the show. When you tap an image, tags come up. Tap again and you can be transported somewhere completely different. Within each world, fans discover exciting easter eggs, seeding advanced looks at season 2 clips, custom comics derived from the show, and tamagotchi-inspired toys that allow the user to choose the fate of the show's most iconic characters. Put in Rick and Morty Terms: It's like a rabbit hole of worm holes. You can travel to Gazorpazorp if you want, or you can go to Anatomy Park via the nipple of giant, dead, naked Ruben in a Santa hat. You can even check out the mysterious Citadel of Ricks wherein all the multiverse's Ricks have coalesced and formed a governing body. Pretty creepy, right!

Surrounding the Instagram experience is a rich multi-channel promotional scheme designed to ignite the target audience where they live. Instagram paid media, Influencers, media sites and the brand itself posted key art that features a portal to the universe that will take the user directly into the Rickstaverse. A how-to YouTube video was seeded to media to define the experience within the brand voice. On air bumps and live-streaming demos further pushed awareness of the experience to devoted fans and new content consumers. 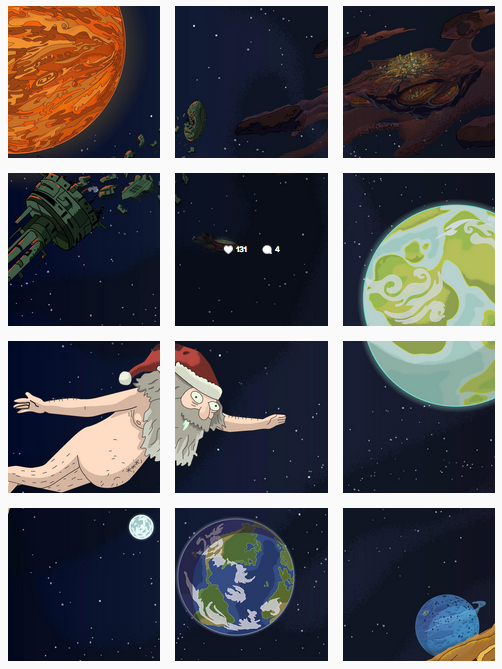