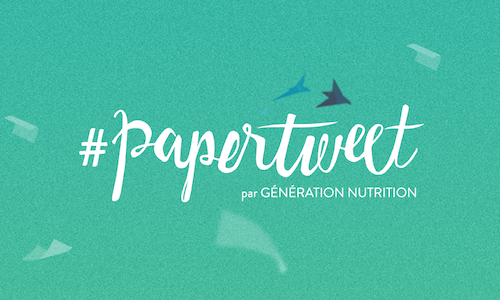 #Papertweet is a social crowd-speaking campaign aimed at increasing politicians' awareness around undernutrition.


Despite undernutrition killing 3 million people every year, France spends less than 1% of its budget on fighting hunger worldwide.

Action Against Hunger (Action Contre la Faim) teamed up with charity group Génération Nutrition to create #Papertweet, a way to give a voice to all those suffering from hunger.

The concept: distributing "Papertweets" to people suffering from undernutrition, giving them the means to voice their own misery.

We went to Haiti to meet people suffering from hunger and shot video to help document their pain, and help us spread the word about the campaign. We then distributed blank "Papertweets" and encouraged people to fill them in with their personal messages to our politicians.

We repatriated, digitized and published online on papertweet.org and used ACF social channels, blogs and media to spread the world and encourage people to go to the plateform, choose a digitized "Papertweet" and send it via Twitter to a politician.

All "Papertweets" were scheduled to be sent at the same time on June 15th, the global day of action against hunger, in order to put enormous pressure on politicians.

Thousands of tweets were sent on the 15th of June, the global day of action against hunger. Among those who sent tweets, were one of the most influential and popular French journalists, singers, media, and blogs.