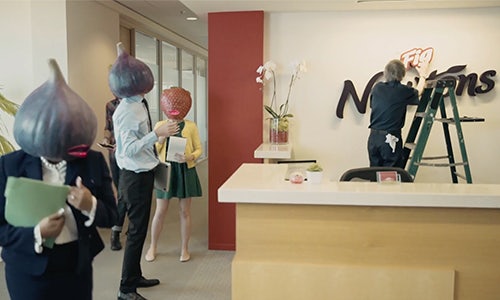 In 2012, after more than 120 years as a fig-centric cookie brand, Fig Newtons decided to finally recognize the new flavors – like Strawberry, Triple Berry, and Apple Cinnamon— that had gradually entered their product line and embrace a more fruit-forward future. They dropped "Fig" from the name and, essentially overnight, became simply "Newtons."

When morning dawned the day after, you'll never believe what happened. Nothing. Save for a few articles and a tweet or ten, nobody noticed. And three years later, people were still calling them Fig Newtons, if they were talking about them at all. Which they weren't.

The brand asked us to help promote a Feeding America initiative called "A Lot of Fruit to Give." They hoped not only to do some good, but also to raise awareness of their "not just fig anymore" offerings by donating fresh fruit to folks in need.

We were thrilled to come aboard, but we knew there was a much larger story to be told. A story that could not only plug the Feeding America program, but reinvigorate the Newtons brand and put these century-old cookies back into the mouths of millennials. And we needed to tell that story from the inside.

In order to reach the new Millennial target audience, our creative team approached the challenge by mimicking a sense of comedy that we knew would resonate well within this group. Enter: Now We're Newtons. From writing the extremely witty script, bringing the illustrated fruit heads from paper to a real life concept infused with talking mouths and quirky attitudes, to coordinating a production schedule, holding casting calls and producing an entire series of short videos, the Weber creative team ensured hilarity would ensue.

This hard work and ingenious determination resulted in Now We're Newtons, an episodic comedy series that observes a company in transition from "all fig all the time" to "not just fig anymore." The mini sitcom office comedy starring fruit-headed, up-in-arms employees of Newtons was shot in :60-ish shorts as a mix of both observed scenes and "confessional" style interviews. As such, the characters are highly aware of the camera at first and gradually learn to either ignore it or use it to their advantage. The overall series was filtered with dry humor, hilarious "fruit-headed" stunts, and a catty office politics, which the average young professional can always relate to. The execution included a trailer and three episodes.

The measure of success was tracked through video views, both organic and through our paid media partnership with BrightRoll. We leveraged BrightRoll's large video advertising network of more than 21,000 websites and mobile apps to drive eyeballs to Now We're Newtons. The result – above industry average completion, click thru and viewing rates. In other words, people liked our videos.

Through the use of BrightRoll, the video views increased immensely and word quickly spread about The New Newtons. With only $30,000 in paid media, the videos earned a .33% Click thru Rate, exceeding industry benchmark of .20% by 65%. The YouTube Button overlay on video increased clicks by 20% overall and the strongest content segments that picked up the video include News, Entertainment, and Women's Lifestyle. 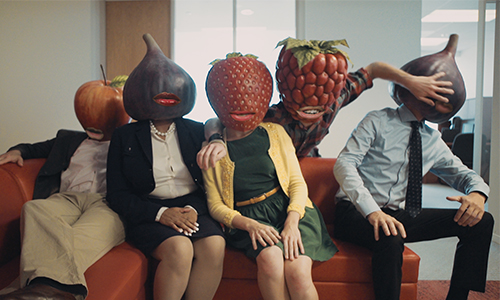 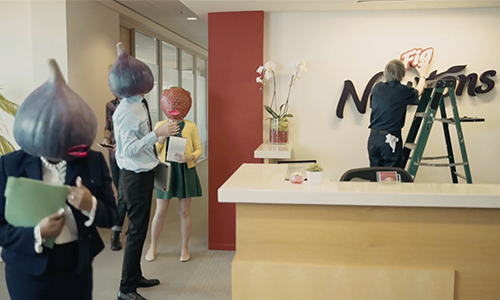 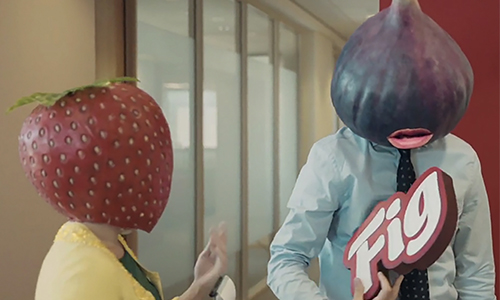