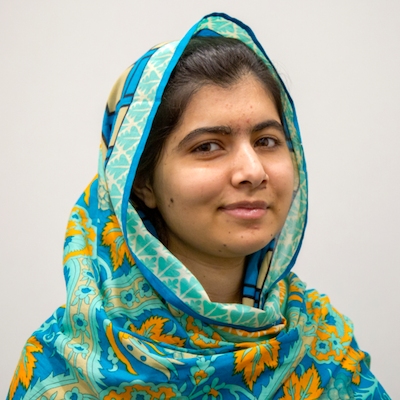 Malala Yousafzai is the youngest ever recipient of the Nobel Peace Prize, after standing up for her right to education and surviving a gunshot wound to the head. Undeterred, she continued her fight against Taliban rule in Pakistan. He Named Me Malala, a documentary following Malala’s journey to activist stardom, premiered in 2015, and she also opened a school in Lebanon for Syrian refugees, inspiring the Indian Minister of Education to make education a priority for 8 million Indian girls. The audiobook for her memoir, I Am Malala, won a Grammy, and her interview with Emma Watson led Malala to pronounce she considered herself a feminist.