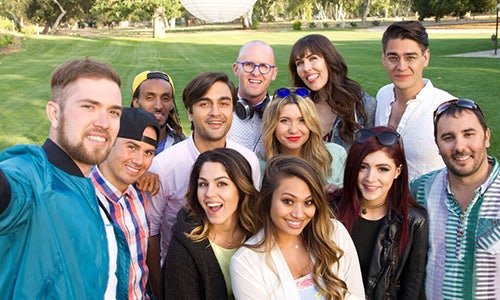 Develop custom content using a mix of organic viewership and paid media viewership as well as distribution of brand creative assets to reach the intended target demographic of Possibility Embracers.

As this program (and many of the elements within this program) have never been implemented by Lipton or its competitors, each of these objectives was significant to the success of this program.

Each selected influencer was strategically chosen to build onto the #BeMoreTea story and bring fans through the full journey - from the invitation all the way through to the dessert course of the main event. PES Films, famed for his stop motion animation, kicked off the program developing a unique invitation to fans and influencers to join the #BeMoreTea journey and prepared his main dinner dish, mussels. Followed by Megan Batoon who showed fans the ritual of Lipton Iced Tea preparation and prepared her favorite salad for the event. This then led, directly into the main event video – a summer mealtime celebration. During the event video we see moments from the first two videos (PES mussels and Megan's tea), as well as teases to three follow up videos. To extend the strategy of bringing friends and family together, these videos featured a dance off featuring Nonstop, Poppin John, the magic of Calen Morelli, and a unique music video featuring the best scouting talents of Fresh Big Mouf.

By utilizing popular YouTube influencers, our #BeMoreTea program benefits from a built-in, organic audience of millions of potential viewers. As part of their participation in the program, the influencers also provided social promotion driving additional awareness for Lipton Iced Tea and the #BeMoreTea campaign. The influencers were selected not only for their ability to develop great content for Lipton but also based on the audience demos they delivered. It was vital for our strategy that the influencers delivered the audience target of Possibility Embracers. To provide additional paid media support to our program, we utilized a mix of media products including custom pre-roll and YouTube's media products.

We utilized YouTube's TrueView product to extend viewership of both the custom content we created as well as Lipton's own brand asset. We implemented extensive hyper-targeting with each video within the series to be distributed to an audience that met the brand's demographic and goals as well as resonated with the viewers of the content. Utilizing our full suite of proprietary targeting and optimizing tools, we consistently modified the campaign to meet the plan's KPIs towards optimizing for views, earned views and subscribers towards Lipton's YouTube channel.

The Fullscreen/Lipton #BeMoreTea program was a tremendous success across all campaign objectives which over delivered on a number of levels.

An additional success to the program is the addition of 4,500+ new subscribers to Lipton's YouTube channel.

Through Radian6 social listening tools, we found that the social conversation around this program resulted in significantly higher conversation that combined the brand "Lipton" along with food related words such as mealtime, potluck, etc.

Not only did this program deliver on all intended objectives, it succeeded by bringing together twelve influencers and their millions of fans for an event like never before in the world of YouTube! The content continues to live on the various influencer channels providing a continuous brand awareness beyond the time frame of this program. Fullscreen's Lipton program is an integrated experience that continues to raise the bar for branded content. 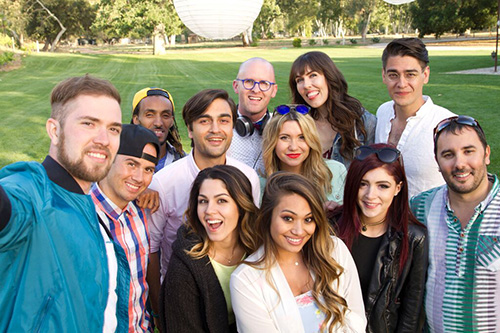