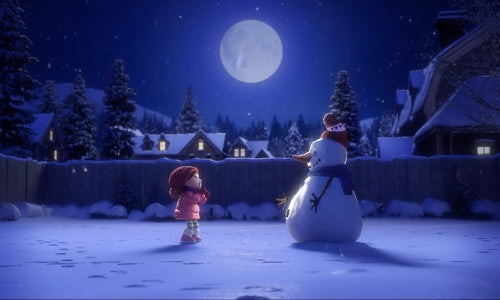 Great brands are anchored in a higher purpose. For Cineplex – the largest theatre chain and one of the largest entertainment companies in the country – that purpose is helping Canadians "prioritize pleasure". Cineplex believes entertainment is meaningful and we could all use more of it in our lives.

Our objective then was to inspire people to rediscover the importance of entertainment and, through the power of storytelling, go from being a company that plays other people's stories to a brand that tells their own stories too.

The busyness of day-to-day life can consume us and over time, we lose perspective on the things that are most important. People of all ages need to be reminded of the bigger picture—that there is more to life.

It's this perspective we need more of and what better place than Cineplex to rediscover it. When we ask people to "See The Big Picture" we are not only reminding them of an unrivalled entertainment experience, we are also asking them to rediscover the meaningful role entertainment can play in their lives.

To launch the platform, we created a short animated film that told a parable of entertainment in a woman's life, from childhood to adulthood.

The film was released online on Facebook and YouTube on December 15th and features a cover of Genesis "Follow You Follow Me" performed by Canadian singer Adaline. It began playing in-theatre during pre-shows on December 18th alongside the release of Star Wars. Movie posters, trailers, a "Making-of" film, social media posts and more supported the film's release.

During the film's first 12 days (Dec 15-27), the film greatly exceeded expectations in every category. With an online media budget of only $150,000, it received:

Currently, the film has reached over 28 million views. It has received overwhelmingly positive feedback. And many of the comments illustrate our strategy has struck a chord with people across Canada.

Video for Lily & The Snowman 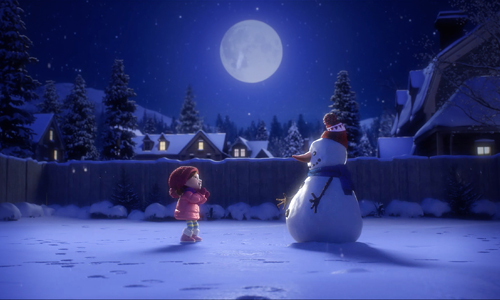