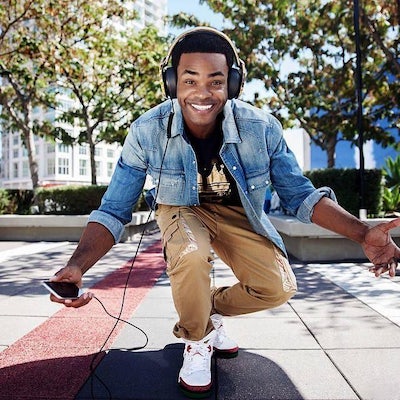 Winner in Viner of the Year

Surpassing celebrity Viner Nash Grier’s ranking in early 2015, Andrew Bachelor, aka KingBach, earned the title of most popular Vine celebrity in early 2015. With 14.5 million followers, the LA-based actor, comedian, and internet personality has risen to stardom through his viral comic sketches and hard work. Signed to UTA, Andrew scored regular appearances on The Mindy Project, Adult Swim’s Black Jesus, and House of Lies, along with roles in Fifty Shades of Black and We Are Your Friends. He also serves as a guest host for the revived version of BET’s Punk'd.