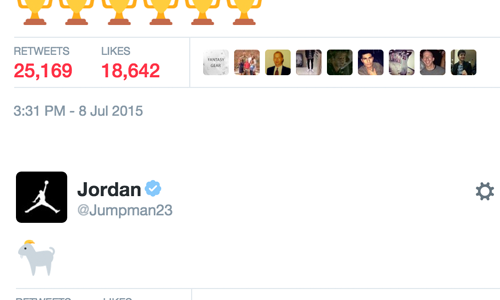 To be the most culturally relevant brand on social, including knowing when to enter conversations.

The emoji tweets were two of the most successful in the history of Twitter:

Thousands of RTs in mere minutes showed our fans knew what we were saying, and they agreed. So did Scottie Pippen, MJ's right-hand man. So did J.A. Adande, one of the top NBA beat reporters. So did CBS, Bleacher Report, and ESPN, who featured the tweet on their flagship show Sportscenter, on SportsNation, and on multiple Twitter accounts. Numerous blogs and media outlets followed up with stories claiming the Jordan brand as the clear victor That's the power of real-time social, the power of emoji, and the power of more than 55,000 retweets and 5 million impressions in 24 hours.

Publications and influencers who covered the tweets and emoji chart: 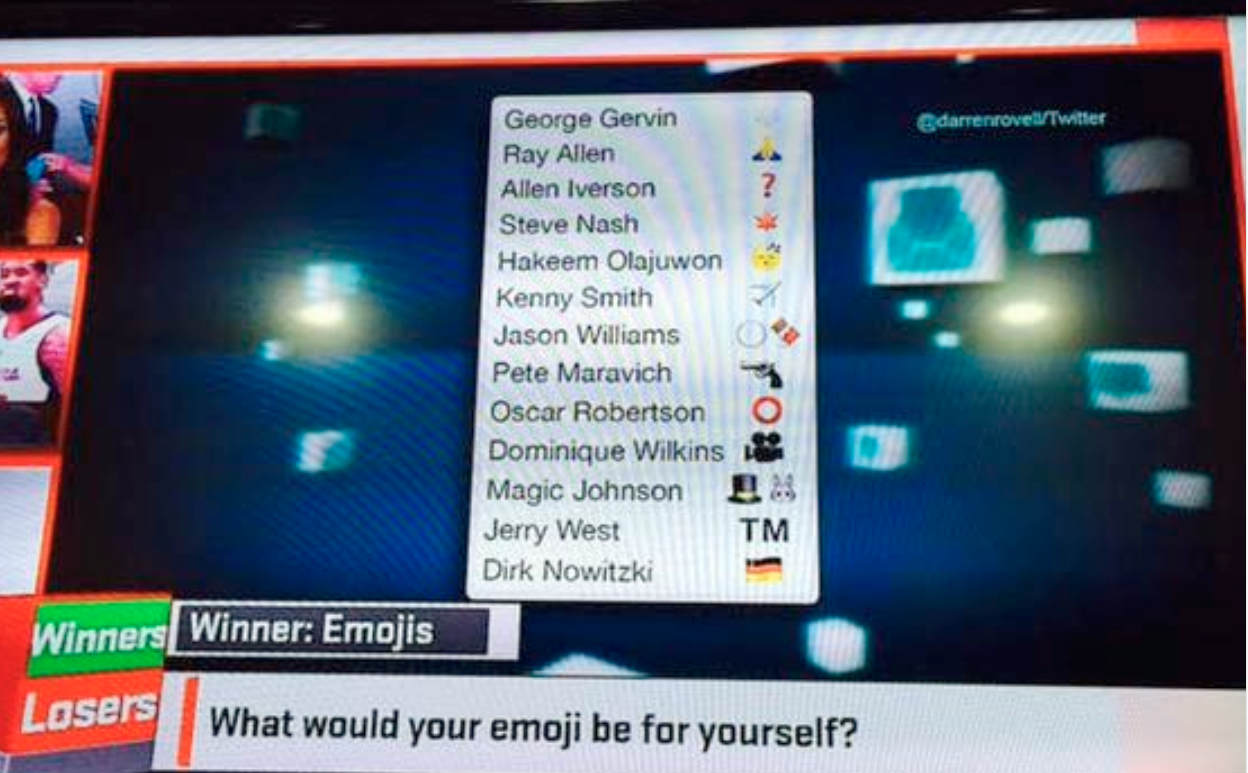 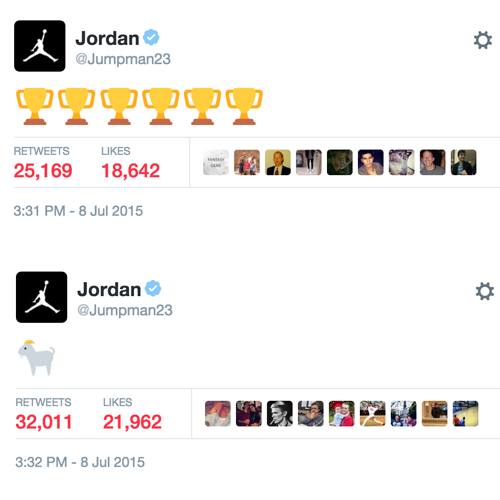 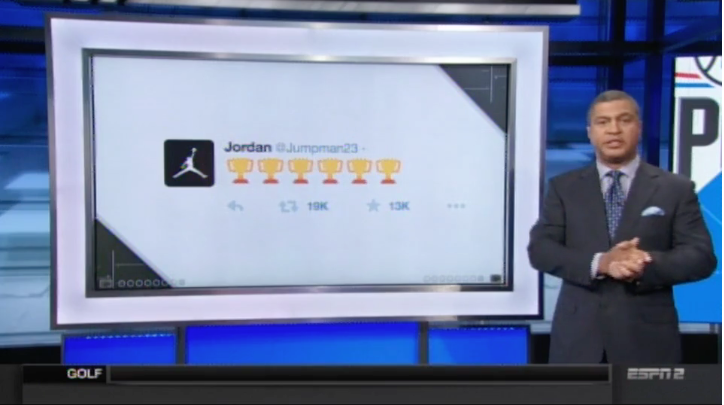 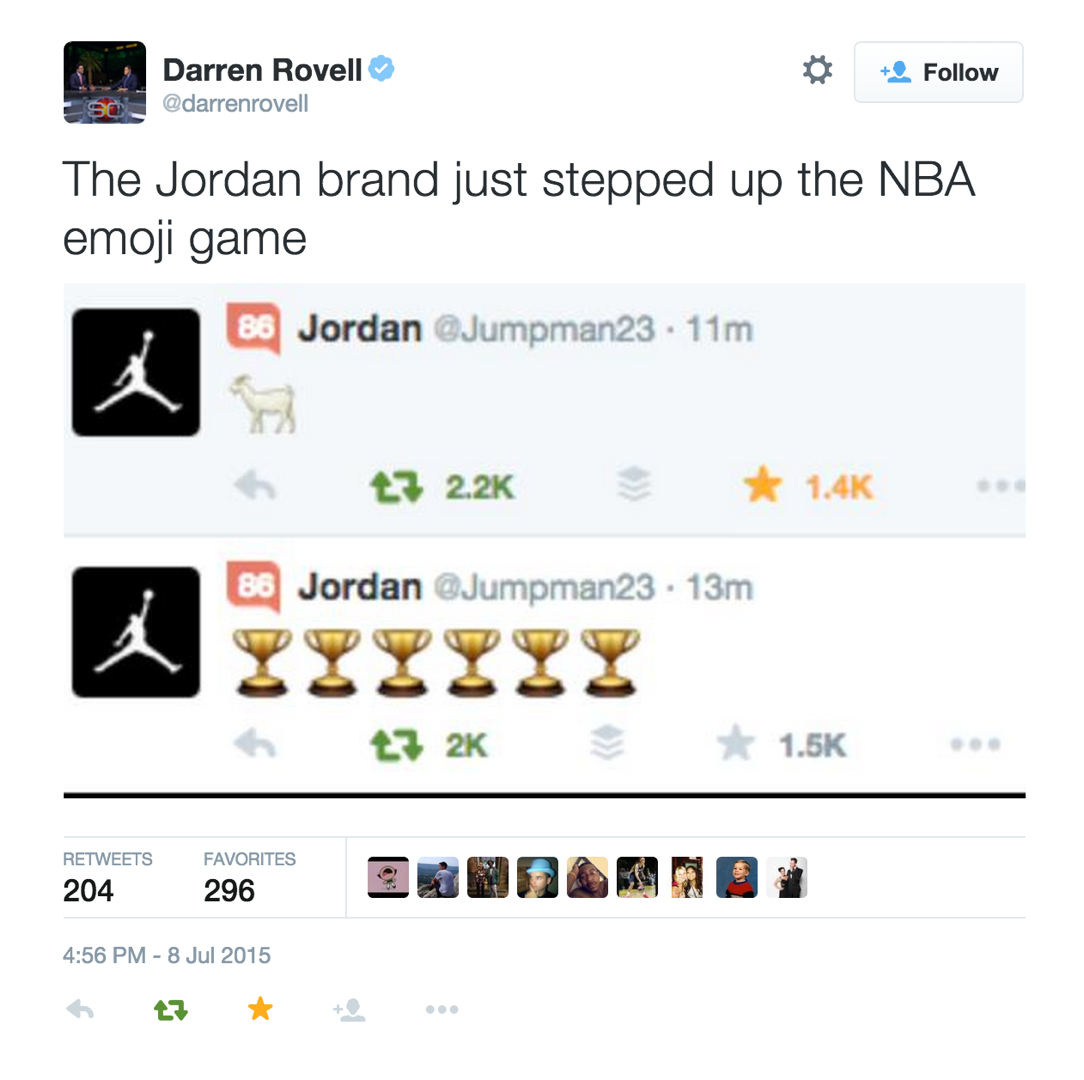 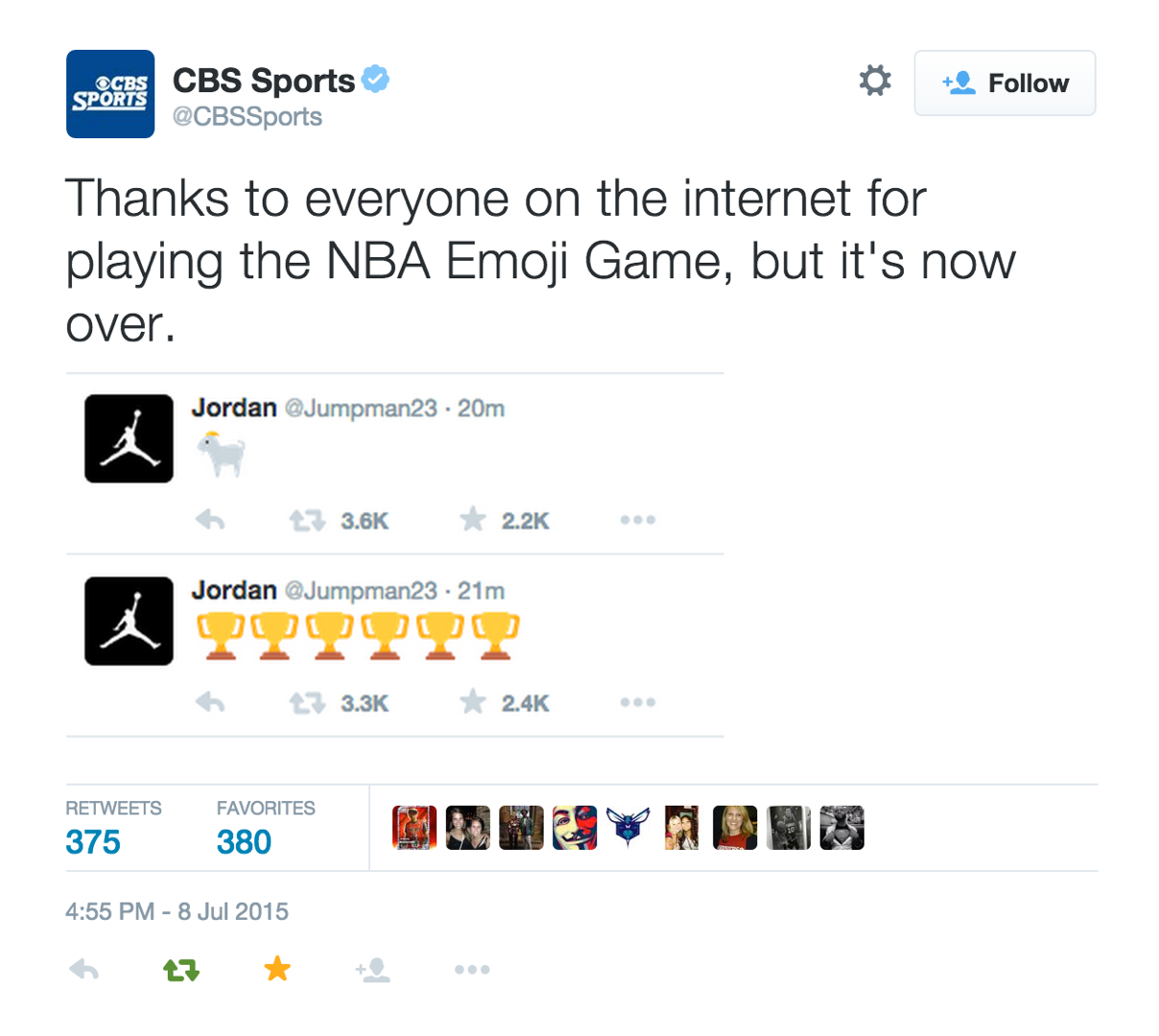 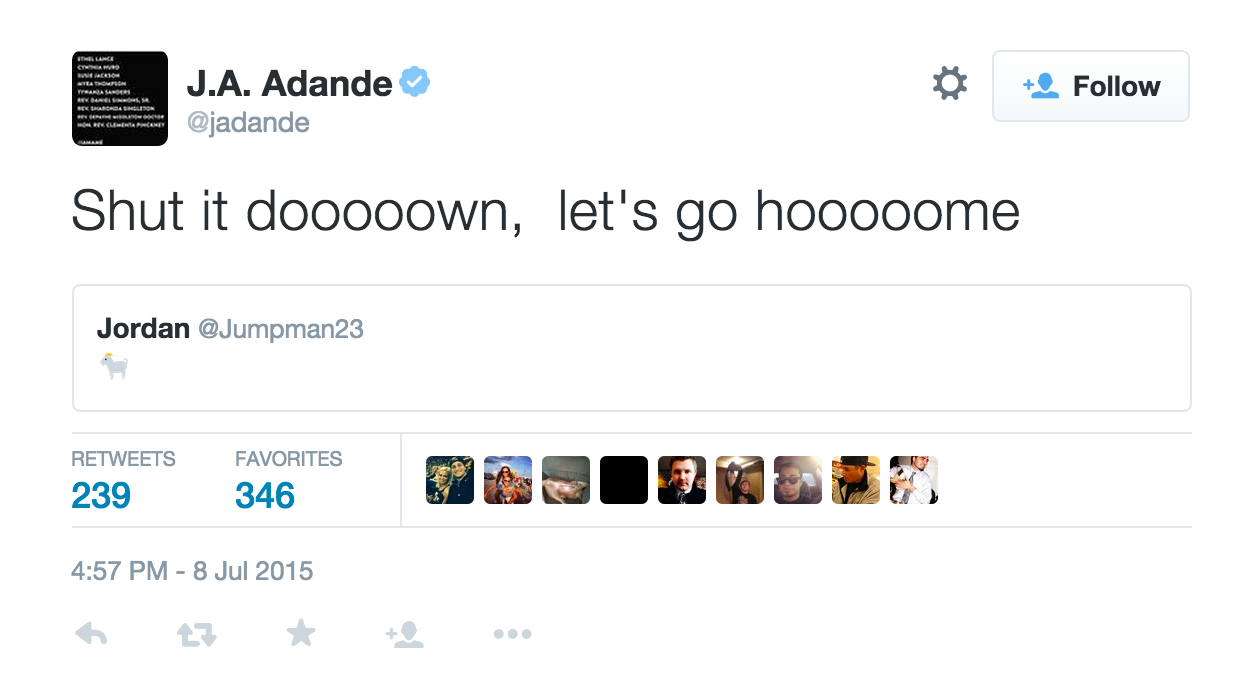