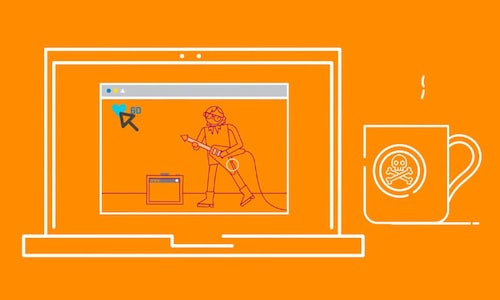 In 2013, Intuit QuickBooks designed a program to empower small businesses and fuel their success while increasing brand awareness and positive brand sentiment. We launched Small Business Big Game, where one small business earned the opportunity of a lifetime: an all-expense-paid Super Bowl commercial. By putting a small business in an arena typically reserved for only the biggest corporations, we gained visibility and credibility with our customers while living out our mission to fuel small-business success. We achieved our goal of increasing brand awareness and improving brand sentiment during the program, but noticed a drop-off in participant engagement once it ended.

In 2015, we redesigned the program with the objective of fueling small-business success and driving sustained engagement by integrating it into our newly launched social community, the "OWN IT Small Business network." This community was built specifically for small-business owners to learn, connect and share with each other – with the support of QuickBooks' institutional knowledge and industry experts. Integrating Small Business Big Game with the OWN IT network meant participants joined OWN IT upon submitting entries, and could come back regularly to complete activities that would foster growth and connections with each other.

We set our sights on success with three key objectives:

In our second year, we set out to capture the effectiveness of the program's first year by keeping the meat of the program the same – small businesses would enter online, entries would be narrowed by votes and one small business would win a 30-second commercial during Super Bowl 50. To obtain our new objective of sustained engagement and address a new insight around the value of small-business owners connecting with other small-business owners, we designed SmallBusinessBigGame.com to live within the OWN IT network. By signing up for the program, entrants also received the benefits of the network – driving them into a platform where conversations continued long past the contest itself.

To kick off the program in June 2015, we embraced the idea that "you don't have to win to be a winner," which showed small-business owners the benefits of simply participating in the program. We produced a series of stop-motion call-to-entry videos that ran on Facebook, Twitter and YouTube featuring businesses that saw significant business growth, despite not winning during the program's first year.

Then, to keep entrants returning to the network over the 9-month Small Business Big Game program, we created 12 biweekly activities that lived on the OWN IT network. Each activity completed was an entry into that activities' sweepstakes to win one of 10 $500 cash prizes. The activities were designed to improve entrants' online profiles and provide them with tips, tricks and resources to help them grow their business. The results of the activities were then featured in galleries on the site to fuel conversation on the network.

As the entrants to the contest were narrowed down to the Top 10 Finalists, we celebrated each with an animated video shared on Facebook, Twitter and YouTube. These videos not only highlighted key factors that drove the success of each small business, but also acted as universal and practical pieces of advice that other businesses could take away for themselves. Each finalist was also featured in a profile on the OWN IT network to inspire members of the network and keep conversations going.

Once public voting had determined the Final 3 small businesses, we created another short animated video that highlighted the social-media strategies each business implemented to get votes – another opportunity to provide helpful insights to small-business owners in the OWN IT network or following our brand on social media.

And to announce our winner, Death Wish Coffee Company, we celebrated their brand, putting them front and center instead of ourselves. Our 30-second Super Bowl ad used Vikings as a metaphor for the strength of their coffee – a theme we carried throughout all of our Death Wish Coffee advertising. The winner announcement and ad itself were released through PR and social-media channels on January 28, and we kept the momentum going through an experiential stunt and social teaser videos featuring several highly caffeinated Vikings giving out free coffee to the people of San Francisco, near the heart of Super Bowl City.

At the end of our 9-month program, we saw success both for QuickBooks and for the businesses that participated. We surpassed our goal and received over 17,000 program sign-ups and positive press from thousands of outlets, garnering 3.6 billion PR impressions and counting.

As of February 16, 2016, the winner's Big Game spot has been viewed over 12.9 million times across Facebook, Twitter, and YouTube, and shared over 13,000 times with more than 3,000 comments across our social platforms.

And our small-business winner, Death Wish Coffee, reaped the rewards: They had an average increase in sales of 550%, and are now the #1-selling grocery product on Amazon. They've added 40,000 subscribers to their email list, and their social presence has skyrocketed: Facebook followers are up 20,000, Twitter is up 8,000 and Instagram is up 5,000. At the culmination of the program, Intuit QuickBooks could proudly say they helped fuel this small business's success – and that's just the beginning. 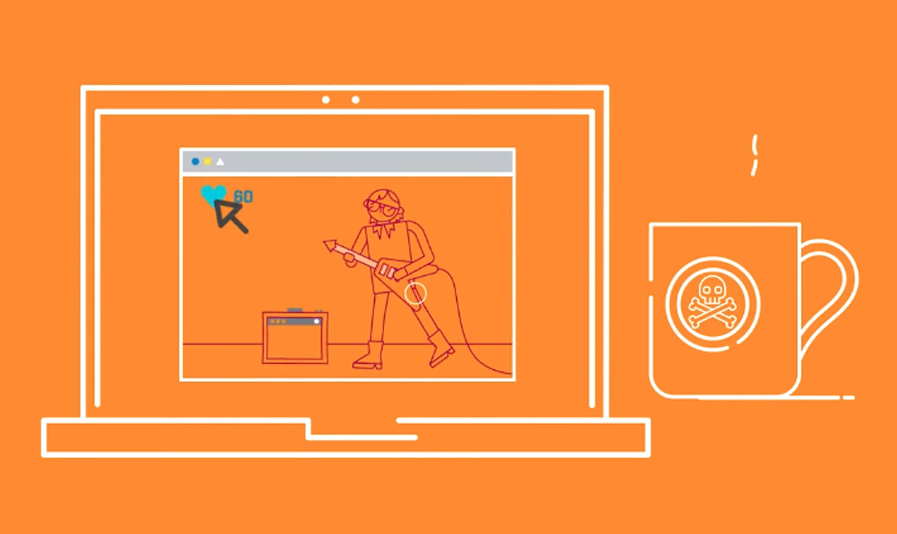 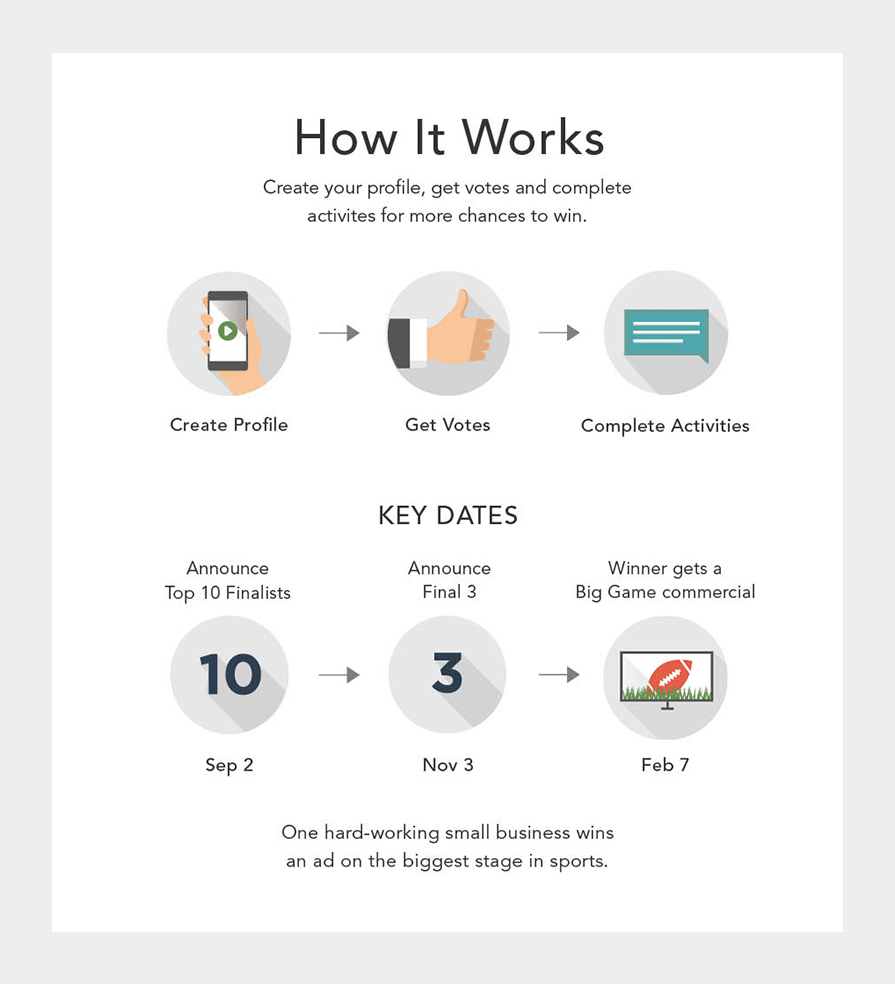 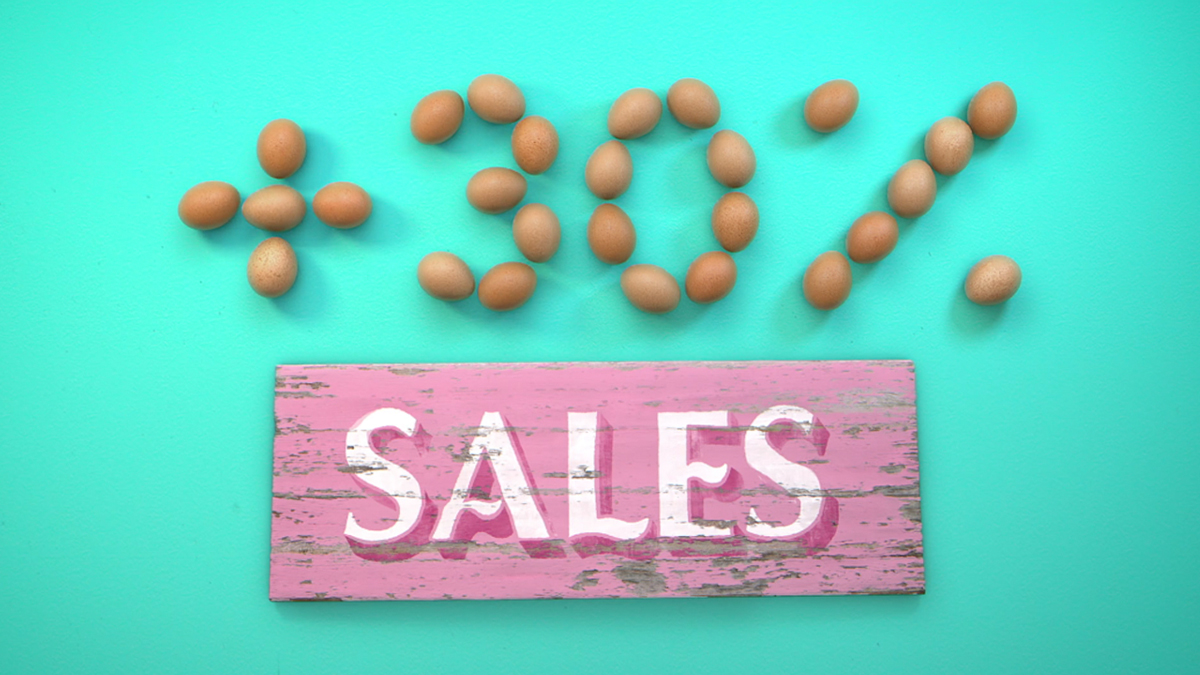 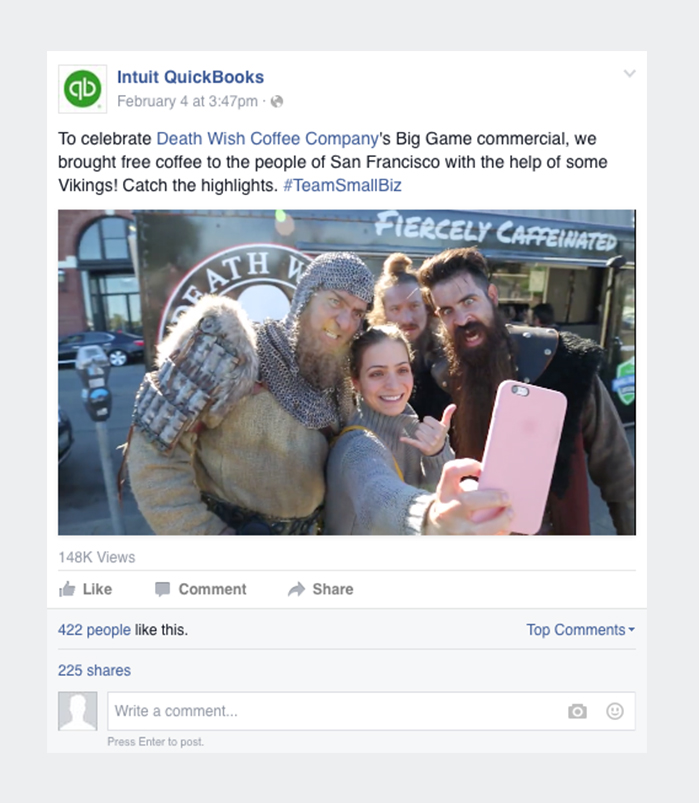