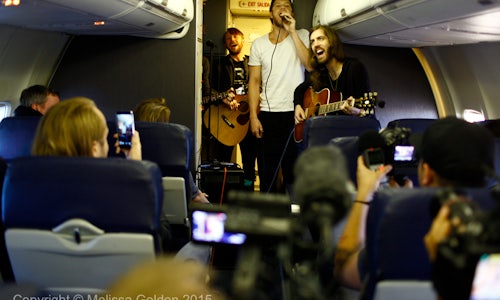 Southwest Airlines, which is in the business of making memories for its customers, was seeking an authentically unique way to build brand affinity and overall awareness among people 18-54. It also wanted to raise awareness of its L.A. and Atlanta routes.

The team aspired to create a program that would fire people's imaginations. From a strategic standpoint, music was seen as the great connector. Southwest already had a music property with relatively low awareness-"Live at 35"-which showcased emerging artists performing in-flight. A primary objective was to launch this existing program into the stratosphere, and in the process create original branded content that could be used across paid, earned and owned media channels.

The big idea was to create a fully integrated, never-been-done-before program in partnership with Imagine Dragons, one of the world's hottest bands with a passionately devoted fan base.

Named Breakthrough Artists by both MTV and Billboard, their hotly anticipated album- "Smoke + Mirrors"- was launching Feb. 17. The group wanted to celebrate with Super-Fans in the cities that launched their careers.

It was an inspired opportunity to make connections. To generate fan frenzy and press interest, we worked with Southwest to organize a concert tour dubbed "Destination Dragons."


We picked three U.S. cities that played a role in the bands development – Los Angeles, Salt Lake City and Las Vegas- plus Atlanta, a new priority market for Southwest.

An unforgettable highlight would be a "Live at 35" concert in the air, giving fans the chance to interact with the band in a way they never could have imagined—at 35,000 feet in the air.

This unprecedented tour gave the Southwest team multiple opportunities to create original branded content for the airline and the band to use in paid, earned and owned media, as well as across multiple social platforms.

Southwest exceeded every band affinity and awareness measure it set.

Billboard broke the story alongside the press release, which achieved major national media coverage and was featured on Reuter's Digital Billboard in New York's Times Square.

The Destination Dragons microsite launched simultaneously and acted as the hub for rollouts of exclusive, original branded content from the four concerts in each city and the one at 35, 000 feet, hyperactive social feeds, and the national sweepsakes.

The online Sweepstakes spurred 73,000+ entries in 13 days, up to seven times more than prior sweeps.

6,300+ Tweets and Facebook and Instagram posts, many on Imagine Dragons' and Southwest's own social platforms, generated 103 million + impressions.

Views of the in-flight concert on Southwest's Facebook page outpaced the prior "Live at 35" record by 7627%; and the footage was avidly shared.

Comparable online and traditional media value topped $5.2 million with ONE BILLION+ impressions. Major coverage included segments on 'Good Morning America," the country's #1 morning program, and on "Ellen," the country's #1 daytime talk show. These media outlets-and others- in turn used their own social channels to spread the word – and the music!

Southwest became part of a pop culture phenomenon. When "Smoke + Mirrors" launched in the midst of the "Destination Dragons" frenzy, it shot to #1 on the Billboard 200 charts. 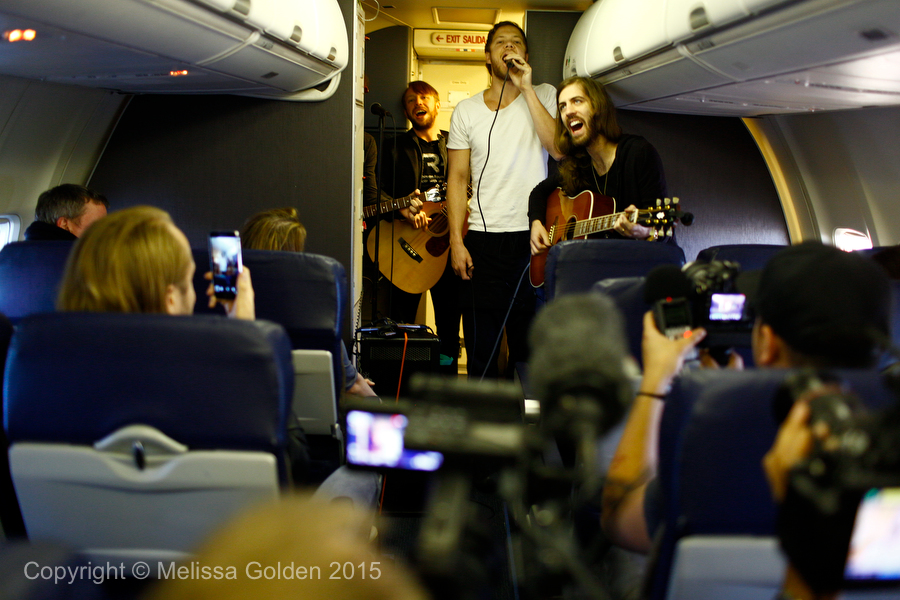 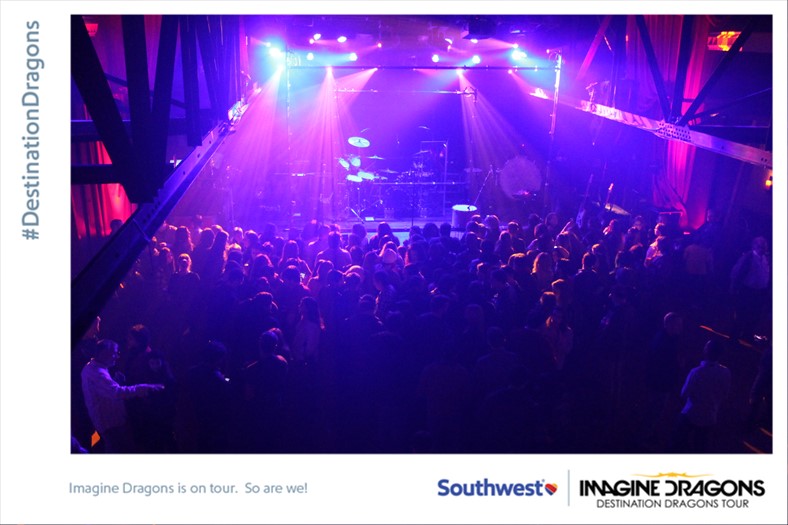 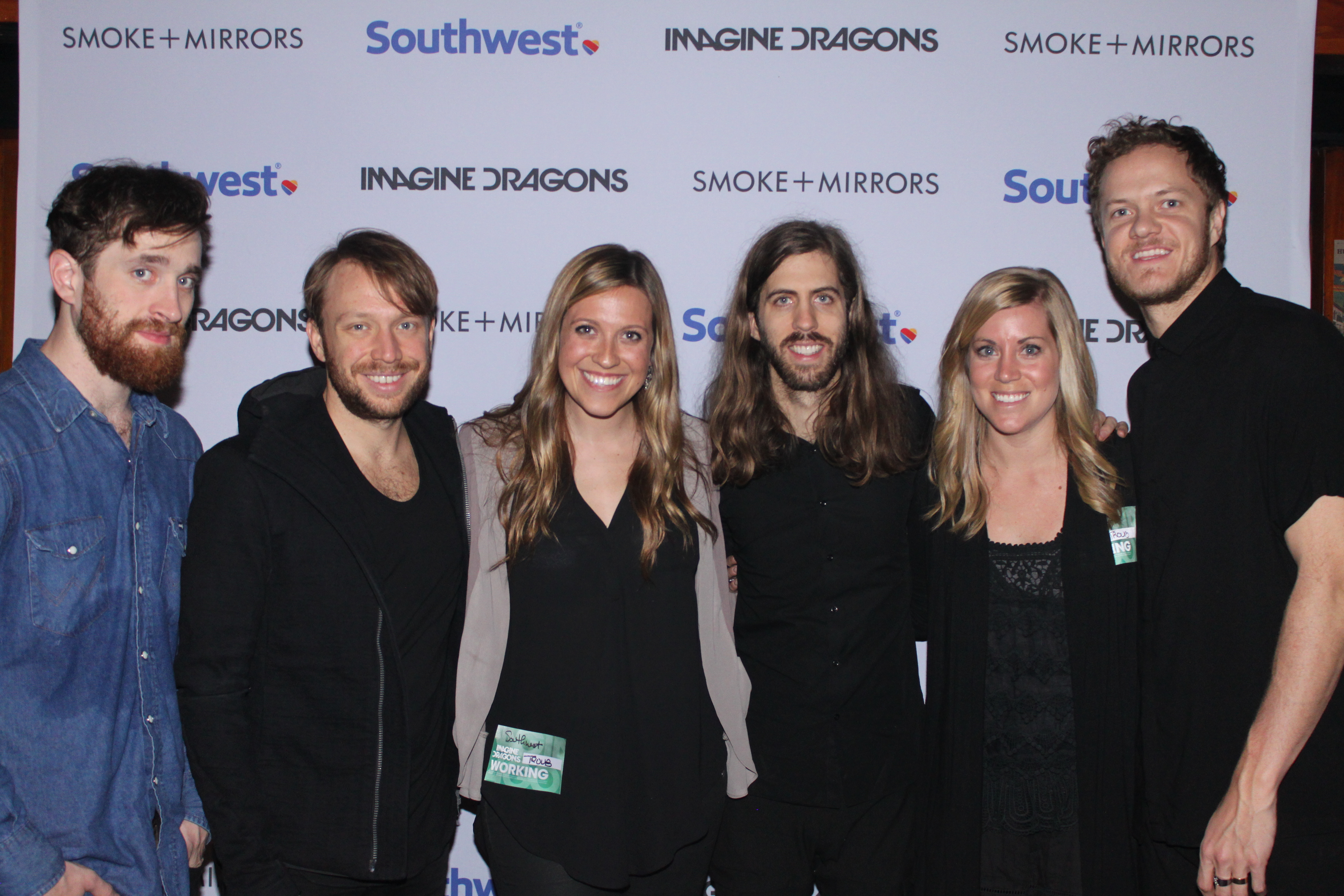 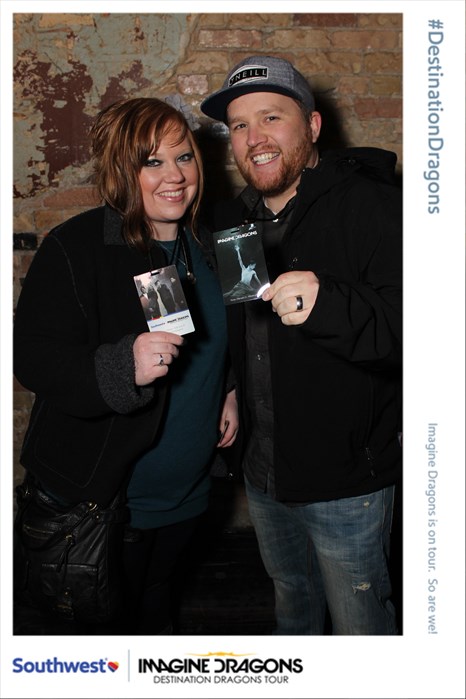