In a crowded hockey beer market, Molson needed to prove their commitment and love for the game to the fans. We launched the Hashtag Anything For Hockey to stake our claim. And we needed to back up our words, so we built the highest elevation hockey rink ever constructed that could only be accessed by helicopter. We called it Hockey Heaven. The media called it The Most Canadian thing Ever.

Through social, we asked Canadians to submit stories about why they should get a chance to play on the rink. The most inspiring submissions were chosen as winners and they were flown up via helicopter for a once in a lifetime chance to play hockey on a mountain.

The hashtag quickly became a trending topic across Canada. 12 incredible stories were chosen and the fans were flown to the Rocky Mountains to play up on the rink. We also managed to helicopter up the most important trophy in hockey, The Stanley Cup, and gave it to the winners.

Their stories were captured and featured in a 10 part documentary series that spanned across broadcast and digital and was amplified through social.

Molson's social engagement increased by over 350% and the campaign earned over 90 million impressions. The campaign was so successful that Molson has turned the rink into a permanent tourist attraction and incredibly, Molson has been approached by the Hockey Hall of Fame to do an exhibit on the mountain rink. The branded content documentary ranked in the top 10 ratings for TV in Canada. Best of all, we gave Canadians an experience they will never forget. 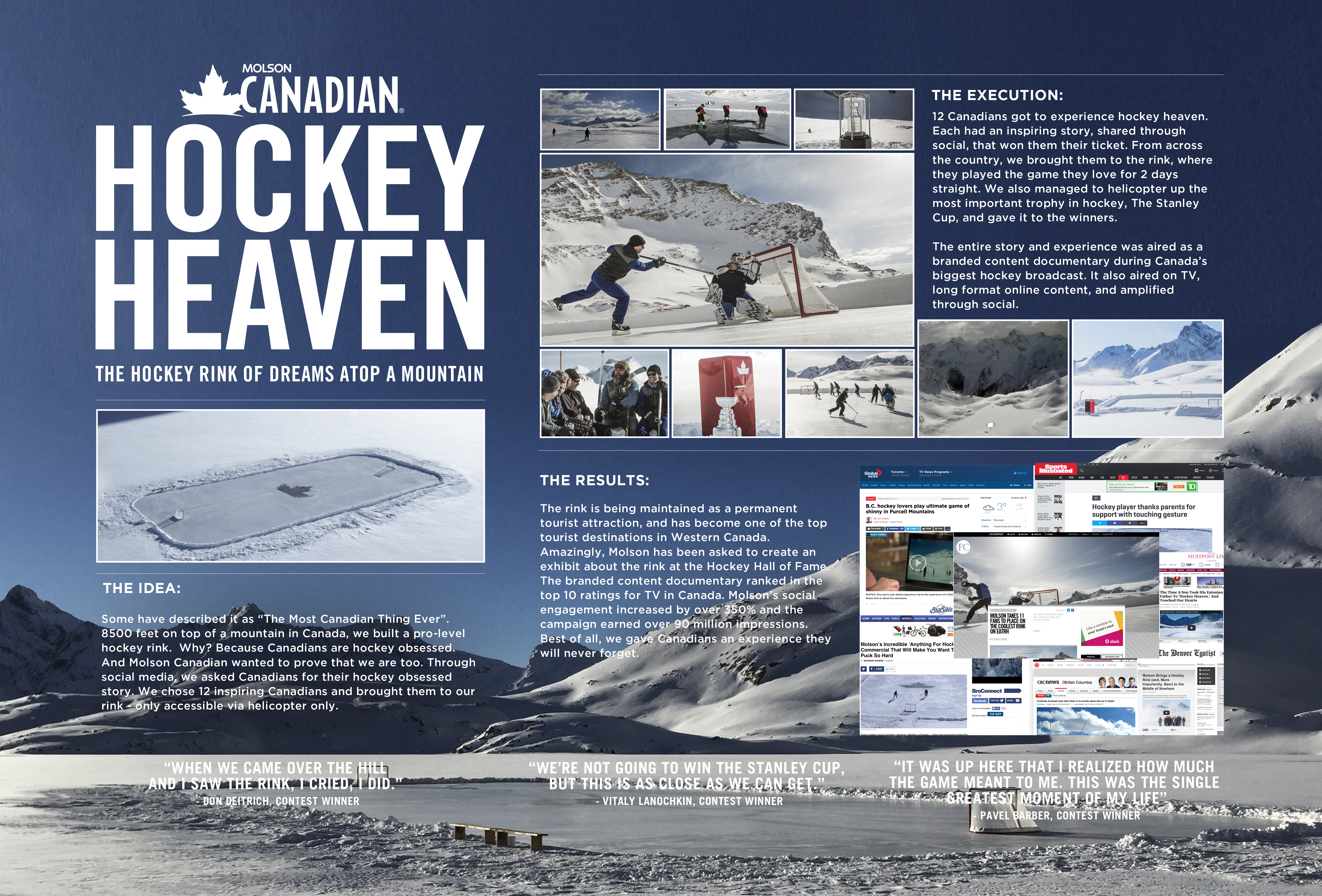