We got the UN to try something new – put the movement in the people's hands by creating the world's first crowdsourcing platform for gender equality solutions.

We paired global leaders with everyday advocates to show that no one is whole until we are all wholly equal. Then we smashed old ideas of gender, turning the HeForShe commitment into a radical statement of unity that lets you decide who you are.

To make it real, users added their voice to a map of the world's most urgent equality issues and shared what they're doing for gender equality at home, work, and school.

Visitors from across the gender spectrum flooded the site and social media with stories and ideas, including 43,000 new HeForShe commitments, taking control and turning up the volume on the movement for gender equality. 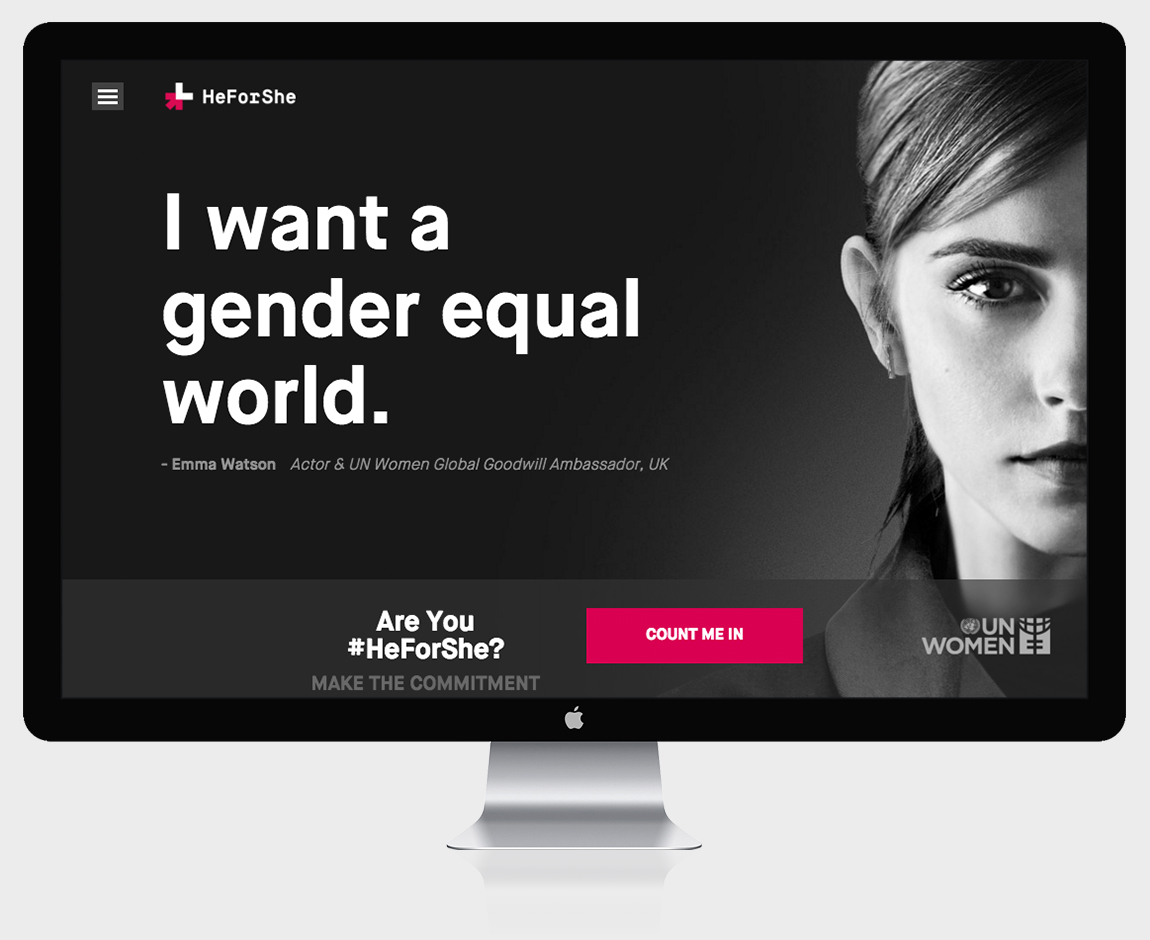 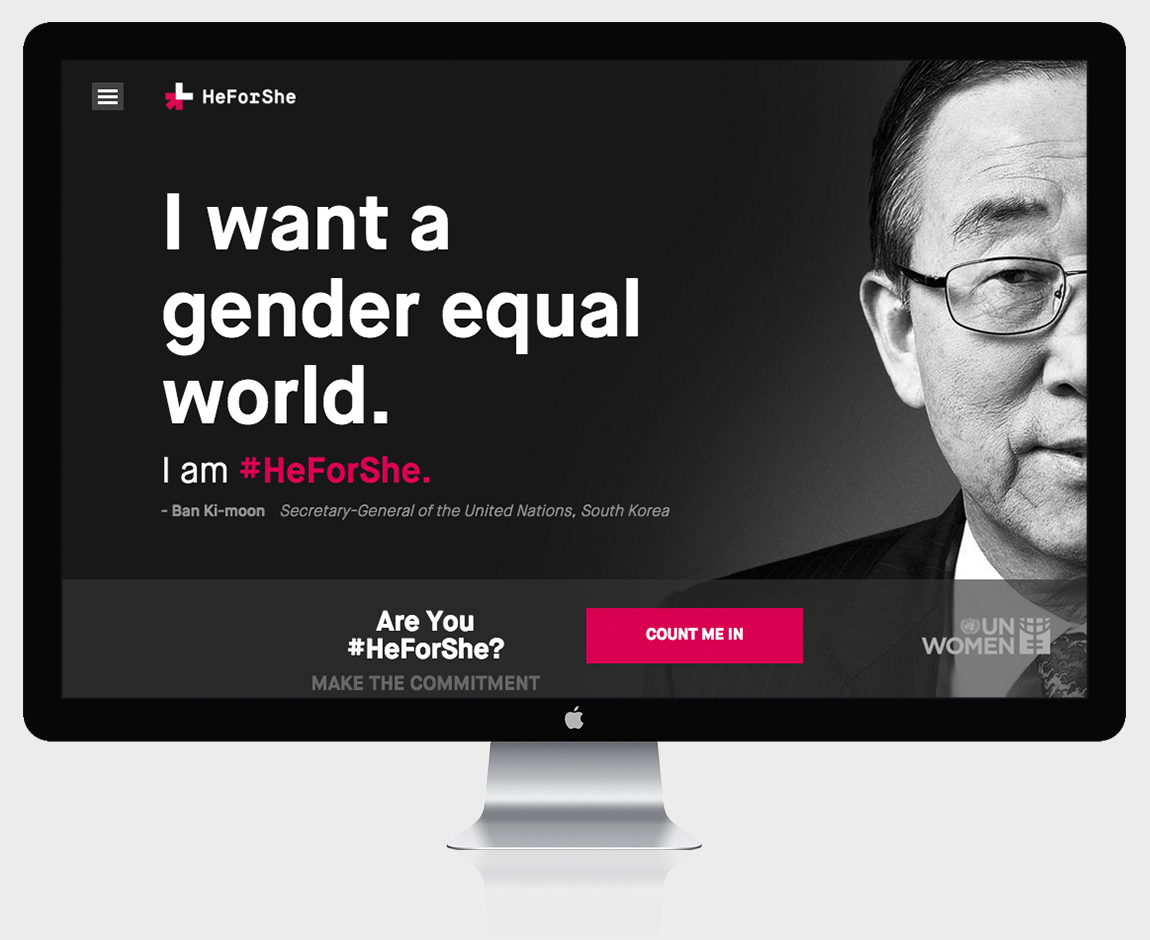 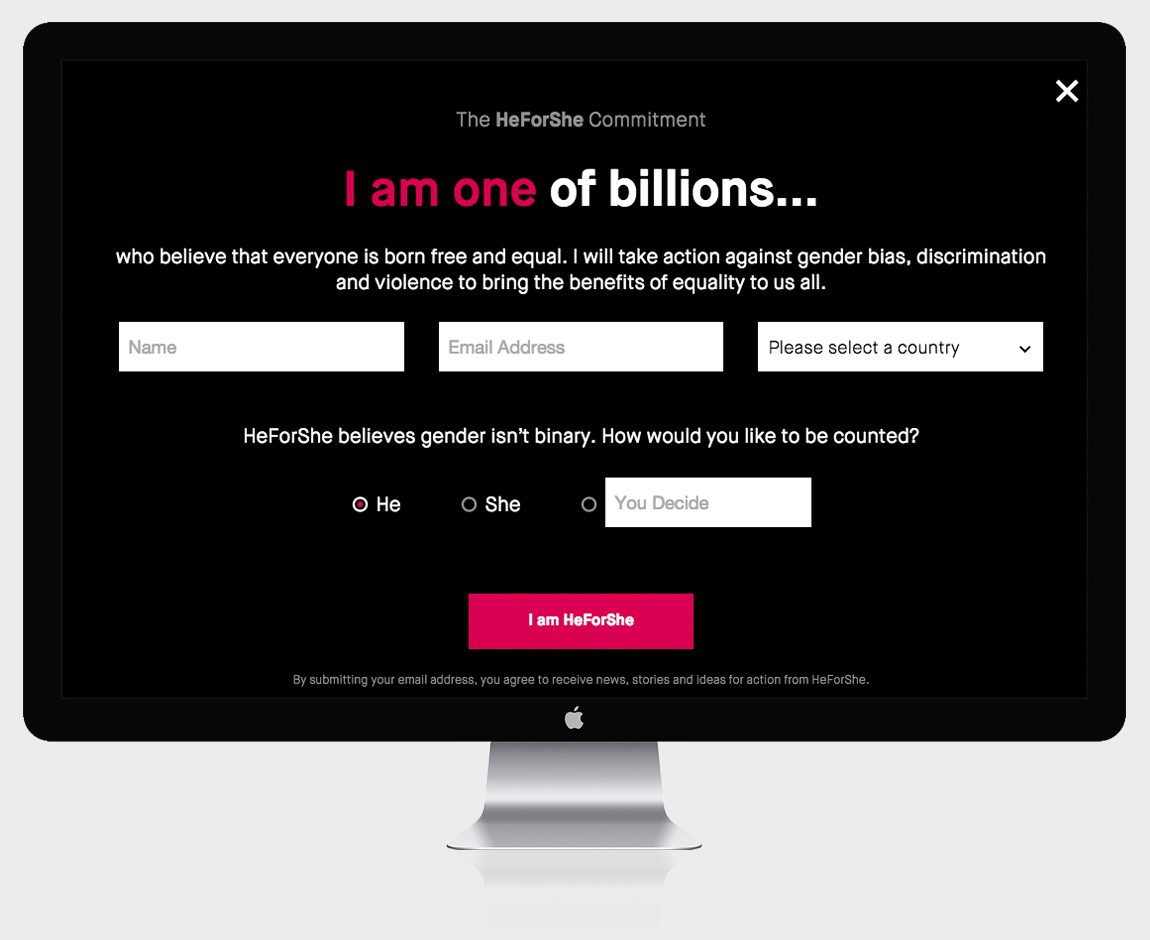 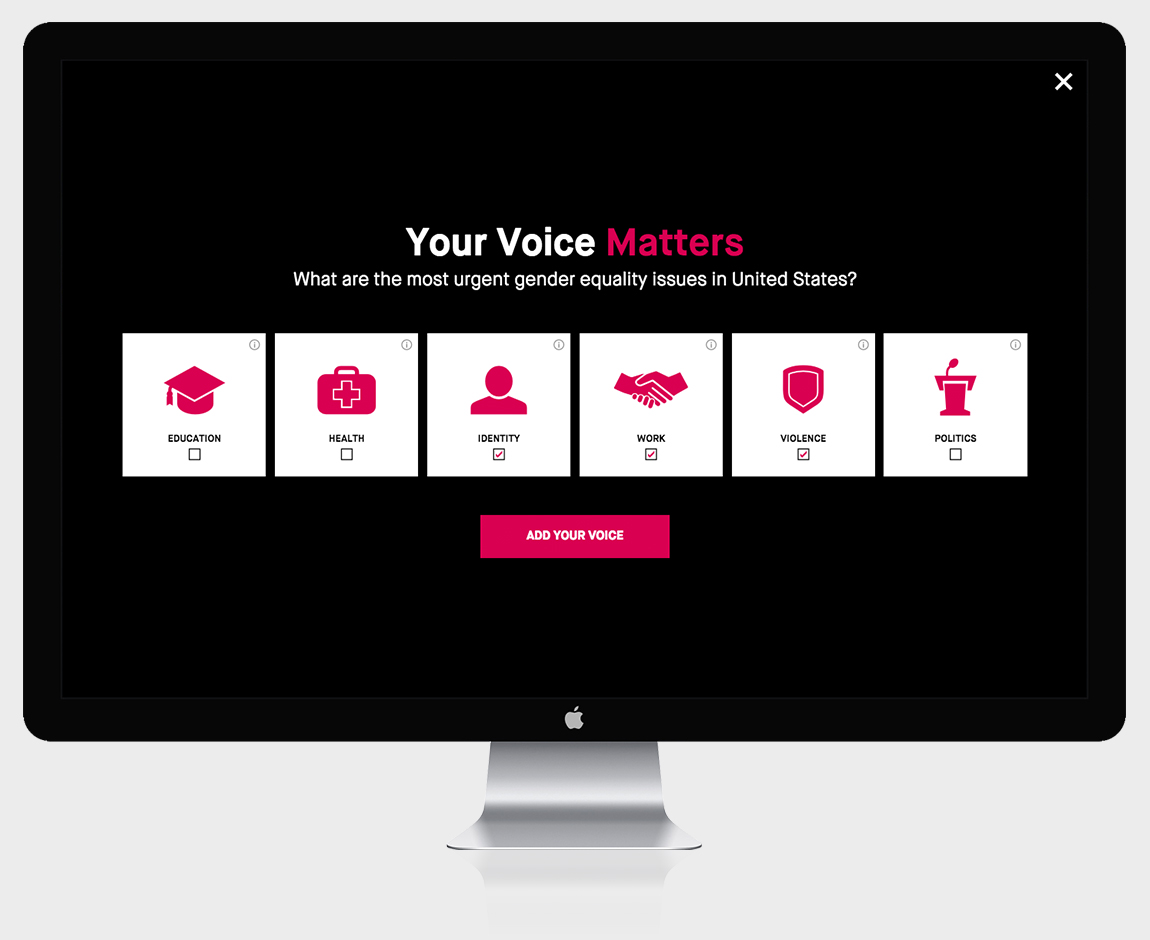 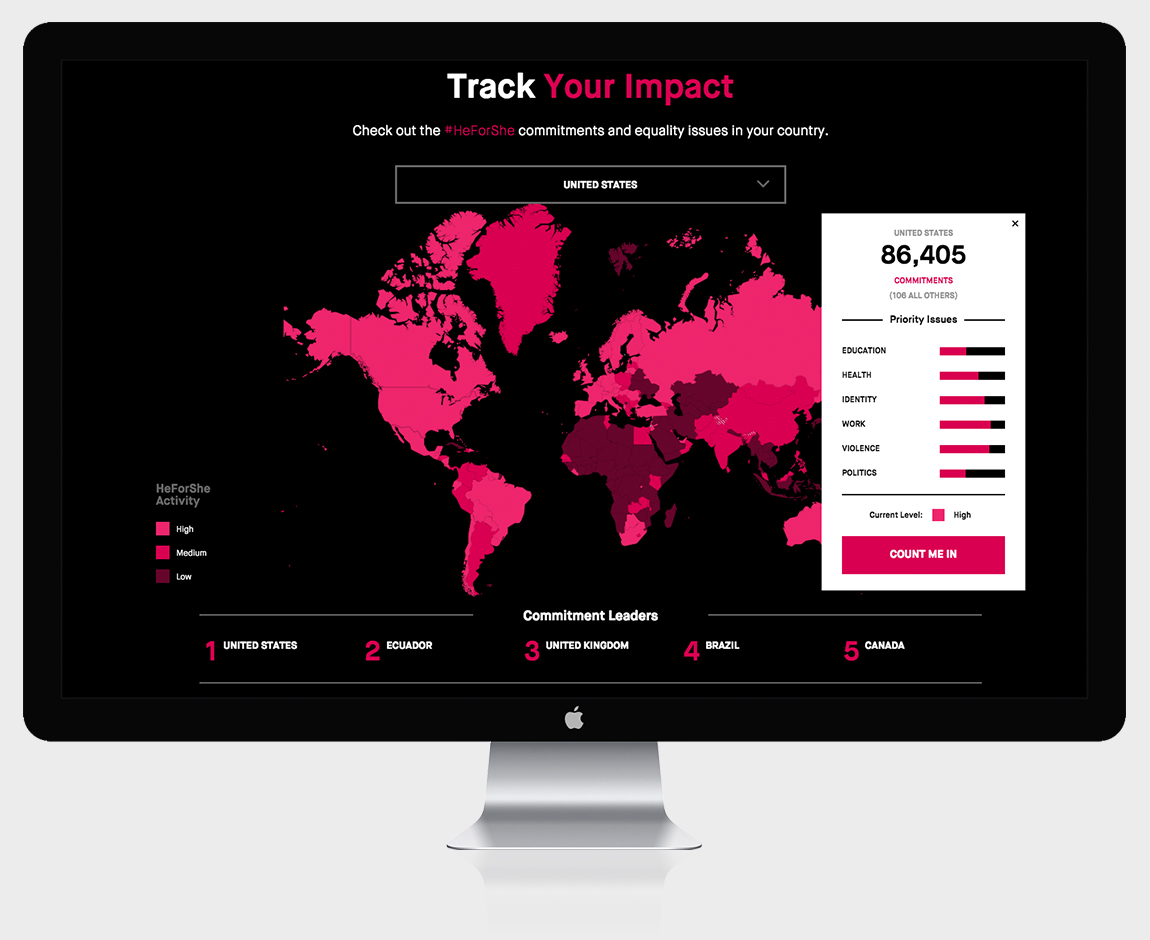 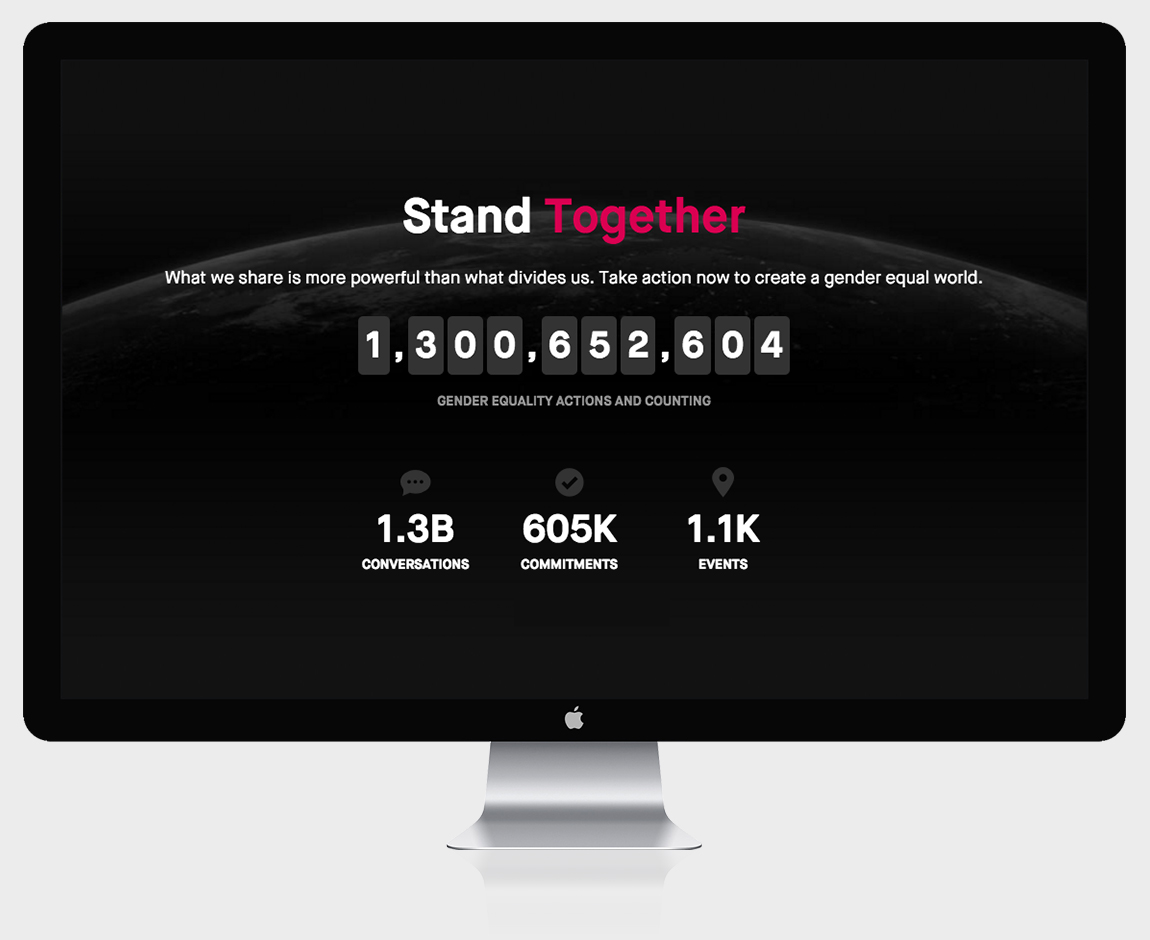 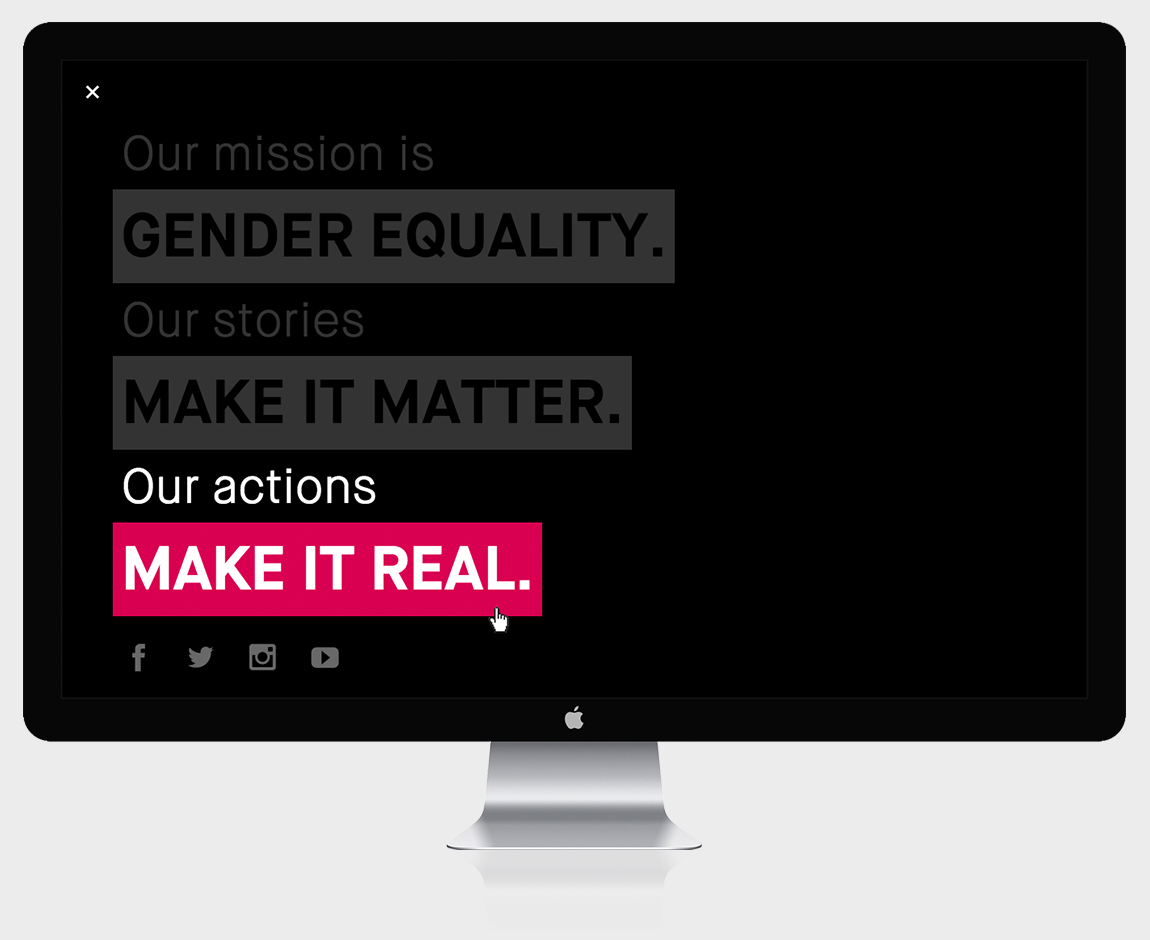