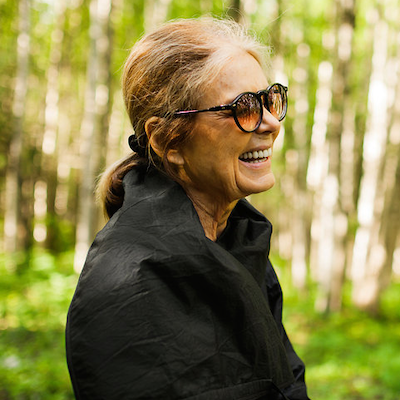 Gloria Steinem rose to prominence in the Second Wave of feminism and continues to evolve and stay on the front lines of the fight for equal rights. Her memoir, My Life On The Road, which chronicles her journey from the abuse she suffered as a child through to today’s reproductive-rights fight, sent Gloria on a cross-country speaking tour, where she spoke with different prominent women’s rights activists at each location. The dedication for her memoir, in which she thanked the doctor who performed her abortion, went viral at the book’s release. In 2015, she also led the Women’s Walk For Peace across the DMZ in Korea, issuing a call for reunification.