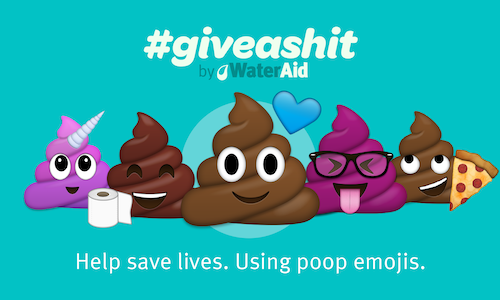 The world has a shit problem. One in 10 people in the world today does not have access to a safe, sanitary toilet. When people poop in the open, disease spreads, women and girls are harassed, and kids get sick, causing over 300,000 deaths each year. WaterAid and The Pub joined forces to raise awareness and inspire thousands of people people to take action on the global sanitation crisis by leveraging the pop culture power of poop emoji.

The #GiveAShit campaign stripped 'Third World' problems from a geographic and social context, and elevated them as problems that deserve everyone's attention. Using poop emoji, the campaign offered a fun, light-hearted way to learn about an issue that has serious consequences for the 2.3 billion people around the world today who do not have access to safe and sanitary toilets.

We created custom poop emojis for social media's biggest stars, who shared them with millions of followers. A free app lets anyone make their own poop emoji, share poops with friends, and donate to the cause, while a poop-themed art gallery event in New York City raised funds and drove additional awareness through Instagram and Twitter.

More than fifty entertainers, artists, activists, and social media stars took part in the campaign, inspiring people from across the globe to show they #GiveAShit by creating personalized poop emojis on their smartphones, sharing poops with their friends, and donating to the cause.

#GiveAShit captured the attention of the young and the old, in 53 countries around the globe. The campaign garnered coverage in outlets including Business Insider, Bustle, the Food & Wine, Huffington Post, Laughing Squid, Mashable, Mental_Floss, Glamour, Metro, Tech Times, the Wall Street Journal, and Yahoo! generating more than 230 million media impressions. The campaign brought more than 11,000 new supporters to WaterAid and its work to achieve a world where everyone, everywhere has clean water, toilets and hygiene.

Video for #GiveAShit by WaterAid 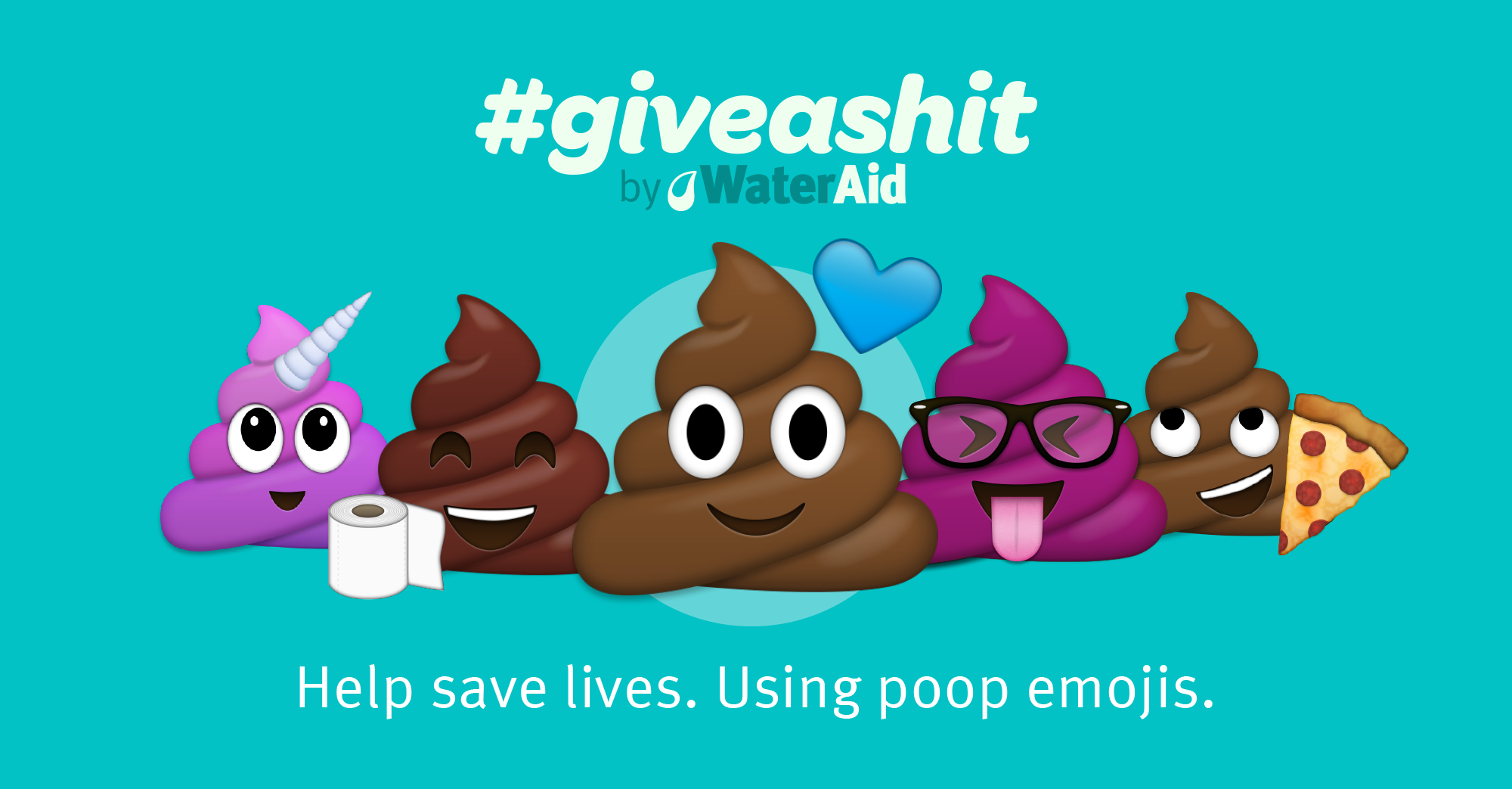 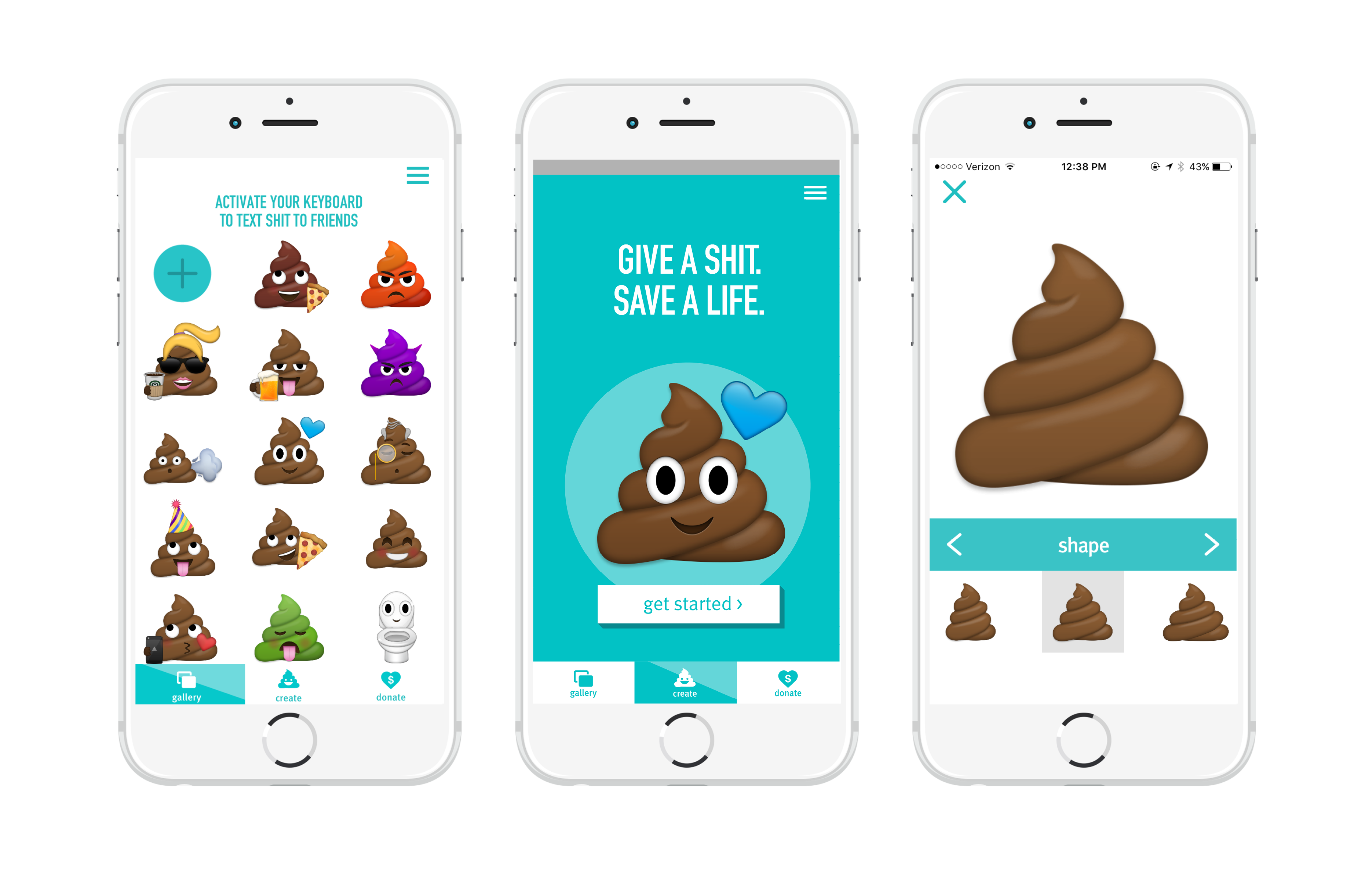 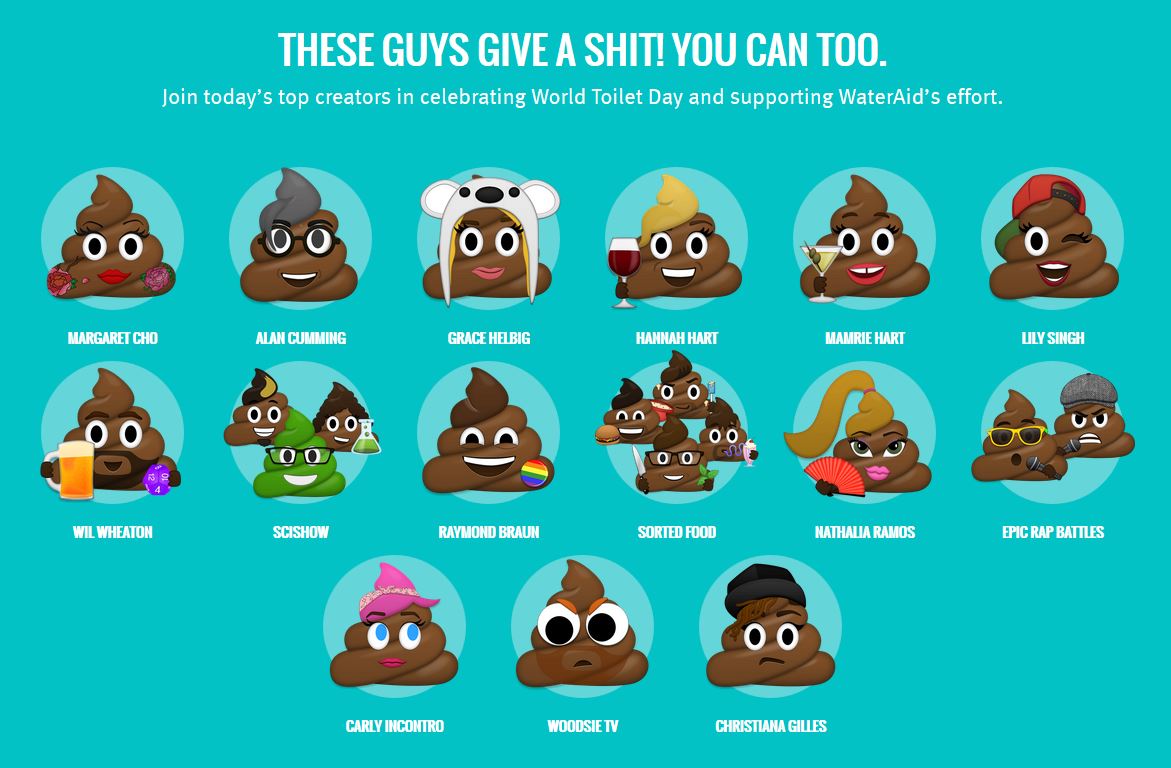