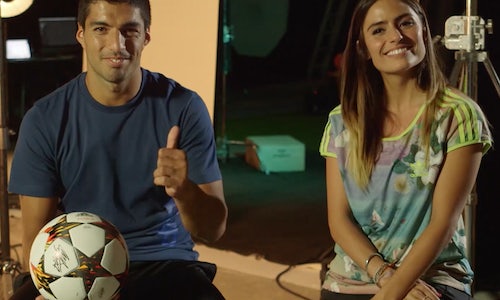 The aim was to generate brand advocacy for adidas, based on cross-platform content views, subscriber growth and share of voice amongst other sponsors. Importantly, adidas didn't want to be just another brand creating content for the sake of it – Gamedayplus had to be something fans actually wanted to tune into, regularly.

adidas' target age group were being underserviced by football content online and on TV. But we knew that 27% of all YouTube viewing time is sport - there is an appetite for this content online. There was an opportunity for adidas to create its own stories and use them to entertain fans and build its brand. YouTube creators are producing a new type of media – content that is YouTube specific. This was an opportunity to lead the way in engaging with those communities in a premium way.

It was decided that adidas would deliver a globally relevant Champions League show that would show the brand off as the lead sponsor of the tournament and deliver key product and brand messages.

We created an appointment to view – a time where people would know that new content was coming and understand that adidas was the first place to get Champions League football that week. Research around broadcaster behaviour and other YouTube channels informed the launch time; instead of going out on the day of the games, content would be pushed out the evening before the first fixtures – teeing up the audience with pre-game content from players taking part that week.

adidas produced one full Gamedayplus episode per game week, consisting of at least four segments, one native YouTube comments-based competition and links to adidas product pages. In total there were 16 episodes, 74 segments including one special for the launch of the new adidas X and Ace boots.

To deliver this we conducted 33 shoots in eight nations covering 12 clubs, 16 nationalities and over 40 superstars. Subtitles for the show were translated into 19 languages including Chinese, Russian and Brazilian Portuguese, to ensure a globally relevant show was delivered.

We played to football players' comforts with insight led segments. Gamedayplus delivered insight with on-pitch tutorials and challenges with some of the world's best players and hung out with them in their downtime.

Each episode was supported with trailers that went out in the days before the episode. These trailers were 30 second edits for YouTube that were also provided as native uploads to Twitter and Facebook platforms so that we could make the most of communities across the adidas ecosystem.

In addition, the individual segments from the episodes were released as stand alone videos, which would all direct people back to the full episode. The stand-alone segments were then promoted by the players and clubs in them – ensuring adidas reached a more engaged audience.

The entire series was produced, shot and edited in-agency; from conception, to artwork, to editorial, to casting, to creative and all post-production. We also produced all of the supporting materials; PR stills, Twitter images and videos, Facebook uploads, Instagram videos & images, retails shots and art direction for the full campaign.

Gamedayplus became a much-anticipated part of millennials' UEFA Champions League viewing habits. With the first series it scored over 12m YouTube views, of which 87% were organic views. It even went global on China's microblogging site Weibo scoring over 2 million shares. While our influencer activation with the SkillTwins helped achieve a further 4 million views on their owned channels.

Gamedayplus has been on screens in the stadiums on UEFA Champions League nights and broadcast in adidas stores around the world, including Japan, Middle East and more. Players like Morata and Ozil and clubs like C.F. Real Madrid and Chelsea FC loved the content so much that they shared it themselves.

adidas had the largest share of voice of all UEFA Champions League sponsors with 58%.

It's been on TV and all over the media, attracting organic press coverage in broad consumer titles such as Daily Mail and Metro, sports publications like Marca, Soccerbible - even existing football TV shows used our content, featuring in Match Of The Day Extra.

There have been over 33,000 comments on the Gamedayplus YouTube videos. The target audience love it and are constantly demanding new episodes. So much so that adidas had no hesitation in investing more in a second series for 2015/2016. 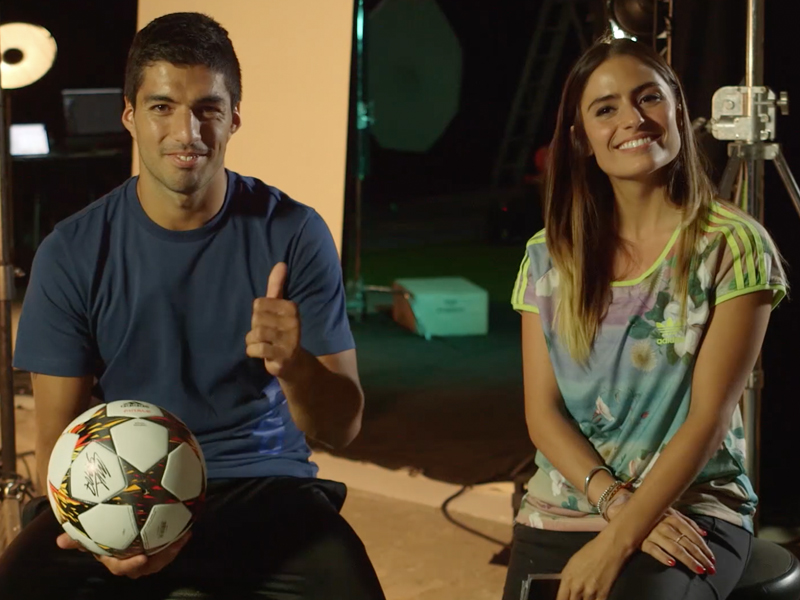 We Are Social, adidas