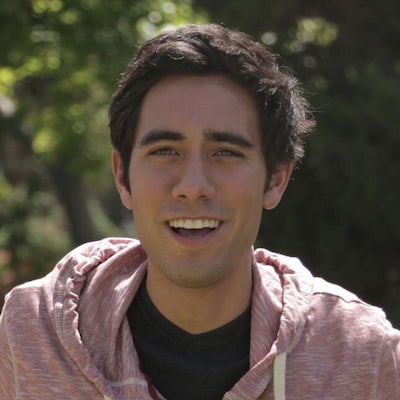 LA-based Zach King has been widely heralded as the king of Vine magic, and is one of the most popular filmmakers on the app with over 1.2 billion loops (which doesn’t even begin to account for the millions of views on all the homemade compilation videos users have uploaded to YouTube). Zach’s visual trickery has made him a viral star unlike any other—his comedy chops (most of the vines star him alone) combined with dazzling editing have gotten him deals with HP and Best Buy, and entry into Tribeca and the London Film Festival, with a spot on The Amazing Race Season 28 with his wife Rachel.