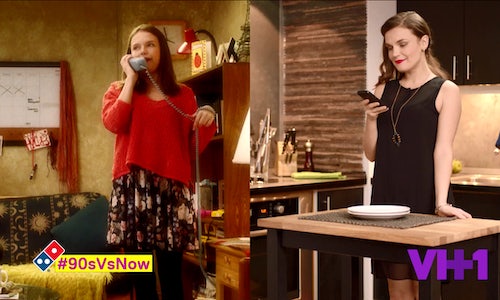 With the upcoming launch of their voice-ordering app and the next foray into advanced technology, Domino's wanted a custom built campaign that would highlight their competitive edge as known leaders in digital ordering and tracking. They wanted to implement a campaign that was beyond their traditional marketing programs, one that lived on social platforms to further reinforce and build awareness of their point of differentiation in the marketplace.

Building off the 90s nostalgia found in VH1's scripted series, Hindsight, Domino's season-long partnership of the show drove social conversation around the overarching thematic of comparing life in the #90sVsNow – a multi-platform integrated marketing program that promoted Domino's advanced ordering technology. As the first social-influencer powered program on VH1 (and Domino's first foray into the social sphere), the campaign included on-air custom vignettes highlighting the process of ordering Domino's in 1995 versus 2015, social TV integrations via lower thirds, #90sVsNow digital content created by social talent, robust social promotion on VH1's social networks, and real time social marketing. We selected social stars across the pop culture, comedy, relationships, and fashion categories that brought their authentic voice to the #90sVsNow campaign via engaging digital content living on their YouTube channels. Each video included a Domino's verbal mention and end slate, with select videos including creative Domino's integrations into the sketches.

We launched Domino's first social talent marketing campaign and choosing the best social stars was key to its success. With a combined social following of 1.8MM, our social influencers contributed to our overall reach. Beyond their impressive number of views on their YouTube channels, each influencer took to their other social platforms to promote the content to their fans. Their videos were successful, some reaching upwards of 300K views in a very short window, and soliciting comments from fans that loved "the video series" (each influencer created two-three videos each). For Kandee Johnson's "90s Rave Attire vs. Today's Boho Festival Looks", a fan commented: "See, this is how you do a sponsored video the right way!!! Still real and entertaining!!!" VH1 also utilized our mass social foot print and created over 200 #90sVsNow posts throughout the 10-week program, helping to strengthen our reach. Our initial reach with VH1's social posts provided 36MM impressions, but our overall reach with social talent's influence reached 51MM. The program delivered viral lift of 42.5% (the percentage uplift in organic conversation, this data point is the difference between initial reach and overall reach). Our engagement reached 191k (actions across owned and organic content including likes, comments, shares, retweets, favorites), amplifying the Domino's brand into the social sphere where they hadn't existed before. The linear content (custom spots + lower thirds) supported the campaign, with Facebook and Twitter comments from viewers alluding back to the scenarios within the creative. 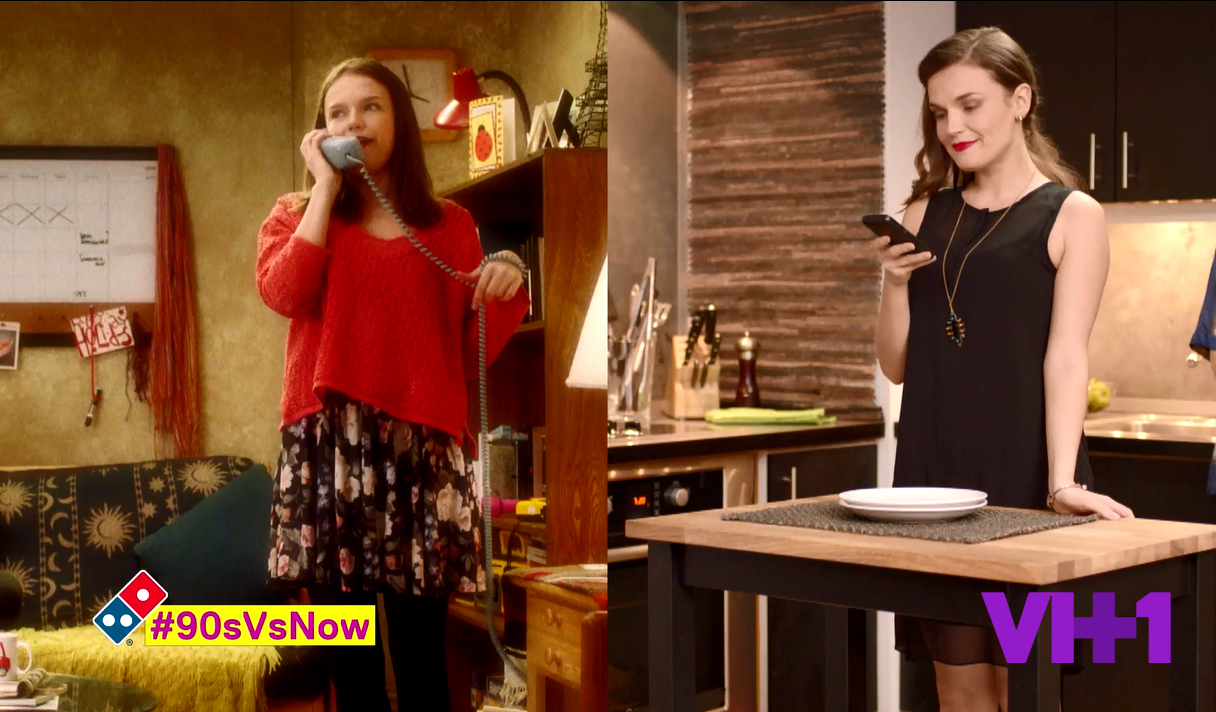