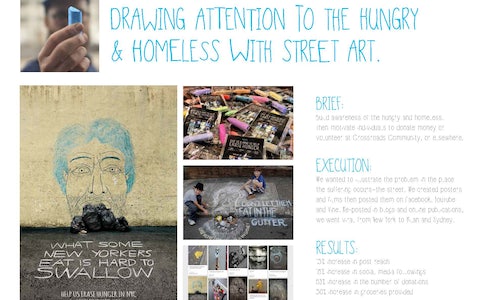 Connecting People Walking on the Street With Those Living on It.

Our overall goal was to jolt people out of their complacency, get them to view the plight of the homeless and hungry in a new light; then motivate them to volunteer, donate money or spread the word about the Crossroads Community soup kitchen and food pantry.

To reach our goal, we needed to overcome the ambivalence individuals feel toward the sight of homeless people. To bridge a connection between people who walk on the street and the suffering of those living there. The answer lies in the streets themselves

People Don't Like to Look at Unpleasant Things: New Yorkers, being people who frequently walk, have a familiarity with urban sidewalks. When outside and confronted with a disturbing sight, they often look down at the street.

This behavioral insight strategically led us as to how and where to capture people's attention and wake them from their complacency.

Drawing Attention to the Hungry and Homeless With Street Art: Instead of overwhelming pedestrians with stark realism, we engaged them by illustrating faces with mouths as garbage and other debris. We then photographed them, added messages and created posts on social media.

Illustrating the Suffering of the Hungry and Homeless Helped Produce Significant Results:

Throughout 2015, we saw these increases on social media:

Number of individual donations: up 63%

The amount of individual donations: up 25% 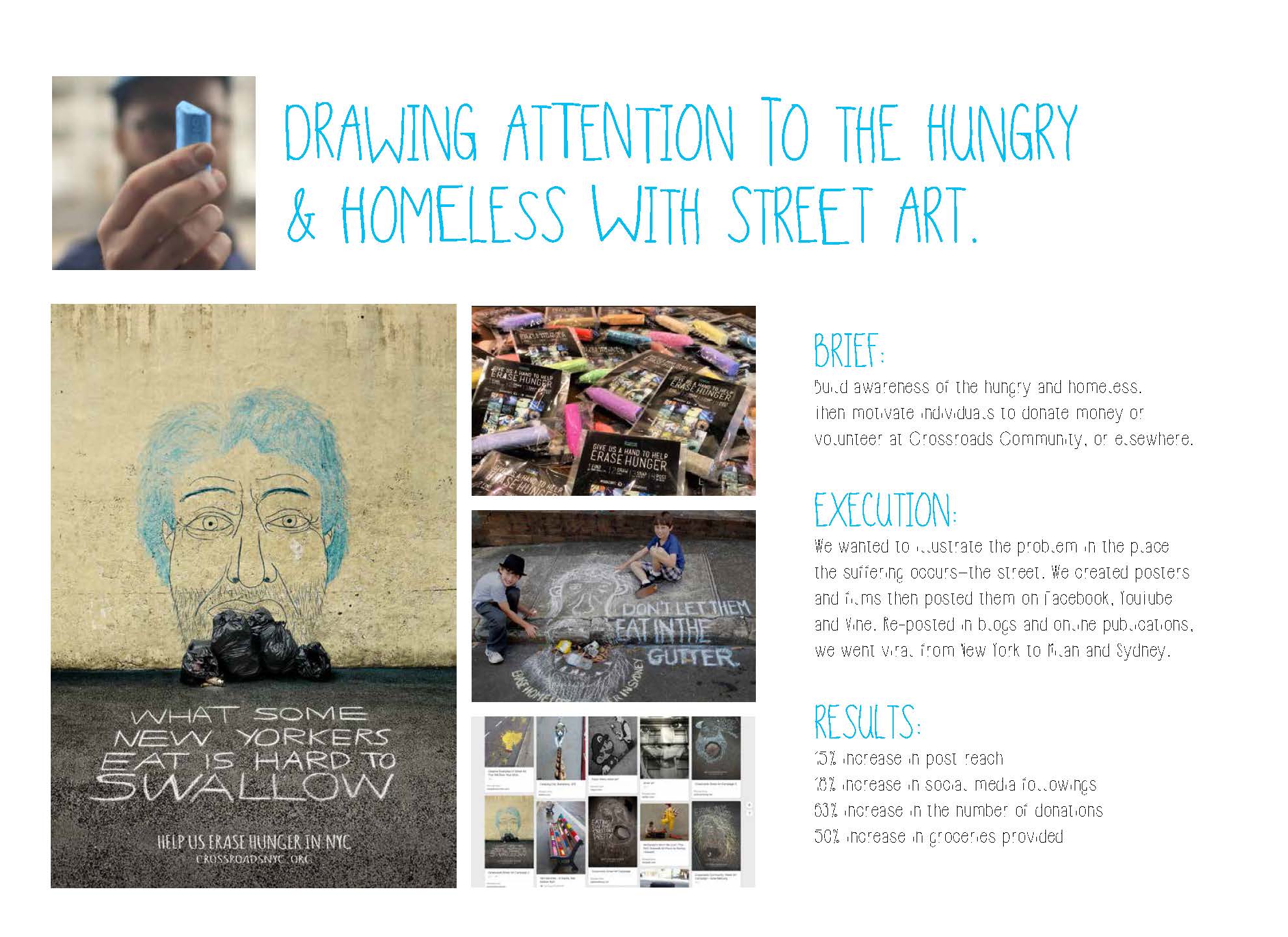 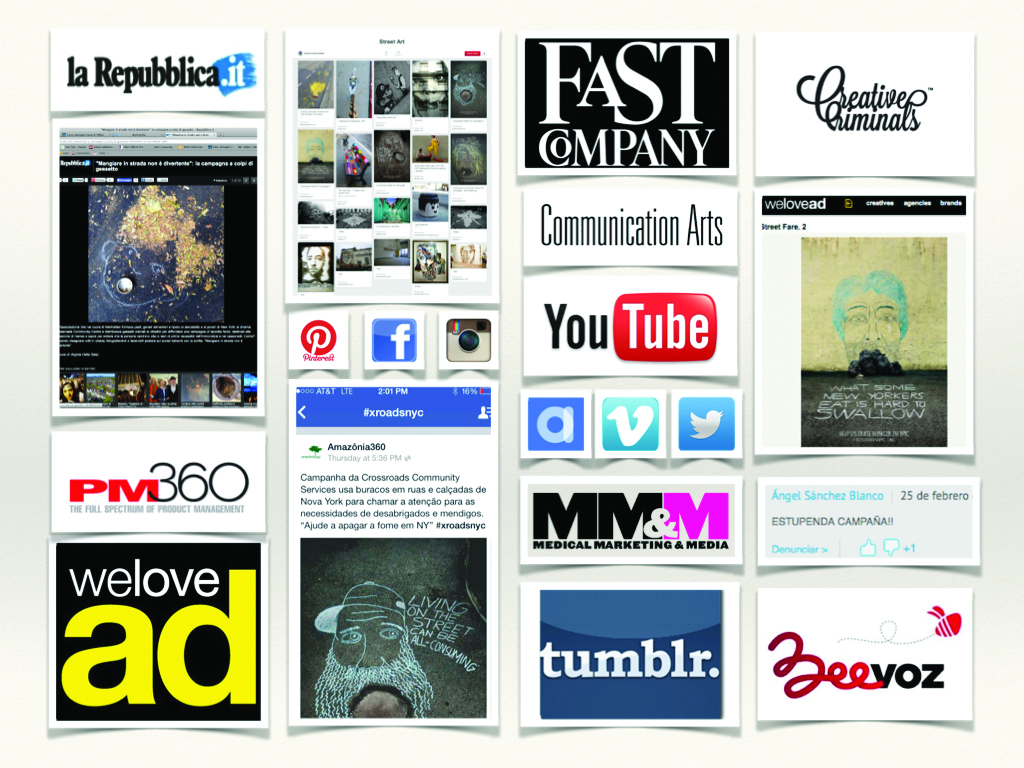 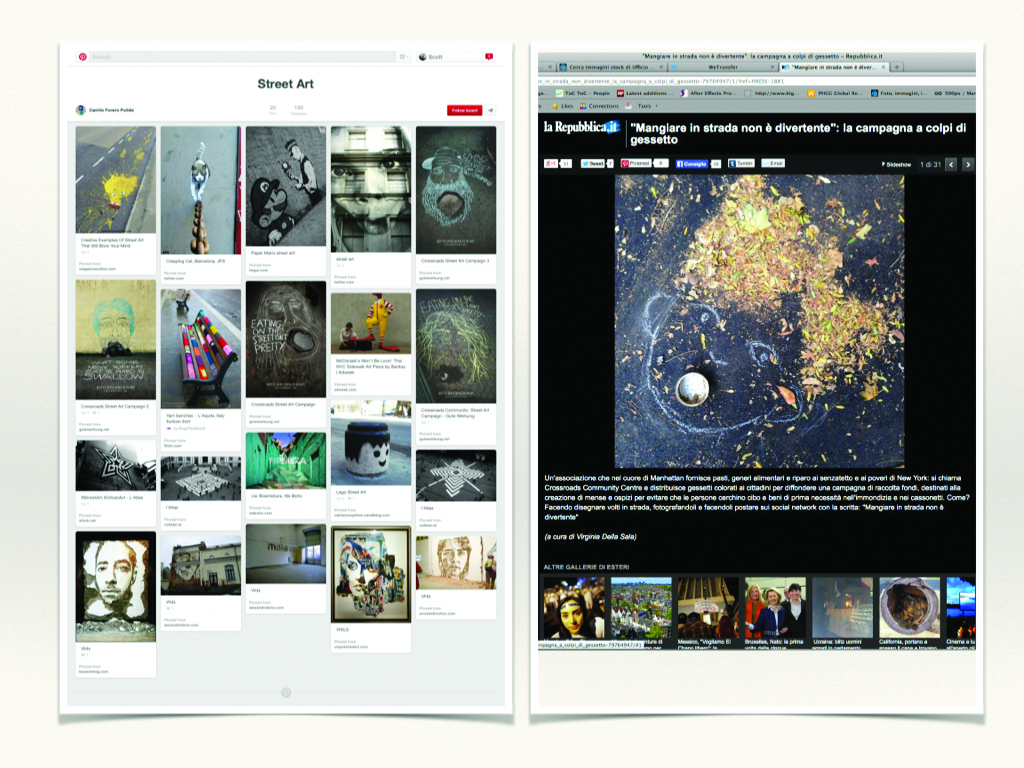 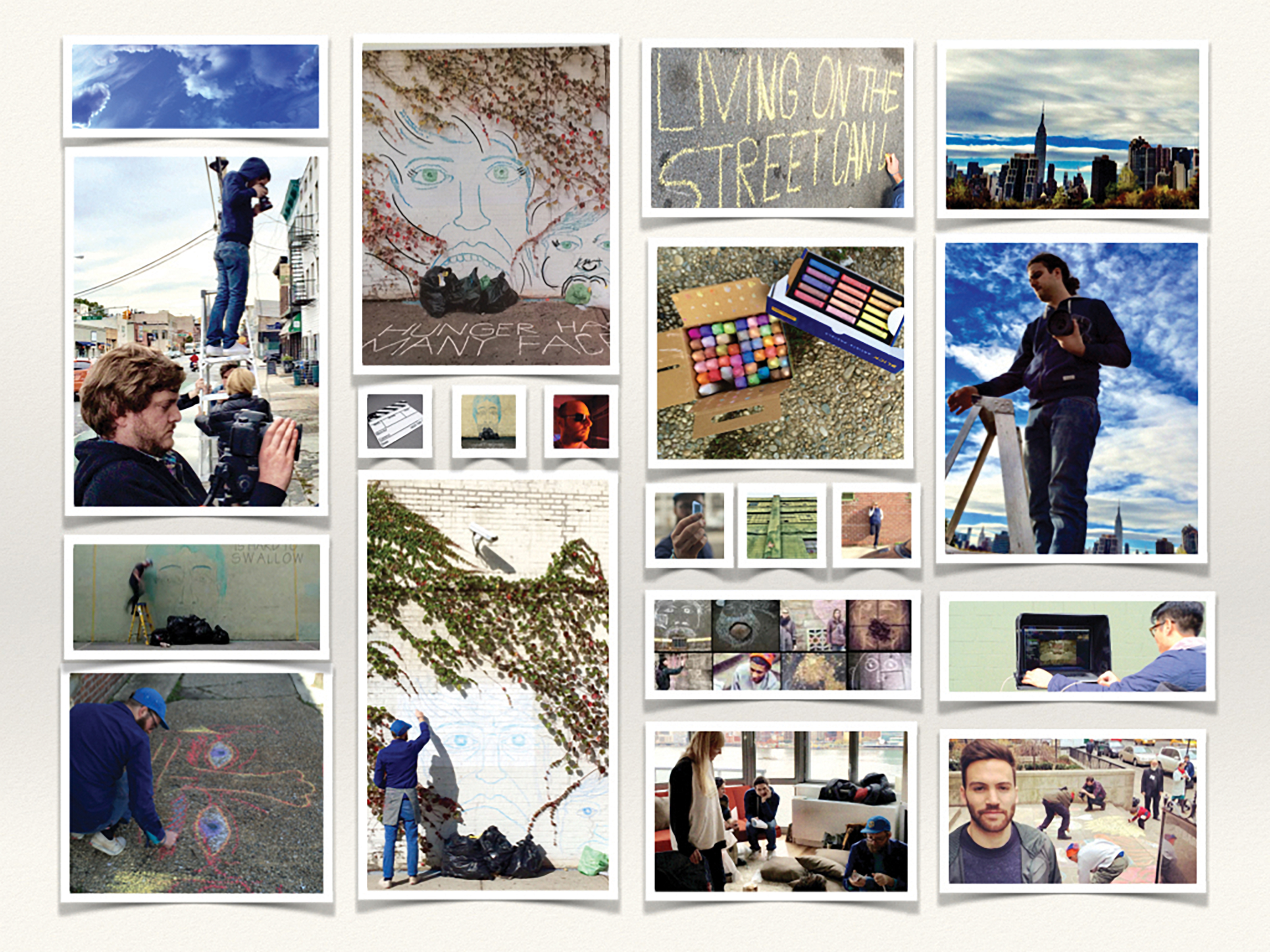