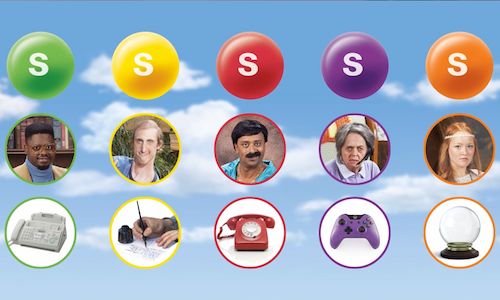 Over time people had forgotten that Skittles is a mix of five different fruity flavors (strawberry, lemon, grape, orange and green apple). We need to put the 'taste' back into the "Taste the Rainbow" brand, so to speak. Ultimately, the objective was to strengthen the association between Skittles and fruity flavors in the minds of consumers.

People have become adept at ignoring brands that advertise to them on social media. To truly capture their attention and get them talking about Skittles' five flavors, we needed to go beyond standard social content. Our insight was simple: Everybody has a favorite flavor and people like to use social networks to connect over common interests.

On Facebook and Twitter, we developed an interactive experience that bridged online and offline channels. We created five unique characters, each with their own favorite

Skittles flavor. After we introduced our Skittles personalities to consumers, we asked them to reach out and bond with them in unique ways.

For strawberry, we introduced the world to "Rodger" along with his personal phone number. Played by an improv comedian, fans could call him in real-time to chat about red Skittles and whatever else they desired.

For grape, meet "Eunice." This grandma was an Xbox fan who was happy to connect over Skittles through Twitch, the world's biggest gamer community, so long as she wasn't pulled away from her Madden game.

For green apple, there was "Donald", who preferred a less high-tech means of communication: the fax machine. He responded to anyone who faxed him with personal drawings.

"Bryce" was our camp counsellor and lemon lover. He just wanted to be pen-pals with anyone who shared his fondness for yellow Skittles.

And last but not least there was: "Lisa" our clairvoyant. She was an orange aficionado who communicated with fans via telepathy.

In the end, results of the campaign showed we effectively grabbed peoples' attention and generated lots of conversation. People were shocked that the characters were actually responsive "IRL", subsequently bragging about the interactions they experienced and daring friends to try it, too.

Across the five characters, we received over 100,000 interactions. This led to over 16.5 million impressions – 59% of which were earned as a result of consumers sharing, commenting and liking the content we published.

Action rates on both Facebook and Twitter exceeded all benchmarks. To be specific, the .89% action rate we achieved on Facebook surpassed the brand's average of .53%. Same goes for Twitter, where the campaign earned an action rate of 10.48% vs. the previous average of 7.56%.

Video for Connect The Rainbow 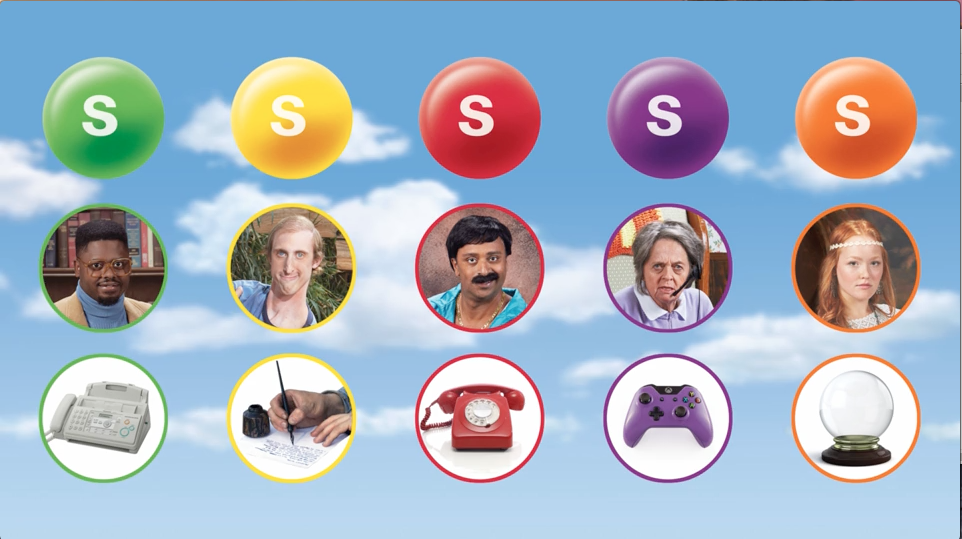