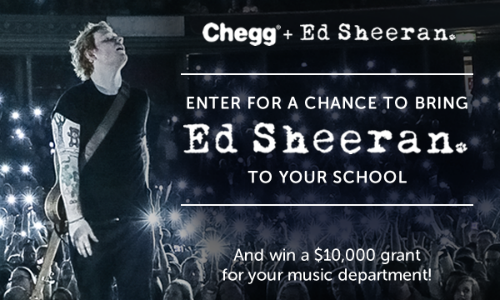 Every school year students have the same course of events on the horizon – going to class, doing homework, and taking exams. Chegg knows the student experience is about more than what happens in the classroom, and lets face it, everyone needs a study break now and then.

To ease the madness students feel throughout the semester, Chegg teamed up with pop superstar Ed Sheeran for a one-of-a-kind, once-in-a-lifetime experience – a live and in-person music session and Q&A, along with a $10,000 grant awarded to the winning school's music department.

In Fall 2014 Chegg and Ed Sheeran collaborated to promote Sheeran's first major solo U.S. tour. The campaign born from that partnership, #EdOnTour, was a hit amongst students (even rising to the top of U.S. Twitter trends), and cemented a relationship between the two camps. In 2015 Sheeran's team approached Chegg for another opportunity to raise Sheeran's profile. Building off the success of the first collaboration, #EdOnCampus aimed to engage students in an immersive digital--and live--experience.

To engage students from across the country, Chegg ran a month-long contest in which students could nominate their high school or university to host a live music and Q&A session with Ed Sheeran, and have their school awarded a $10,000 music grant.

The first phase of the campaign involved directing students to a landing page to submit and vote for their school. To promote participation through the contest entry period, Chegg leveraged user mailing lists, paid/organic social messaging, blog updates, box inserts with textbook orders, and promoted posts through Ed Sheeran's official social channels. In addition to allowing students to vote daily for their school, we provided students with the option to cast an additional vote through social sharing of #EdOnCampus. The post-entry page also provided a platform to promote Ed Sheeran's latest single and the Chegg mobile app.

After the contest entry period closed, the second phase of the campaign focused on activating students socially before, during, and after the live event. This was achieved through two social initiatives which utilized different elements of the event. The first was a photo sweepstakes in which the students attending the event were incentivized to post a photo on Twitter or Instagram using #EdOnCampus; the second was a Snapchat "takeover", which provided behind-the-scenes, VIP access to the event, along with updates (swag giveaways, ticket giveaways, etc.) which kept students checking Chegg's Snapchat story throughout the day.

The final, and perhaps most exciting, piece of the campaign was the live event itself. During this hour-long session students experienced an unfiltered Q&A in which Ed discussed everything from his musical inspirations to life before superstardom, and performed with a few acoustic renditions of his most well known hits. This intimate event was captured by a film crew and used to produce a recap video on Chegg's official YouTube channel.

#EdOnCampus was one of the most successful campaigns in Chegg's history. The cross-platform nature of the campaign grew Chegg's reach to new heights, and firmly established the Chegg Music 101 brand as a leader within the student space. Ed Sheeran garnered direct access to one of his most engaged demographics, high school and college students, to raise awareness for his single "Thinking Out Loud." Through the funds provided by the music grant, the winning school, the University of Central Florida, was able to launch a scholarship program for students pursuing their studies in the field of music.

#EdOnCampus proved to be a innovative campaign that deeply resonated with students and provided a unique experience that only Chegg could deliver. Below is a summary of performance metrics garnered by the #EdOnCampus campaign: 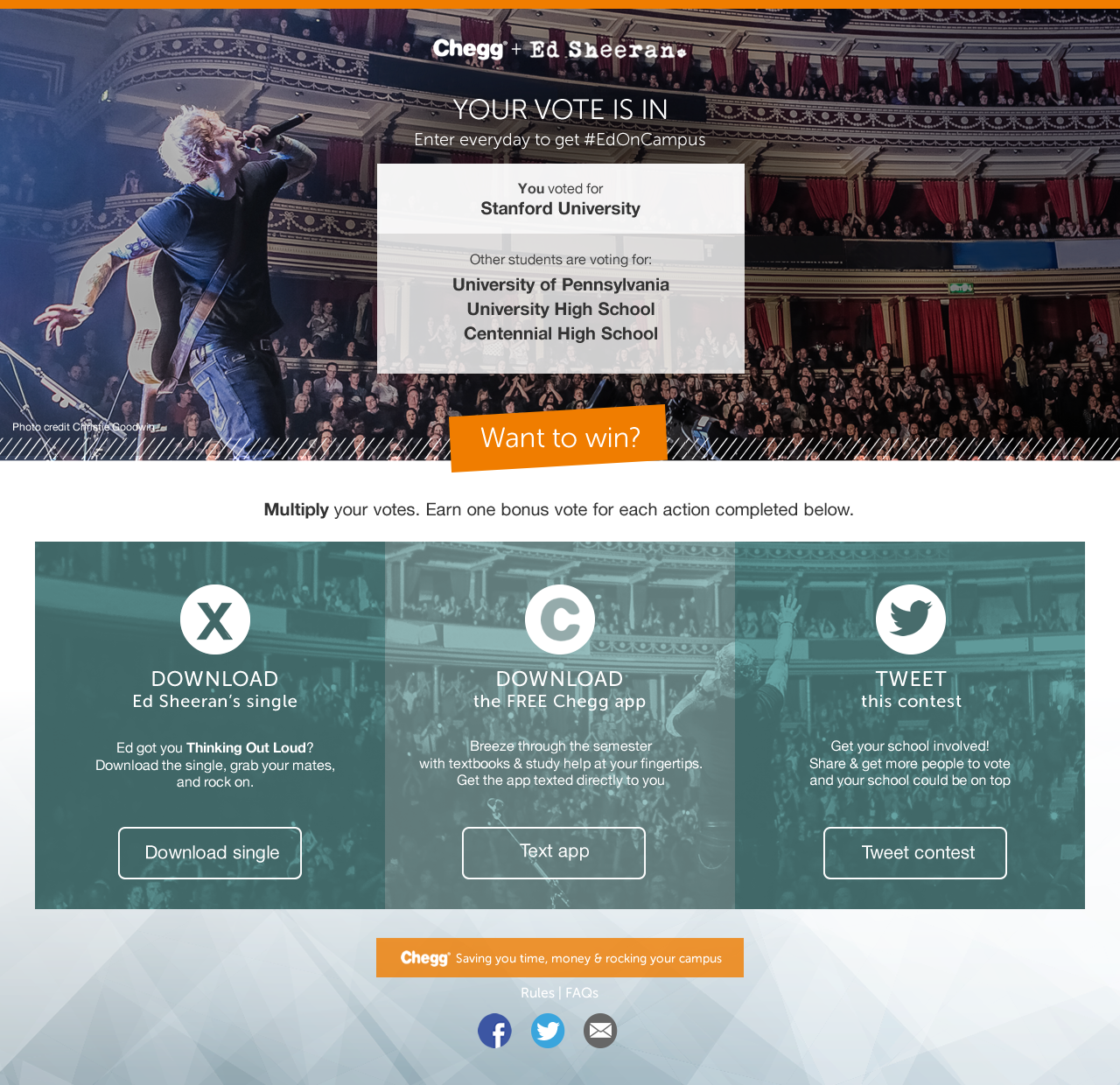 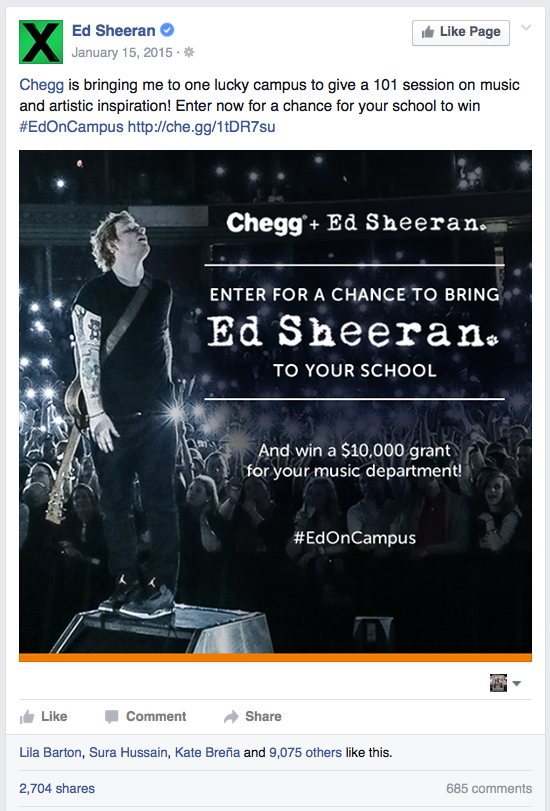 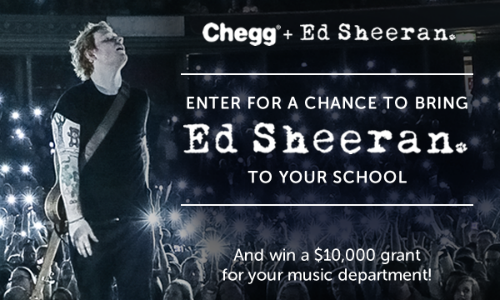 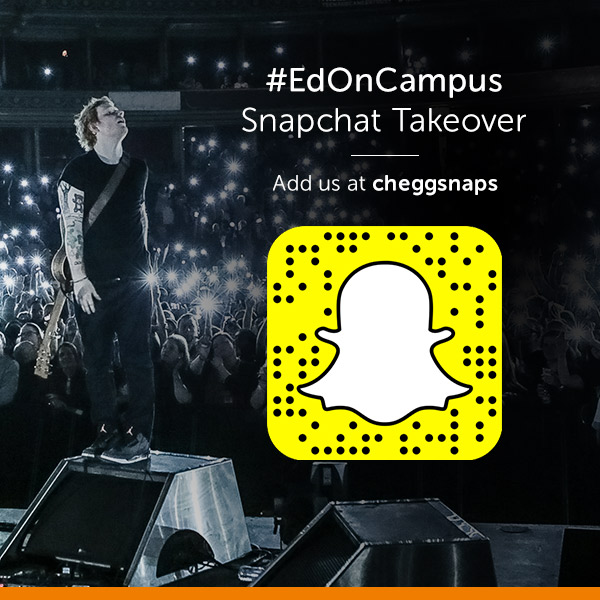 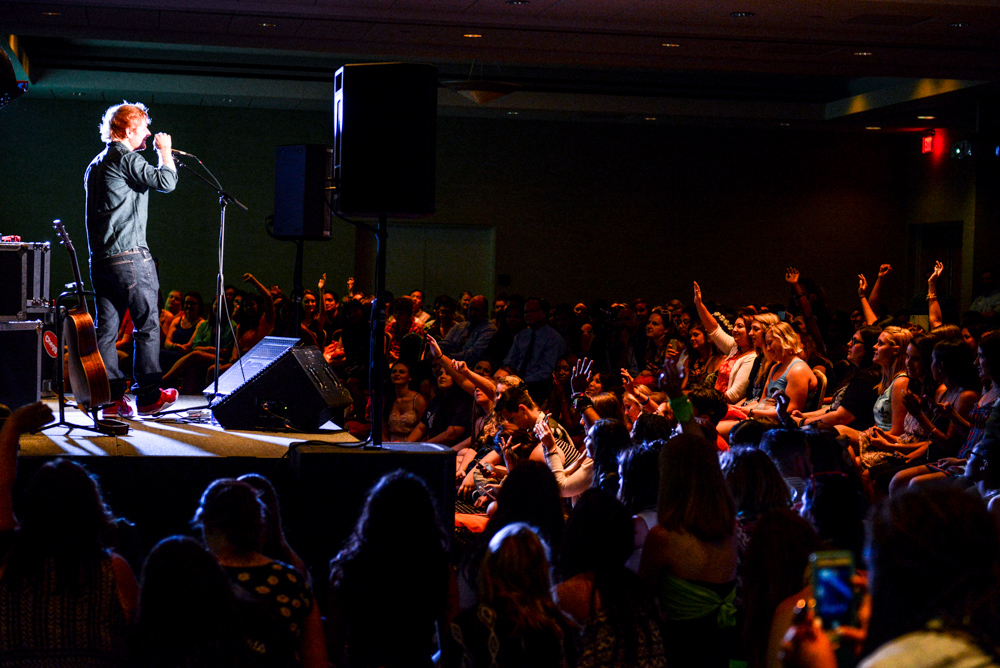 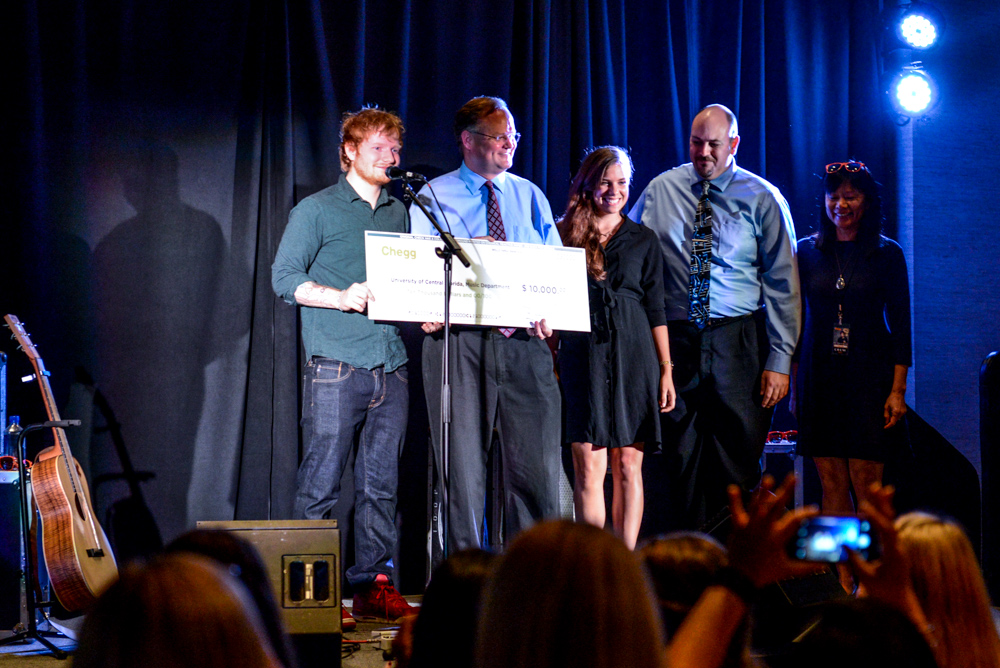 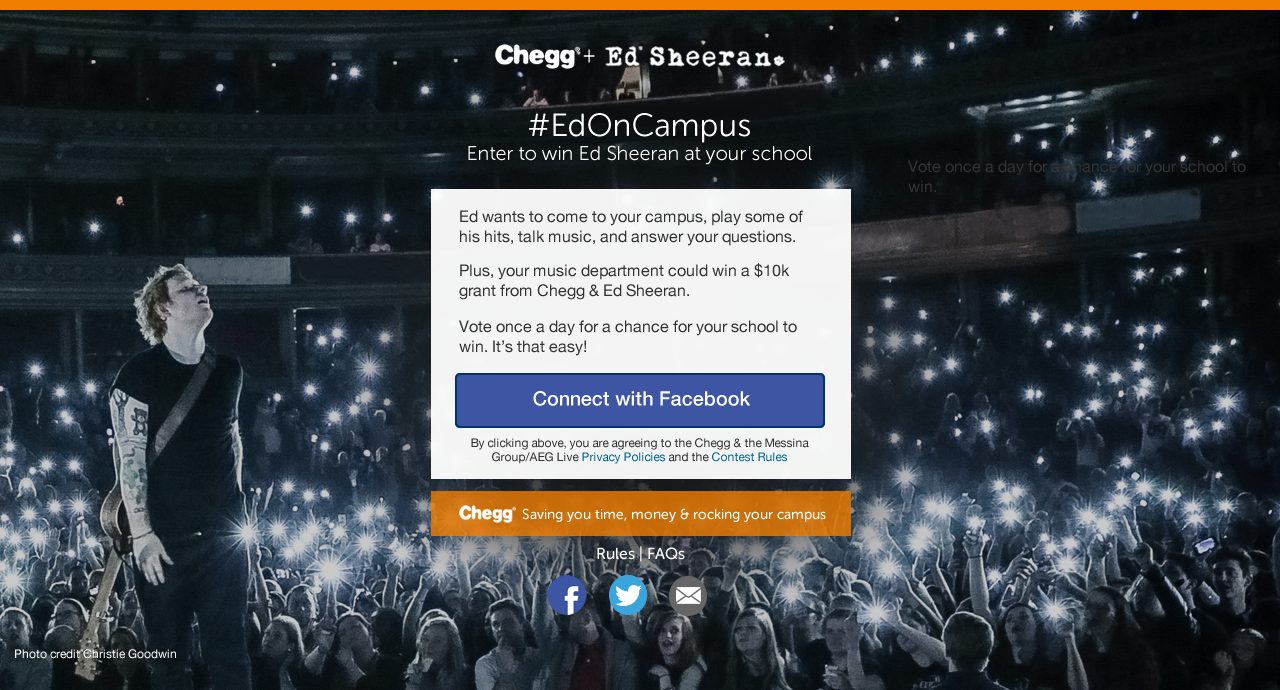