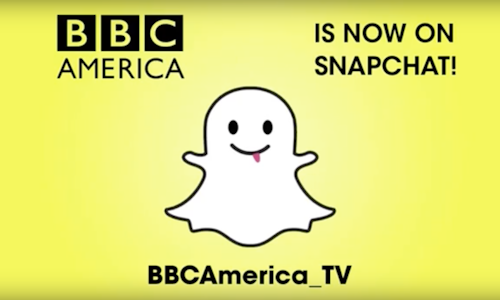 The BBC America audience lives on the smart edge of pop culture. Our audience are early adopters of new platforms and technologies, which is why the BBC America network was such a natural fit for Snapchat. Snapchat is an important platform to share never before seen content, news, and announcements, giving us a golden opportunity to have an open dialogue with our community.

BBC America has developed a brand known for experimentation and innovation in social media. To continue this distinction, we launched the official BBC America Snapchat where fans and the community gather to see what's happening in real-time.

The objective of starting the official BBC America Snapchat account was to continue growing our loyal audience and to share never before seen content with fans.

BBC America has strived to build a strong brand by putting innovative social media at the center of its strategy. To continue building our incredibly active community, BBC America launched the Snapchat account to share exclusive footage, images from shows, news, announcements, and to highlight community culture.

Building the BBC America brand on a new platform required perspective, analysis, and action. Our approach was four-tiered: we address new platforms and technologies, how we use them to speak to our community, which tentpoles to establish, and how to enlist all departments of the organization for collaboration, which is evidenced by the types of unique content we share with our Snapchat community, and the excited feedback we receive from them.

The BBC America Snapchat community has grown impressively, and is evidenced by increasing our engagement by 800% in around 9 months on the platform through December '15. This is an incredible rate of growth, and is evidence of just how popular the account has become.

We are building a highly engaged community on Snapchat which is allowing BBC America to unite intellectual property, characters, and talent under one tent.

We allowed BBC America to engage with our fan community on a new platform that they were excited about. We created new content, participation opportunities, and were able to eventize tentpole events for the brand through live coverage.

Video for BBC America on Snapchat 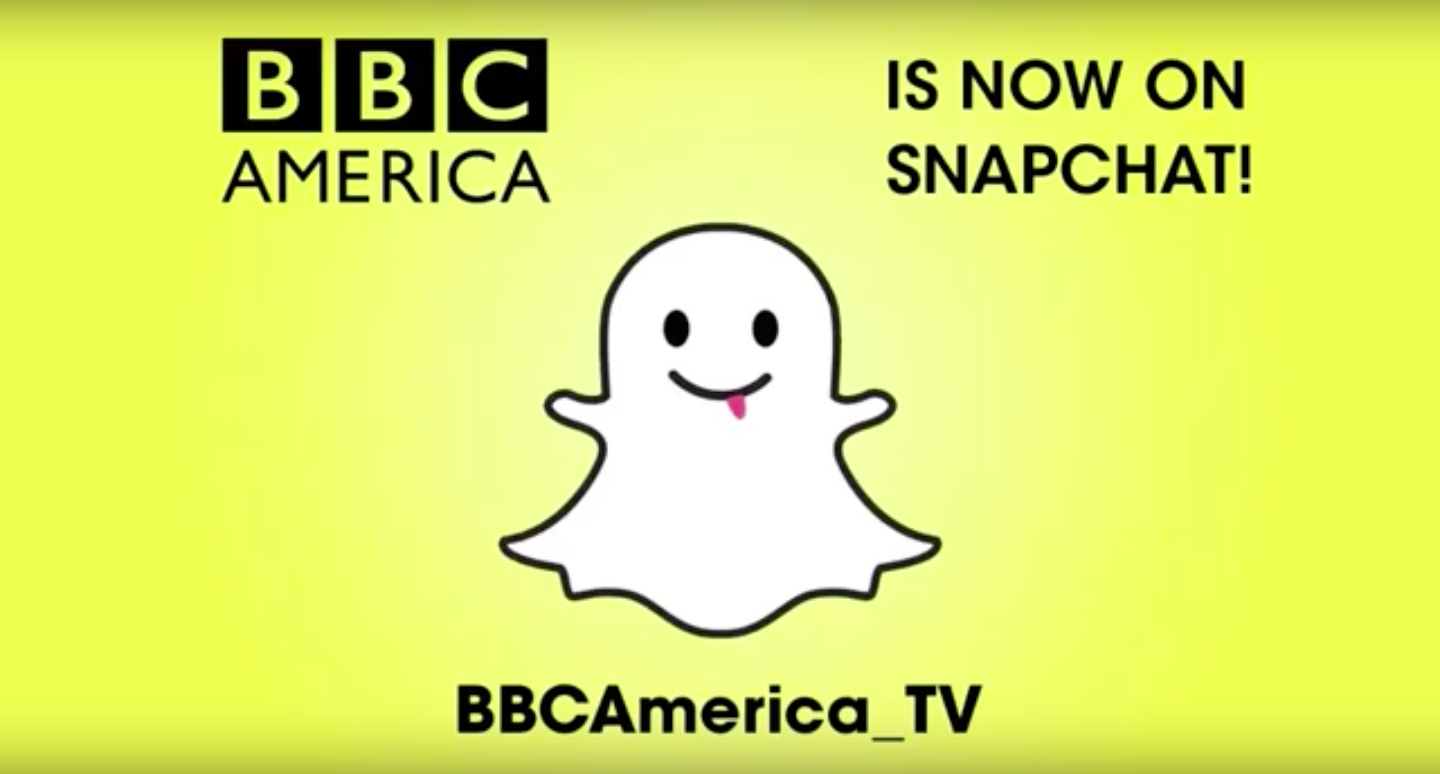 Everybody At Once, BBC America