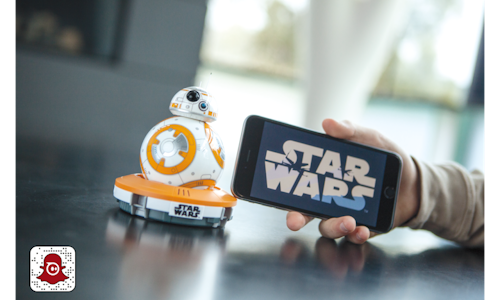 Over the years, the magic of Star Wars™ has always lived on screen and in our imaginations. Thanks to our advancements in technology, we've made it possible to bring a new part of Star Wars: The Force Awakens™ into your home.

On September 4th 2015, a day known to Star Wars fans as Force Friday, we launched the app-enabled Droid BB-8 into the world using Snapchat as a key channel to capture the joy and excitement of the global #ForceFriday event.

BB-8 sold out everywhere within hours.

Together with Naritiv, we invited 5 of the best Snapchatters to five flagship Disney stores around the world (San Francisco, New York City, Paris, London, and Dublin) for the #ForceFriday midnight launch of our new product, the BB-8 Droid.

The creators waited in line and snapped the hype and excitement of their fellow fans. The next day each creator took their new Droid friend on an adventure in their city.

What made this unique? It's the first global product launch using Snapchat that we know of. Five different stories going simultaneously in multiple time zones around the world. All within 24 hours.

We loved working with our talented creators: 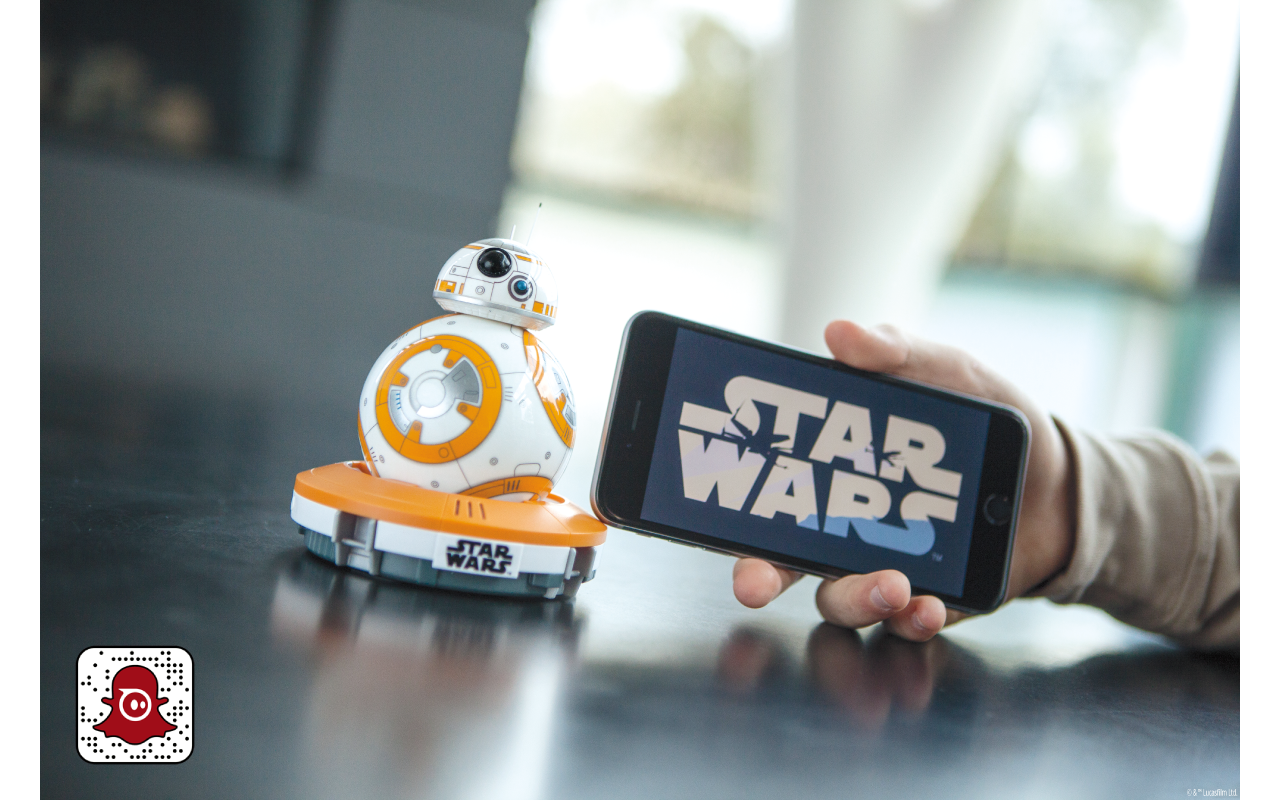 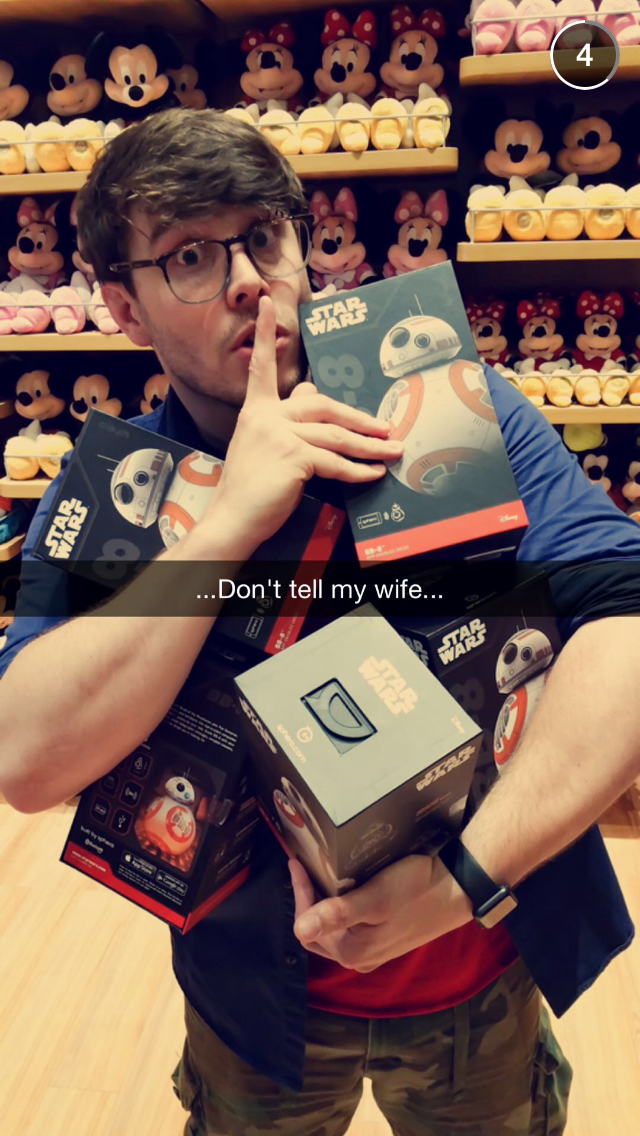 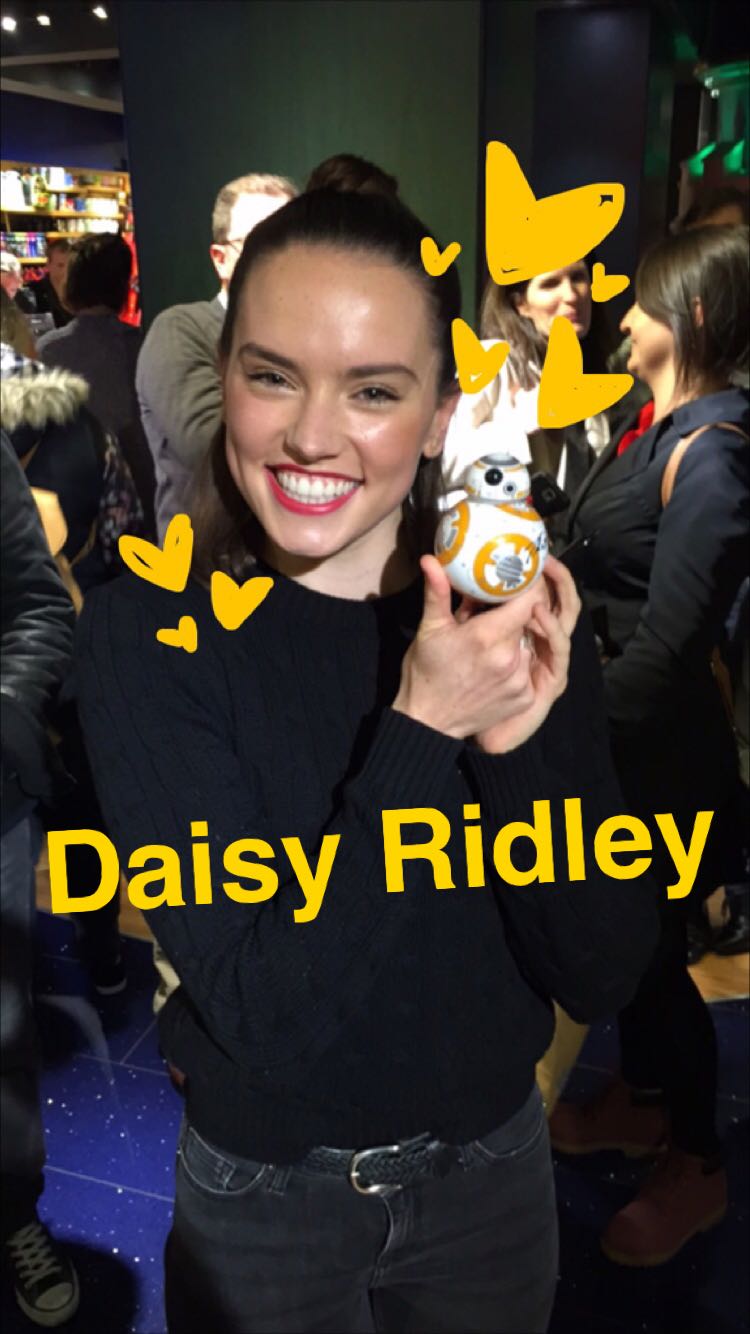 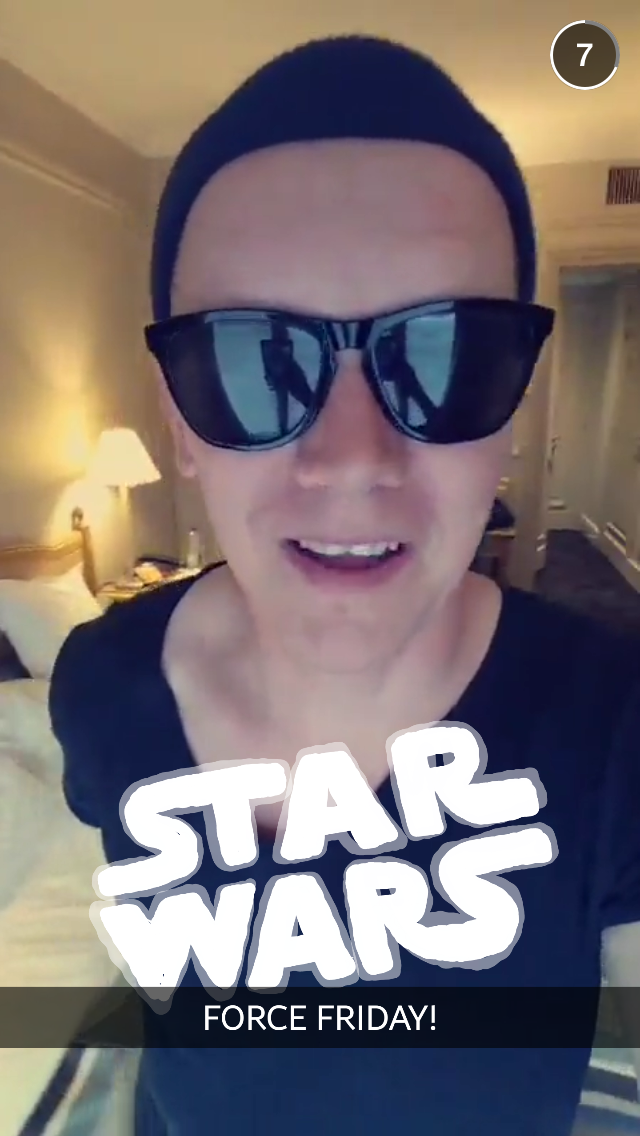 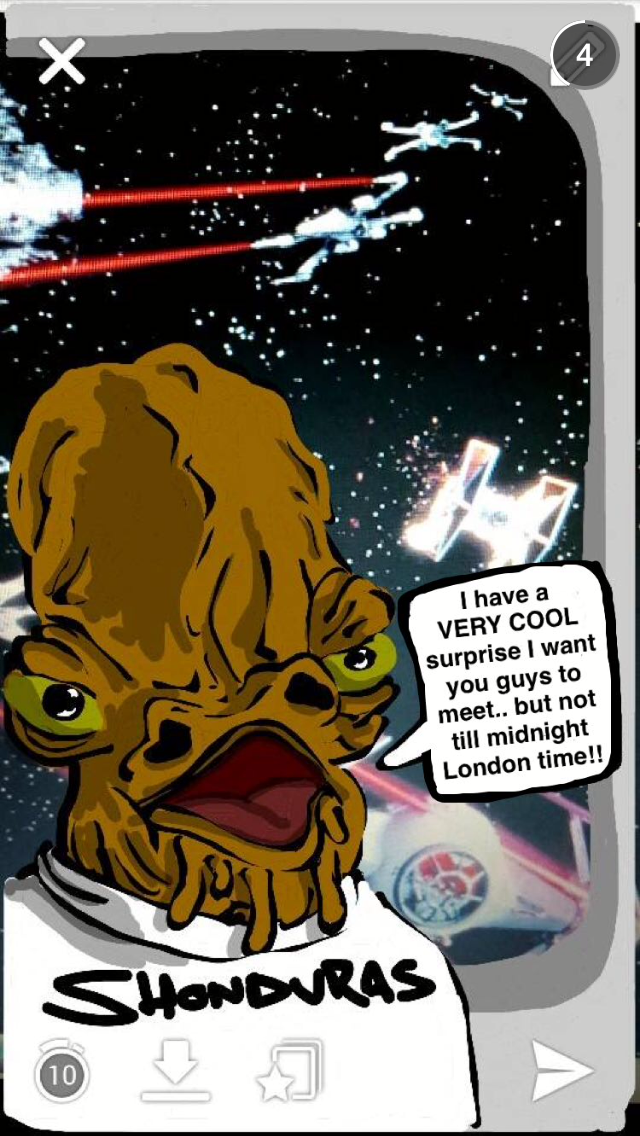