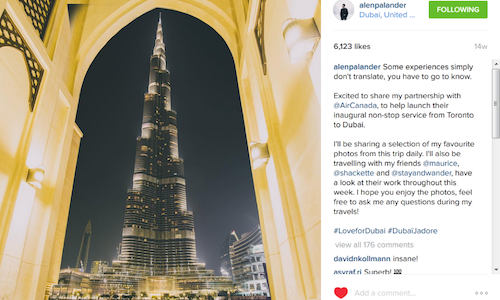 There's something to be said about the celebration of travelling to new destinations. In a modern world where travel has become an adventure and an opportunity for new experiences, the launch of new routes represents another opportunity to connect Canadians and the world.

Inspired by the enthusiasm and love of new destinations, we launched a social program to announce and celebrate new corners of the earth the airline is now taking travelers to. The objective of the program was to showcase the new routes in an authentic, exploratory way that would resonate with millennials and inspire them to dream of flying there one day – especially with Air Canada.

Partnering with 4 Canadian Instagram influencers was the answer. It allowed us to authentically showcase new routes launched in 2015 – Amsterdam, Mexico City, and Dubai - through their lens as well as extend reach through their extensive and engaged audience. Sent off on the inaugural flights with an open itinerary, the Influencers could plan their own expedition based on their interests, capturing and sharing their journey with their and Air Canada's social communities. Canadians were invited to follow the Influencers' exploration and share their love for the destinations by using the #LoveForAmsterdam, #LoveForMexicoCity, or #LoveForDubai hashtags.

Throughout the Dubai route launch activities, we had a videographer capture the adventures of the Instagrammers to add further texture to the mystical destination and to uncover a day in the life of an Instagram Influencer. The resulting video was shared on Air Canada's social channels to cap off the inaugural activity. 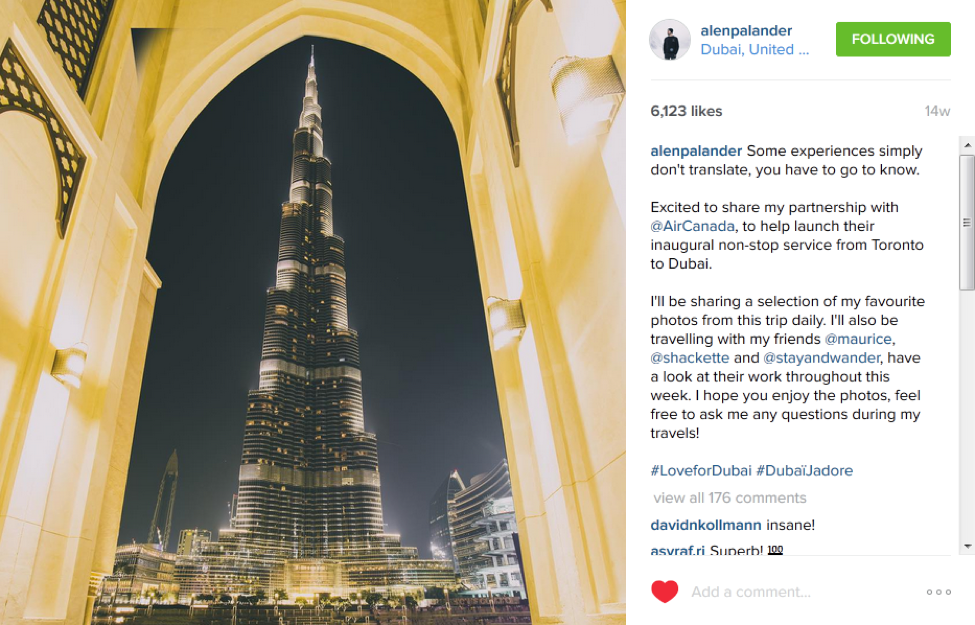 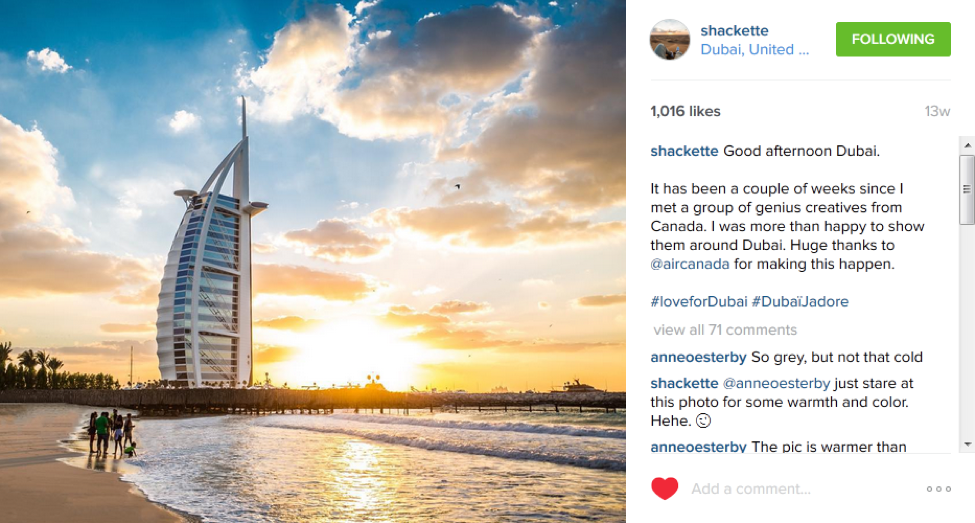 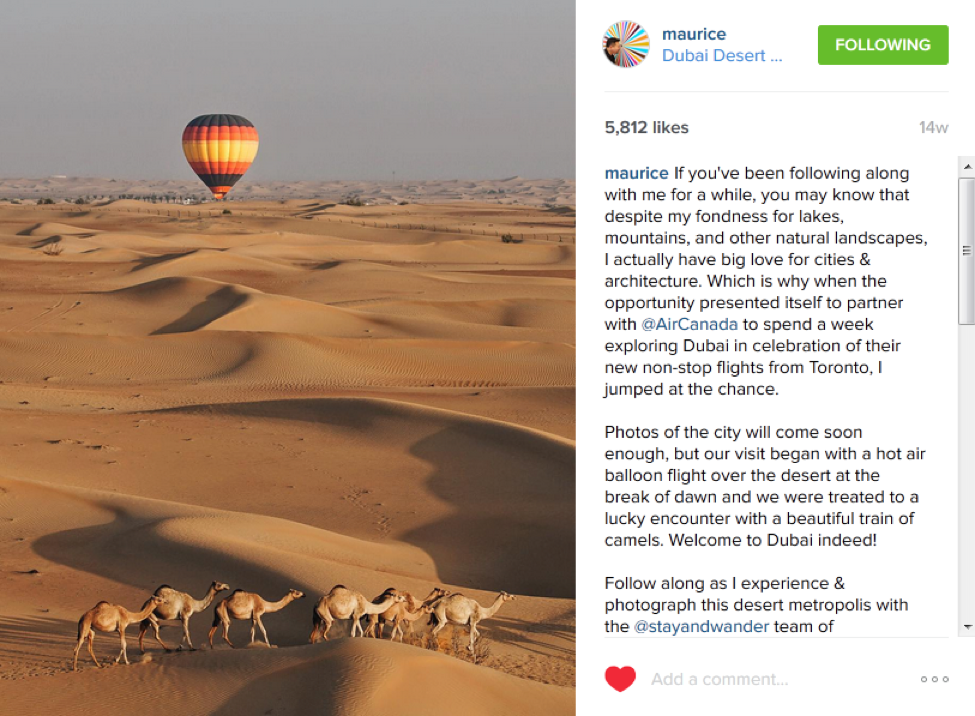 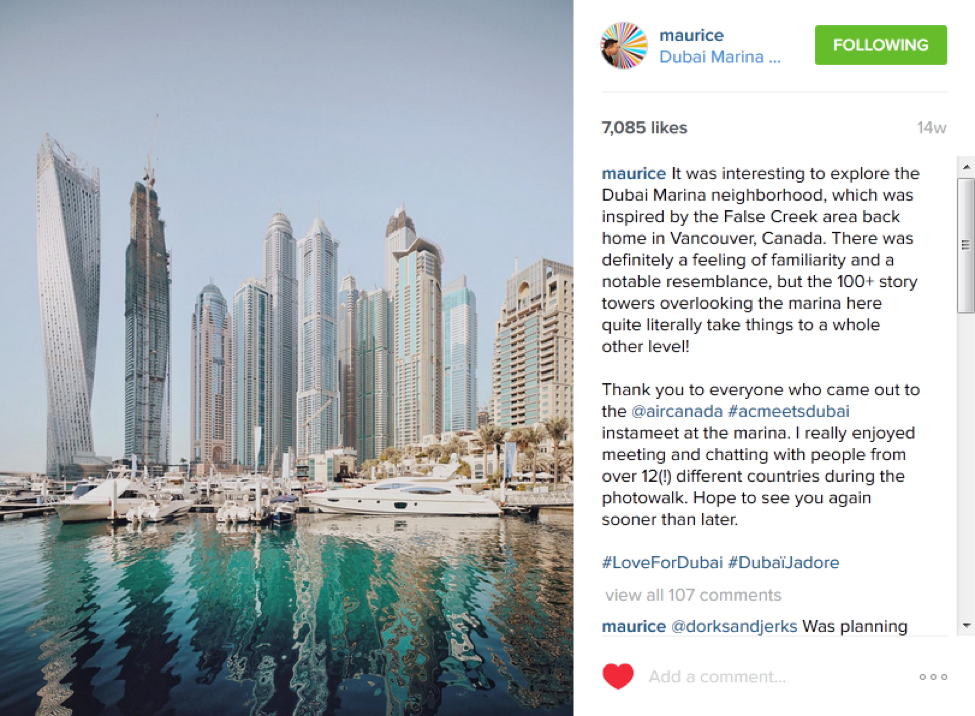 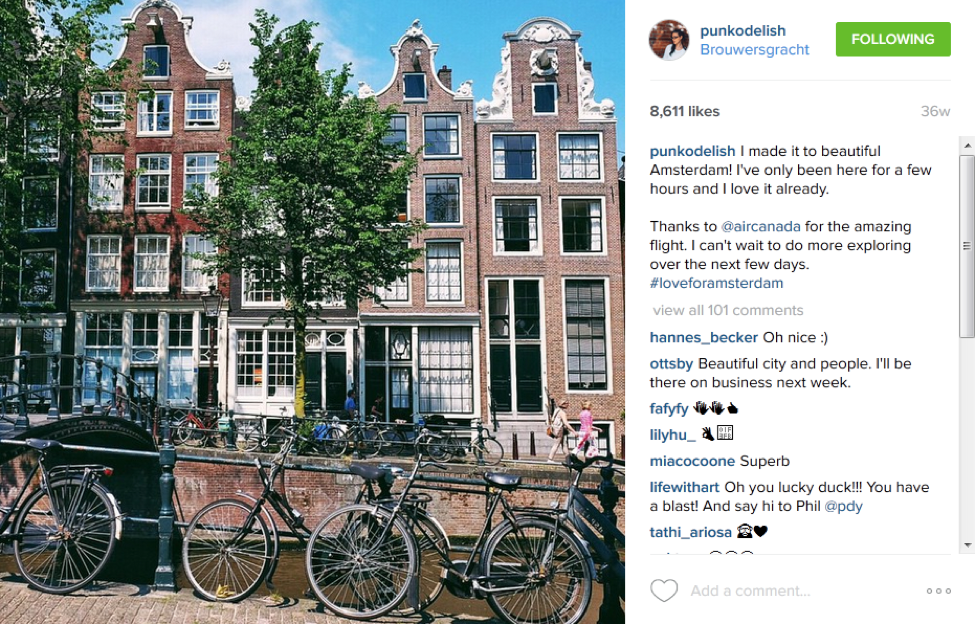 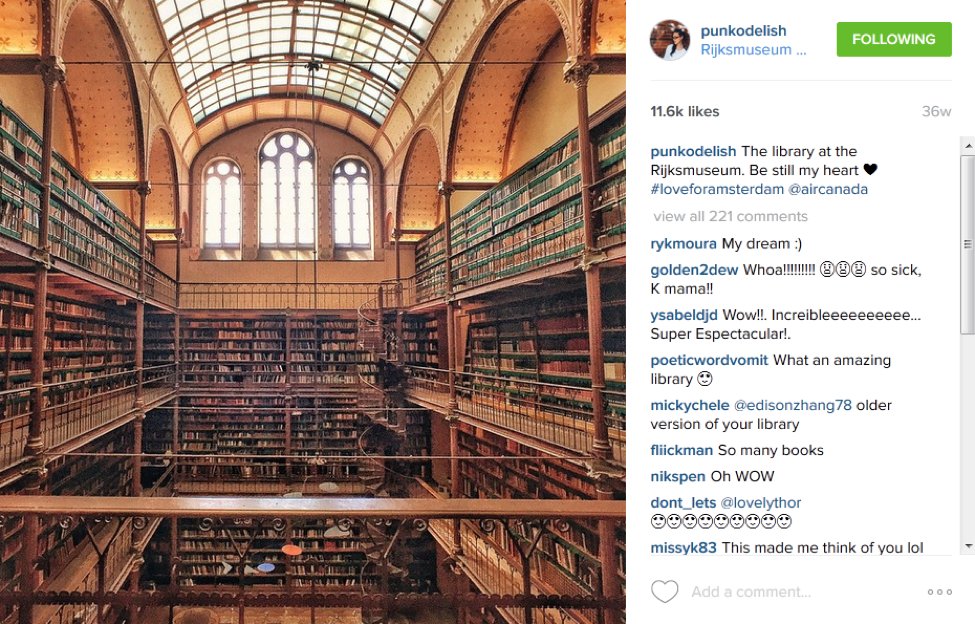 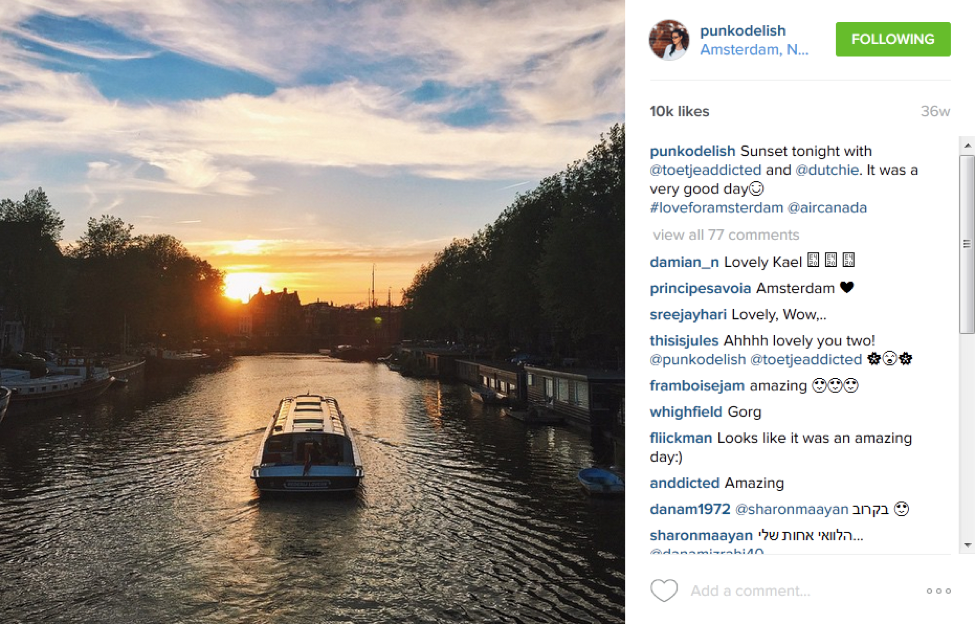 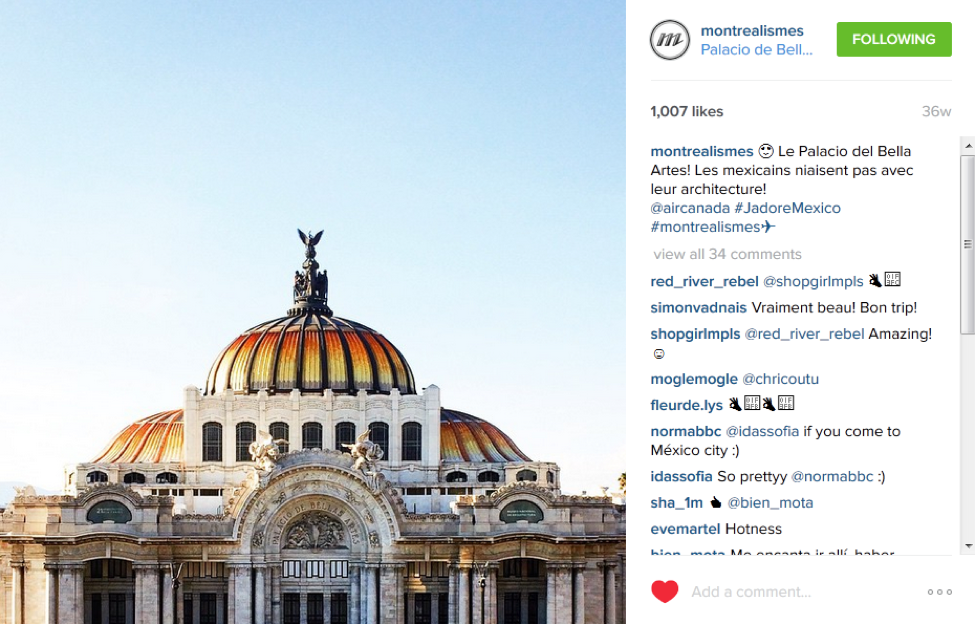 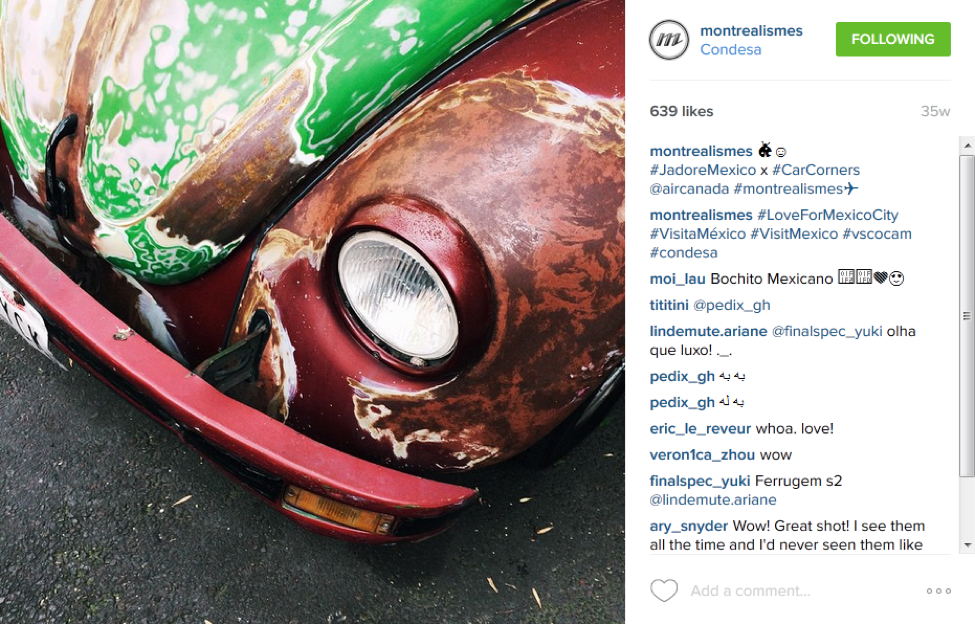