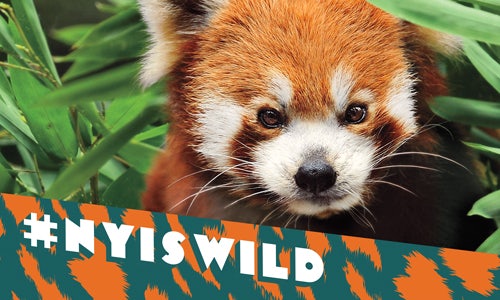 When you think of the "wild" aspects of New York City, a family of gorillas doesn't usually come to mind, does it?

However, when the Wildlife Conservation Society was looking to celebrate 120 years of saving wildlife while raising awareness and traffic to their parks, we wanted to do just that. After 20 years of stagnant traffic, they were looking to be top of mind with New Yorkers as a great place to spend their spring and summer weekends (or weekdays!). The organization owns and/or manages the Bronx Zoo, New York Aquarium, Central Park Zoo, Prospect Park Zoo and Queens Zoo. While the parks are largely known as a tourist attraction, the goal was to target the residents of the New York metropolitan area and remind them how close their wild neighbors are. You never know when you might need a cup of sugar…or bamboo!

Growing attendance numbers and ticket sales for the parks is a priority to the WCS and provides not just the exceptional care of the animals that live there, but also the extensive field work in nearly 60 countries and the conservation of the 3.6 million square miles of wild space.

We started by analyzing the demographics of the current visitors of the five parks. Surprisingly, over half of all visitors were adults without children. Since the target audience, residents of the New York metropolitan area, was broad, we narrowed that demographic down to focus on millennials based in the area.

During our research, we uncovered two insights from analyzing the behavior of millennials in NYC. First, New Yorkers love to be surprised by New York. Residents take pride in their city and love to discover new things. Additionally, looking at their behaviors at other attractions and cultural institutions, the use of smart phones and social sharing on platforms such as Instagram drive that have-to-be-here feeling with this demographic.

First, we selected the most compelling sights from inside of the parks and put together a campaign that would highlight these animals and other iconic locations in New York City. From there, we published these experiences through WCS owned channels, influencers and the social accounts of park visitors. Paid media would then amplify this content on social, digital and out of home advertisements. This would reach outside audiences that would then be driven to the parks to have their own experience and participate in the campaign. The cycle would begin again as new user content was generated and reached and even greater audience.

We launched 120 Ways NY is Wild with a website featuring a list of 120 animals and locations across the five parks and boroughs of New York City. The list featured iconic attractions ranging from the NY Public Library lion statues, to the sea lions that call the New York Aquarium home. We invited participants to join us on an urban photo safari by capturing images of all the "ways" listed on the site. A user would snap a way and post on Twitter or Instagram tagging the photo with #NYisWild and the respective number from the list (i.e. #45). For every 10 - 20 photos, a user would be entered into a new level of prizes ranging from a free membership to a day as a sea lion trainer or even a trip to Belize!

At the start of the campaign, we activated a network of bloggers as well as a group of sixteen NYC based Instagram influencers to share images of our animals through the course of the campaign with their followers. Mashable held a Meet Up at the New York Aquarium and one of the most iconic landmarks in New York, The Empire State Building, lite up green in honor of the 120th anniversary on May 28th

Paid support on Facebook, Twitter and Instagram as well as Google Search drove additional traffic to the site. During the height of the season, out of home ads appeared in NYC subways, newspapers, bus stations and in the newly launched MTA Kiosks which included an interactive feature allowing users to view photos featured on the site.

We were successful in both increasing awareness as well as driving attendance to the smaller parks. The Central Park Zoo, Queens Zoo and Prospect Park Zoo all saw attendance increase from the previous year by as much as 4.8%. For the campaign we had:

4,386 total registrants, with 45% of participants visiting at least 2 parks.

From a paid media perspective we had over 436 MM Impressions, 936K social engagements and over 200K clicks to NYisWild.com 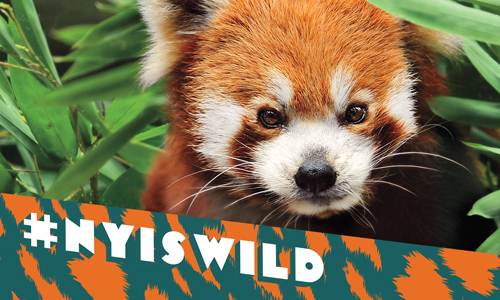