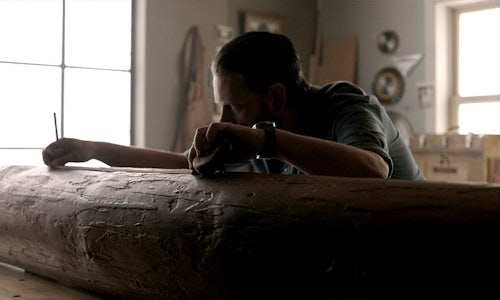 The second generation Moto X was introduced in the Fall of 2014, and received great reviews from tech influencers. But in the face of intense competition in the mobile category with constant device launches from a host of competitors, it was hard to get consumers in social talking about Moto X and its key features that made it standout from the rest of the mobile pack: its beautifully contoured, totally customizable design, including materials options in real wood and genuine Horween leather, and its hands-free "Touchless Control" features.

In January 2015, Razorfish noticed through our social listening that selfie stick-related social chatter and US press mentions were jumping into hyper drive, and that this supernova of conversations was likely to peak somewhere in March/April of 2015, based on its trajectory. Selfie sticks had seemingly come from nowhere to become an epidemic, and were starting to generate tens of thousands of social mentions in an often polarizing debate. From pundits, to press, to The President, people either LOVED or HATED selfie sticks. And no other brand had tried to say anything about them for fear of taking the "wrong" side.

Razorfish knew that exponentially more social consumers were talking about selfie sticks than were even aware of the personalization/design options offered through MotoMaker.com.

So what if Motorola started getting ready to have a little fun for April Fool's Day by capitalizing on the expected peak of this cultural trend to highlight the choices and customization possibilities of Moto X? What if we could take over the "selfie stick" conversation by using it as a metaphor for our key brand differentiator? What would happen if we got social consumers talking about customizable "luxury self sticks," and in the process, taught them that MotoMaker.com lets you customize your Moto X with genuine wood, Horween leather, and 27 other custom colors and materials, resulting in 1000s of possible device design options?

Razorfish created a strategic, "social-at-the-core" spoof campaign for April Fool's Day, which gave us additional license to have as much fun as possible with our fans and media influencers. We shot a "hero" video spot, created a mobile campaign hub, enlisted celebrity and social influencers (Demi Lovato, Jimmy Kimmel, Marques Brownlee) to help us seed the gag and then launched the best promotional offer for Moto X to date - $140 off for just playing along. And we worked with partner media agency DigitasLBi to secure paid media partnerships and placements that ensured the conversation would start exactly when and where we wanted it to. Here's how it all came together:

To be clear, Motorola didn't actually launch a brand new product line of high-end, customizable "selfie sticks." But our campaign did place Motorola squarely at the center of social conversation over April Fool's Day. Most importantly, we successfully tackled Motorola's US product awareness issue during the incredibly crowded and tightly time-boxed "April Fool's Day" window. And the results couldn't have been better.

Over our 72-hour campaign period, #MotoSelfieStick left its indelible hand-print on April Fools. We generated: 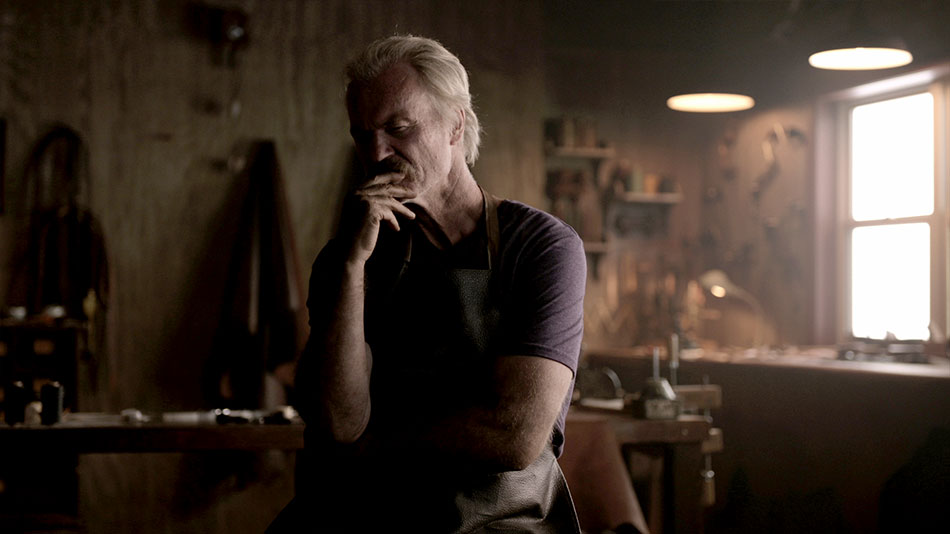 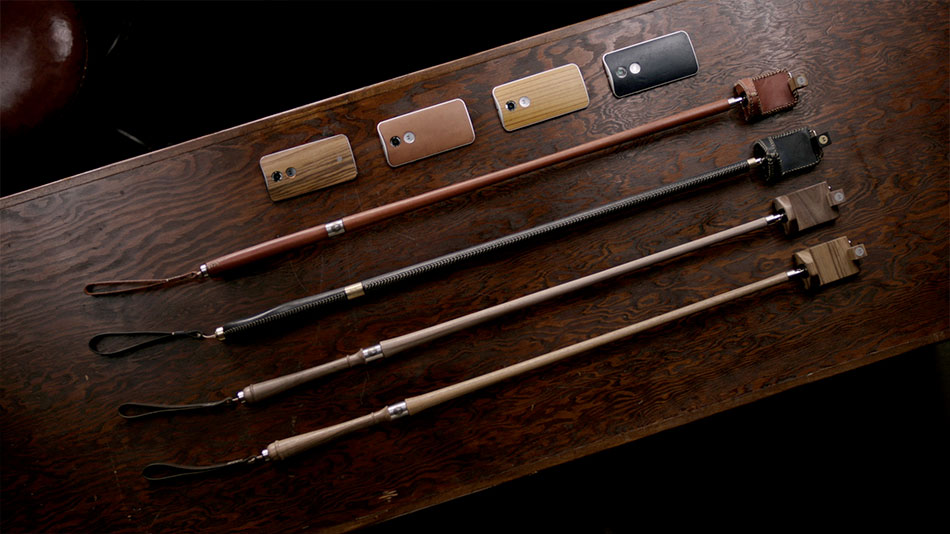 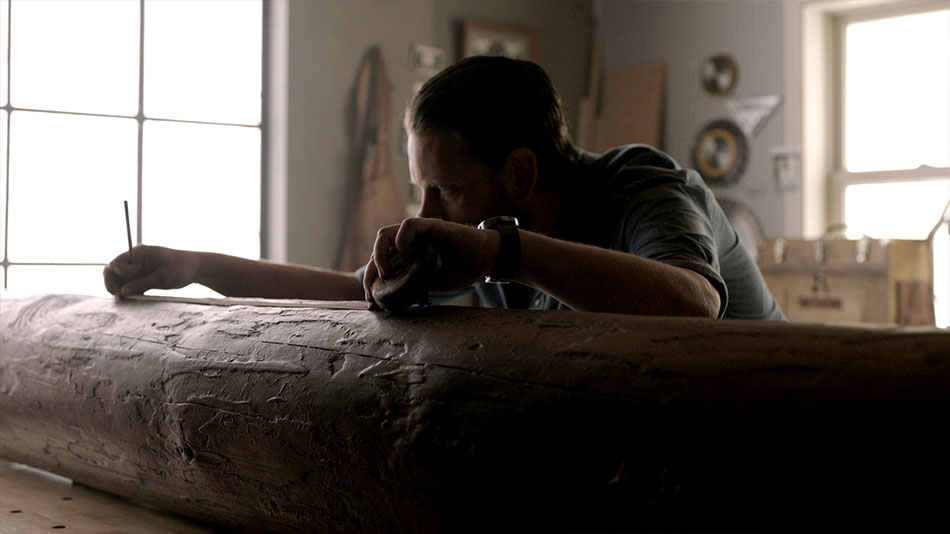 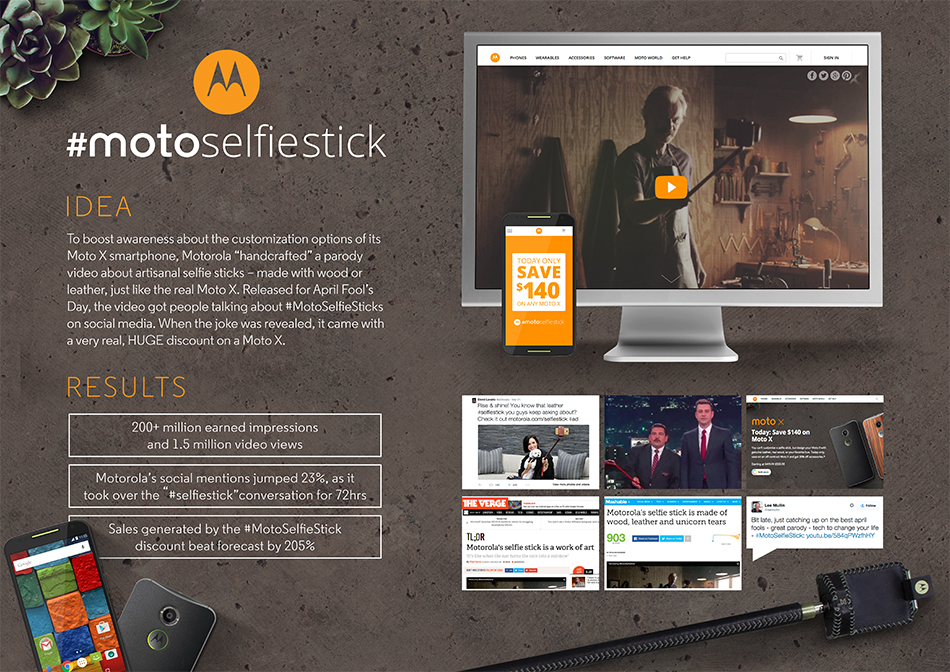