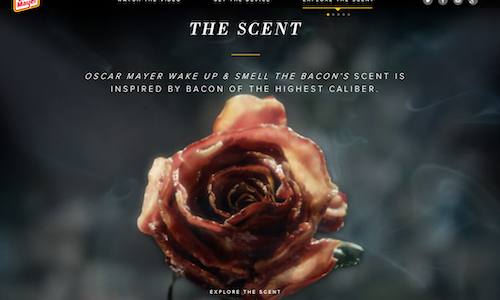 Wake Up & Smell The Bacon

Winner in Most Creative Use of Technology

Americans have been waking up to the scent and sizzle of Oscar Mayer bacon for over 100 years. However, in the grocery aisle, consumers see all bacon brands as largely the same and Oscar Mayer costs a dollar more than store brands. To stand out as the better bacon worth their extra dollar, Oscar Mayer couldn't just buy their attention; it had to earn it from the moment they woke up.

We challenged the CPG category with a digital only campaign that would get people talking about Oscar Mayer bacon in particular by connecting it to the unmistakeable sensory experience of cooking bacon in the morning. The result was the world's first and only alarm clock app and device that lets you "Wake Up & Smell the Bacon."

Over nine months of R&D, we blended a custom bacon scent, prototyped a device to deliver it, and developed an accompanying alarm clock app. To promote the product, we created a web video parodying the ridiculous, whimsical tone of contemporary fragrance ads, encouraged fans to apply to win a limited edition device, and seeded devices with reporters and influencers.

Demand for the exclusive product was explosive, as more than 300,000 people entered to win and 67,000+ people downloaded the app. A hot topic in the press, it garnered 520 million+ earned media impressions, making Oscar Mayer the most talked-about bacon brand in America.

Bacon is the Holy Grail of American food indulgences, but people aren't particularly choosy about what brand of bacon they buy. Oscar Mayer bacon is known for its quality and value, but it's situated at a tricky price point: a dollar more than budget store brands yet less expensive than gourmet offerings. As such, the brand must constantly work to remain top of mind with bacon enthusiasts, so they are more apt to choose "the middle guy" (Oscar Mayer) in the aisle.

On the heels of two very successful and inventive 360i-led brand initiatives – "The Great American Bacon Barter" in 2012 and "Say It With Bacon" in 2013 – Oscar Mayer was challenged with bringing home the bacon a third time.

We would once again need to stand out - in the largely unbranded bacon phenomenon - as the best tasting bacon brand worthy of consumers' extra dollars. To effectively stand out, we couldn't just buy consumers' attention; we had to earn it.

We set out to be the bacon people thought of the moment they woke up, the bacon they wanted to talk about, and ultimately the brand they chose to purchase in the grocery aisle.

From our online social listening of bacon conversations we discovered that bacon enthusiasts collectively shared and talked a lot about their deep nostalgia for this ultimate comfort food in the morning. We recognized a competitive gap in the marketplace as few at-home culinary experiences rival the unmistakable scent and sounds of bacon cooking in the morning.

Our strategy was to connect this euphoric, multisensory experience to our brand of bacon in particular.

We also knew from our social listening that our target audience not only primarily consumed content on their phone, but slept with their phone next to their nightstand every night, often relying on it as their alarm clock in the morning. We set our sights on capturing their attention the moment they woke up with a digital first, socially driven campaign that would prove there's nothing better than waking up to the sound and scent of Oscar Mayer bacon in the morning.

We created "Wake Up and Smell the Bacon," the world's first and only mobile alarm clock that would allow bacon enthusiasts to awaken to the sound and scent of Oscar Mayer bacon.

Over nine months of research and development, we built a user-friendly alarm clock app, blended a custom Oscar Mayer bacon scent, and prototyped an IOS device to deliver it.

To promote the product, we created a web video parodying the ridiculous, whimsical tone of contemporary fragrance ads and launched a website directing bacon enthusiasts to our website where they could take a quick bacon quiz once a day to enter into a sweepstakes for the chance to win one of the 5,000 devices. If they then tweeted the link to our website, they were rewarded with an additional entry.

From our website, we drove enthusiasts to the iTunes store to download our branded app that synced with the scent device so that they could wake up every morning to the sound and smell of our sizzling bacon.

To help build buzz, we seeded a handful of devices with reporters and influencers ("Wake Up & Smell The Bacon" needed to be experienced to be believed) and used digital media to spread our humorous video to the masses.


Oscar Mayer caused pandemonium across the Internet and almost immediately the effort was a viral sensation. Demand for the limited edition product was explosive, as more than 307,000 people applied to win a free device and more than 67,000 people downloaded the app.

Fans responded to our efforts on social with: "OHMYGOODNESS.WANT," "Would do anything for a piece of this earthly heaven" and "Oscar Mayer Promises Bacon Alarm Clock, World Loses its Mind."

Media outlets including: NBC News, The Huffington Post, Mashable, CNN, Time, Bloomberg Businessweek, ABC, Fox News and The Guardian jumped at the chance to demo the devices on the TV and review them in the papers. USA Today called it "The best invention since whatever came before sliced bread."

Almost immediately, "Wake Up and Smell the Bacon" was a hot topic on national news shows and in major consumer and trade publications – garnering more than 520 million earned media impressions and making Oscar Mayer the most talked-about bacon brand in America due to a 2,700 percent lift in Oscar Mayer-branded bacon conversations online. 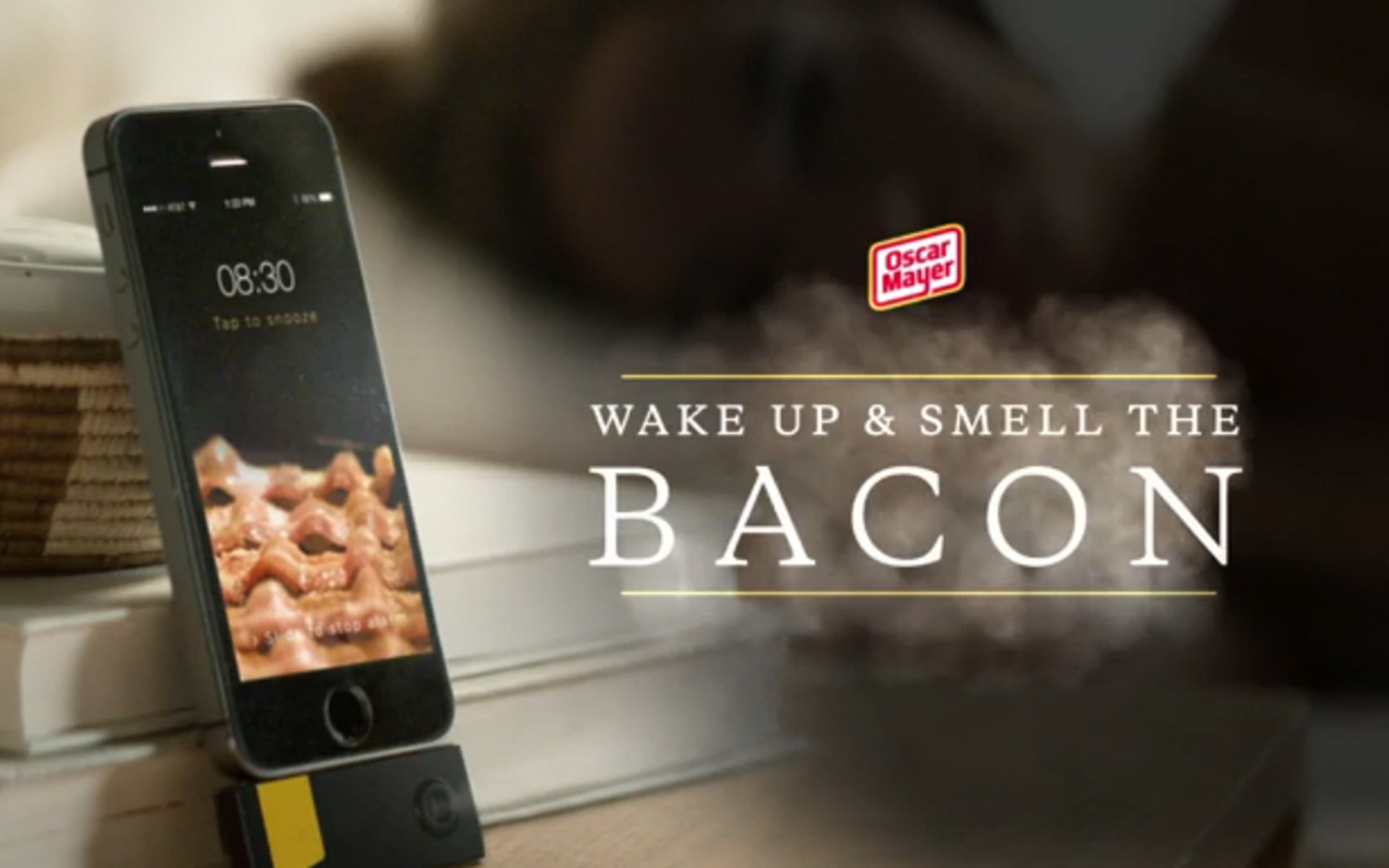 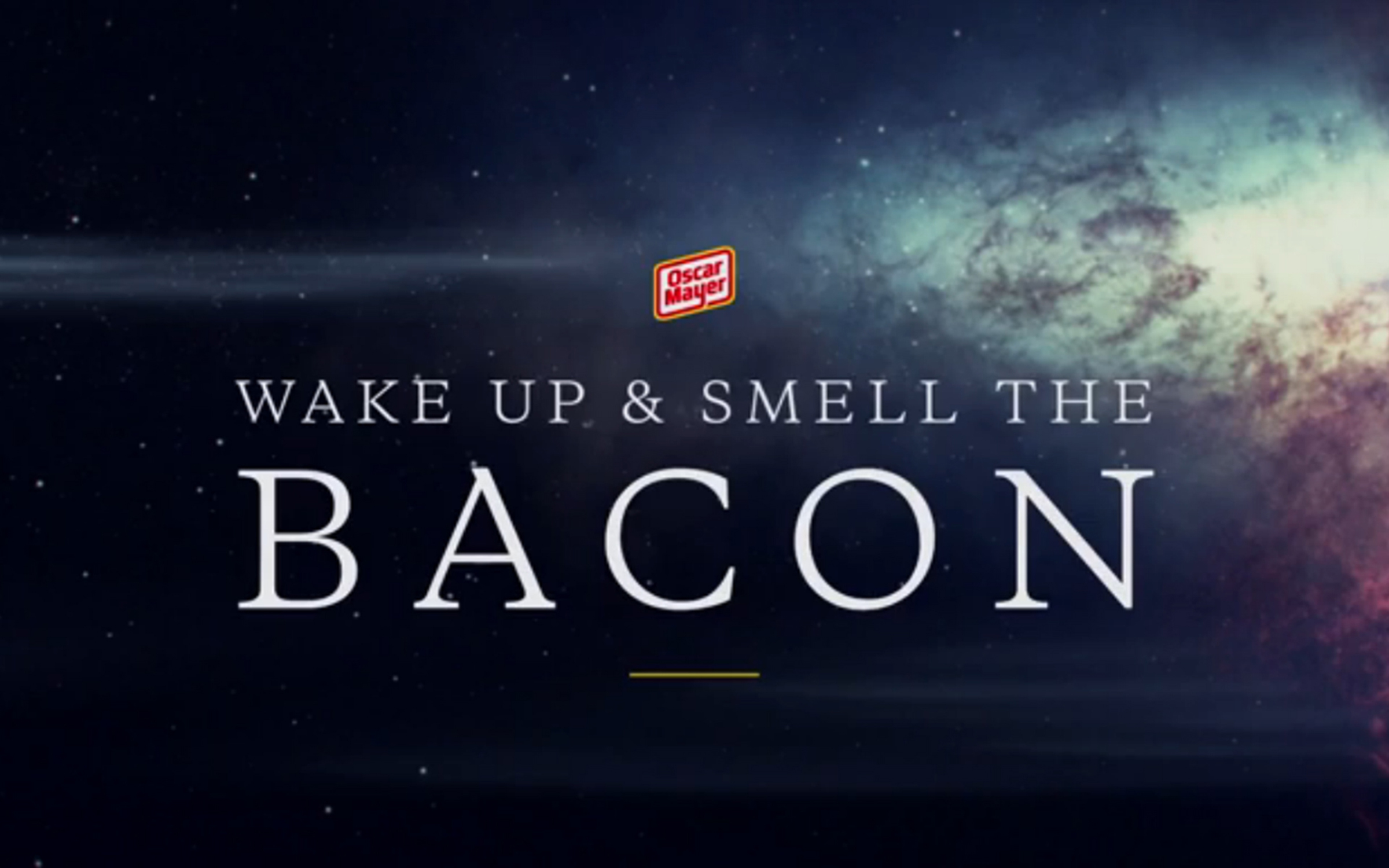 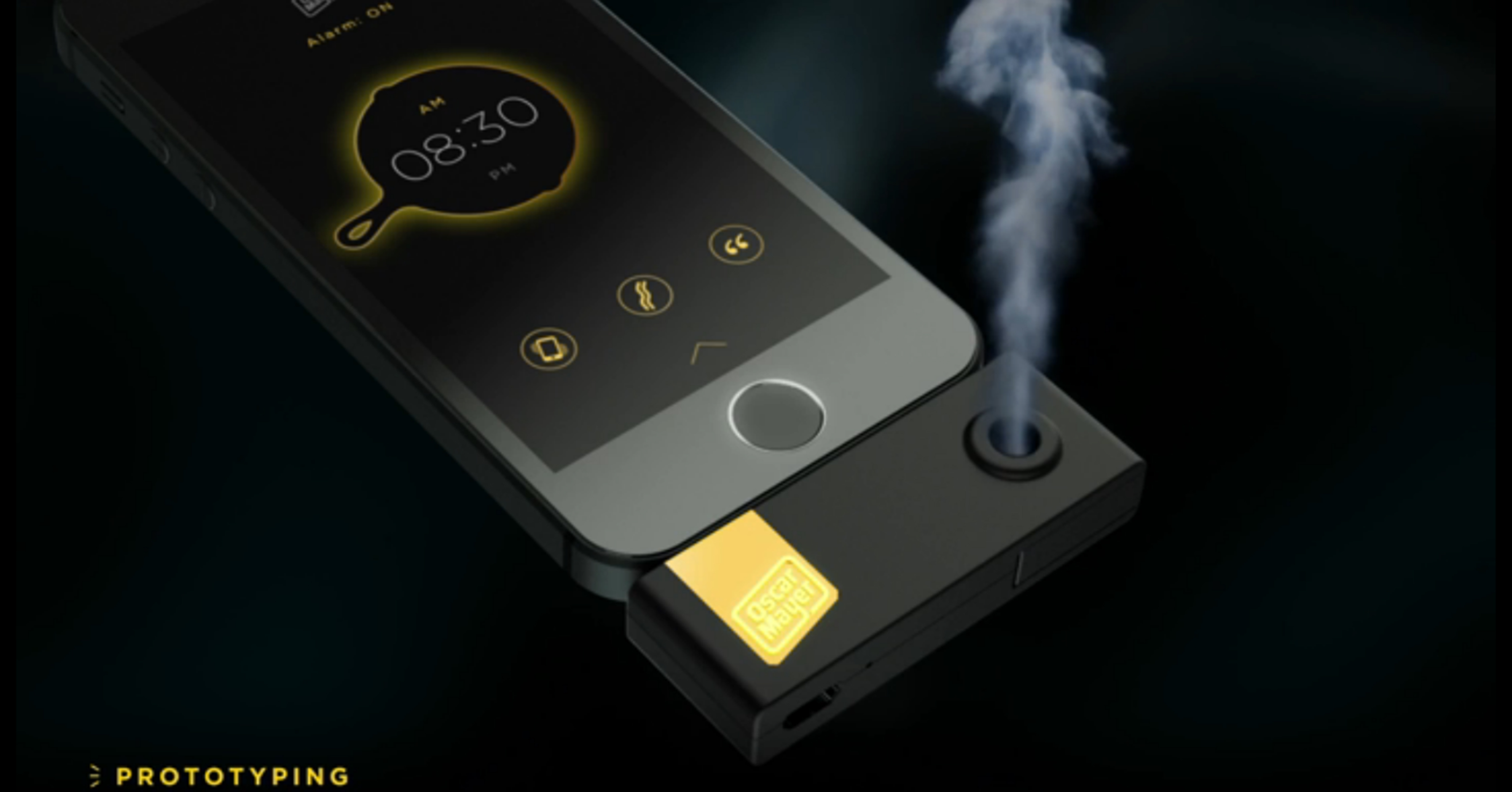 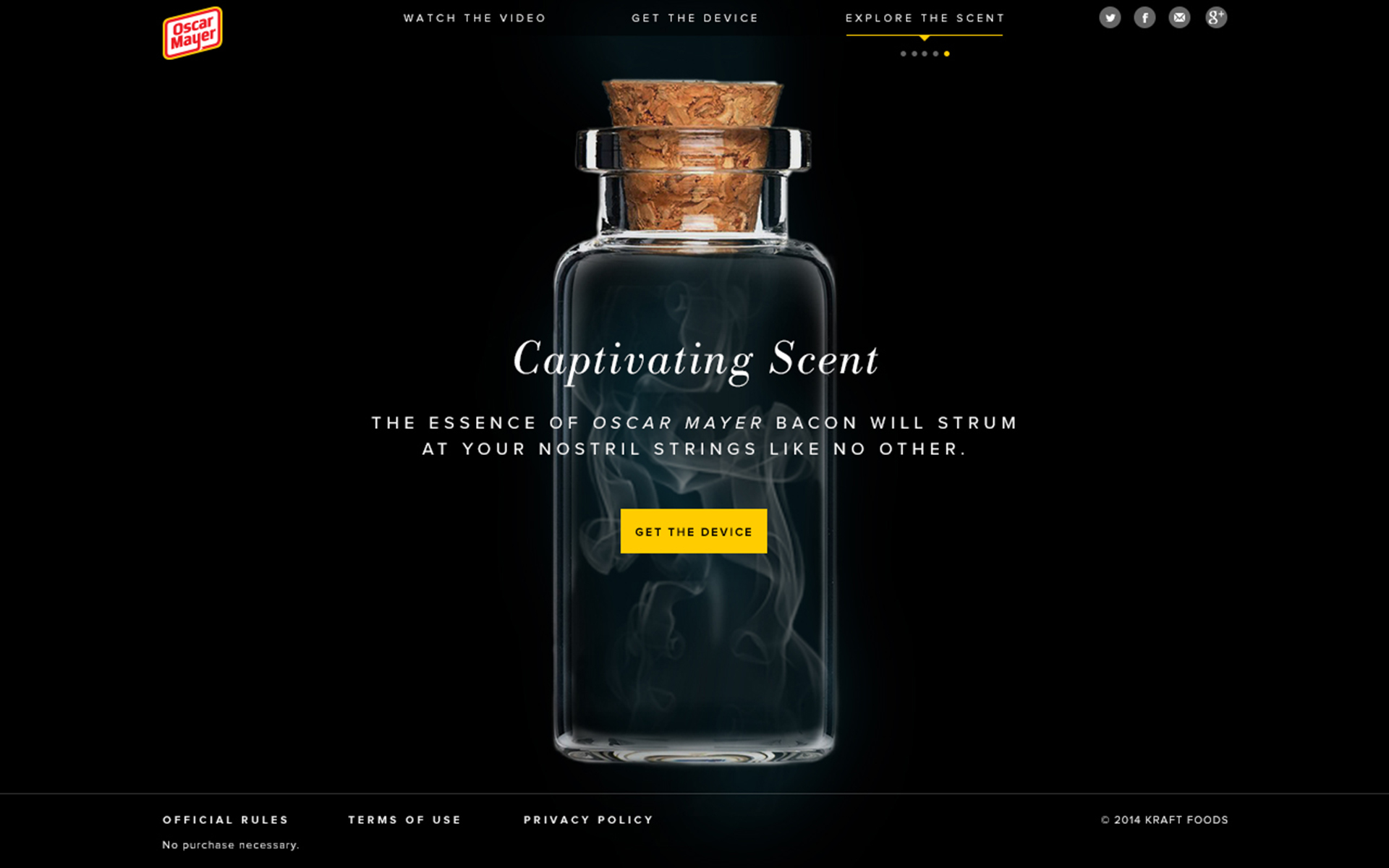 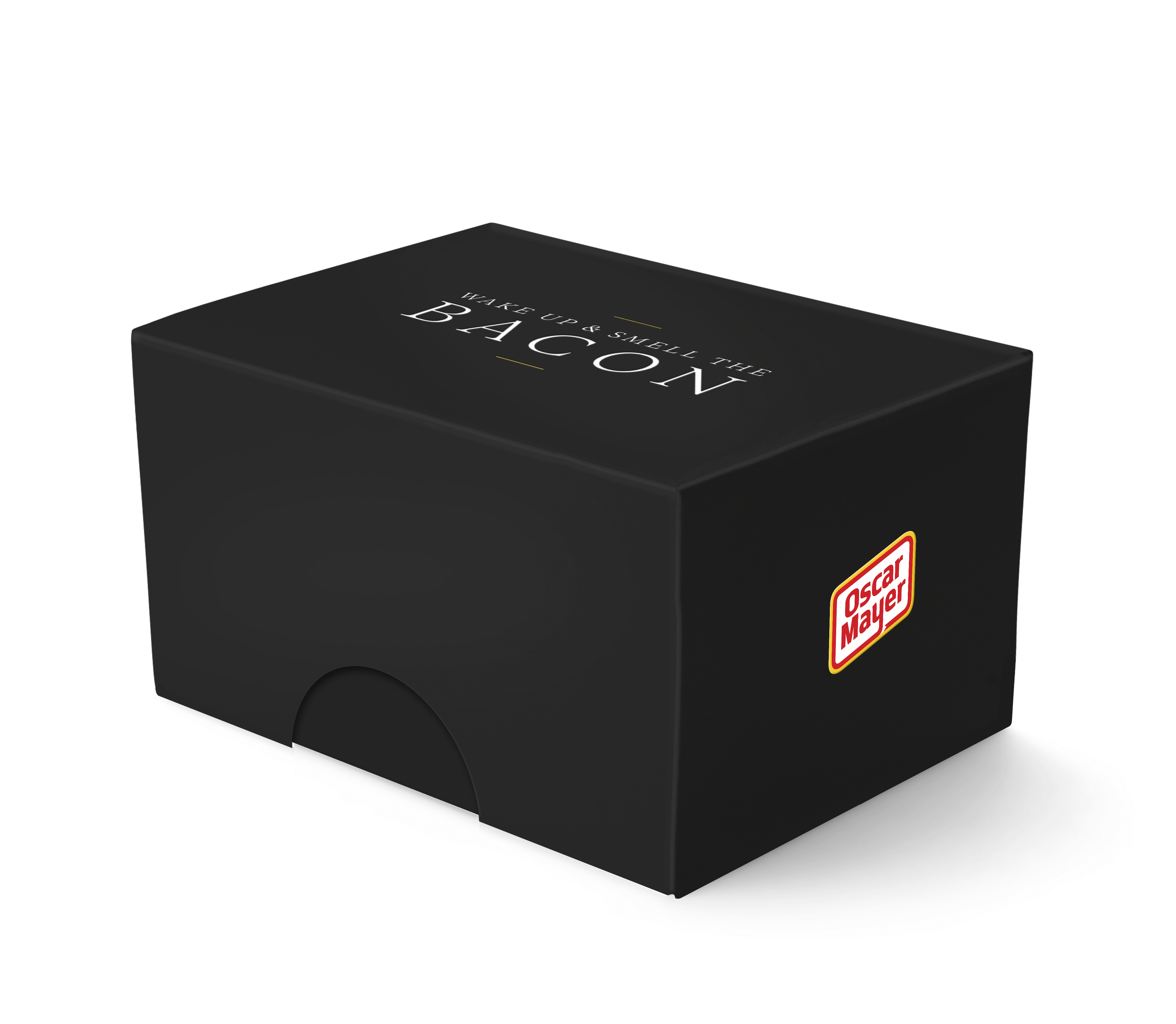 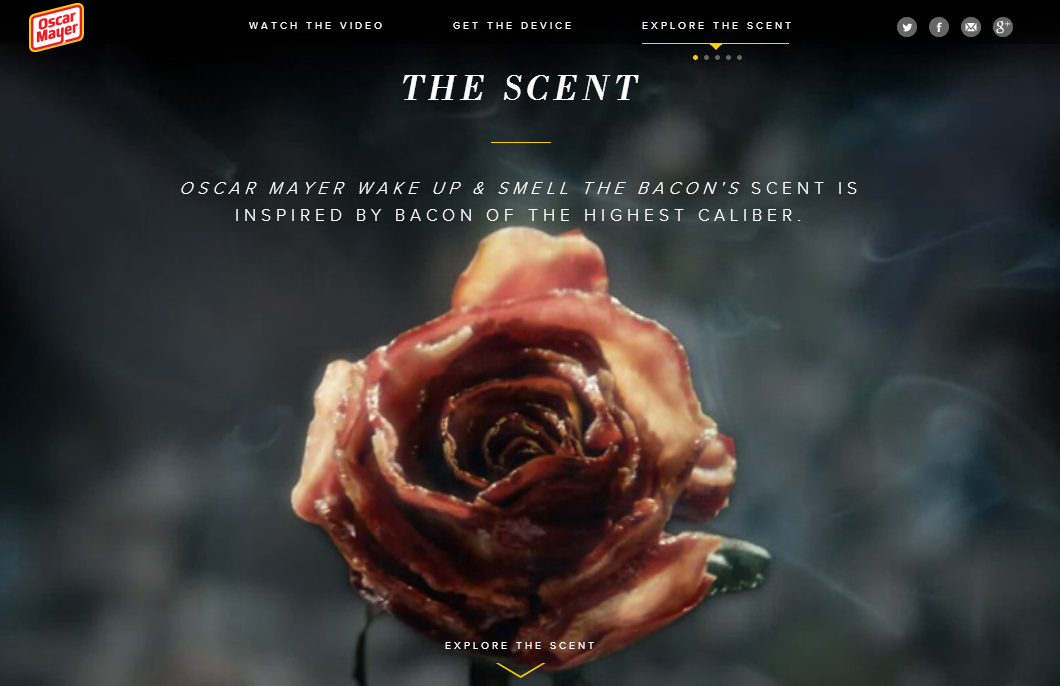