Our mission was to promote the film Un Illustre Inconnu by recreating its central themes—identity and duplicity—for a digital audience. To affect the general public, we designed for Pathé Films, a viral operation on Facebook which generates a huge press coverage in France.

Synopsis : Nicolas Sebastien has always wanted to be someone else. But he's never had any imagination… so he copies. He observes, imitates and follows the people he meets. By becoming their copy, he can live a moment of their lives. But for some voyages there is no return.

- Promote the film by recreating its central themes—identity and duplicity—for a digital audience.

Idea : What if one morning you received a friend request on Facebook from someone with your same friends, photos, status messages and name? How would you react?

40 influencers experienced this for the launch of Un Illustre Inconnu. The cloned profile pages were almost exactly like their own, with one disturbing difference: The eyes in their own pictures were replaced with Sebastian's, the film's main character, who slips into others' identities as a personal diversion.

After the friend request, actor Mathieu Kassovitz, who plays Sebastian, sent each influencer a customised video, telling them about the film—after which they of course received an invitation to the premiere.

Outcome : The results were beyond expectations. The campaign reinforced the film's central themes—identity and duplicity—and started an intense discussion in the press about what people decide to publish on Facebook. It generated 1 500 000 € worth of earned press media coverage with zero media budget : 60 articles were featured in major press publications, more than 3 million people mentioning it on social media, 1,500,000 people heard about it on the radio, 2,4 million people heard about the operation on national TV channel and in total, 10 million people were reached across social networks and on broadcast media outlets

By plunging our target into this disturbing experience, we raised a serious subject that merits more discussion than it gets: how much privacy our digital identities are entitled to, and to what degree they truly belong to us. Through this campaign, influencers and Internet users were faced with the serious question of how the data we leave behind on the Internet can be used by others-- for good or ill. 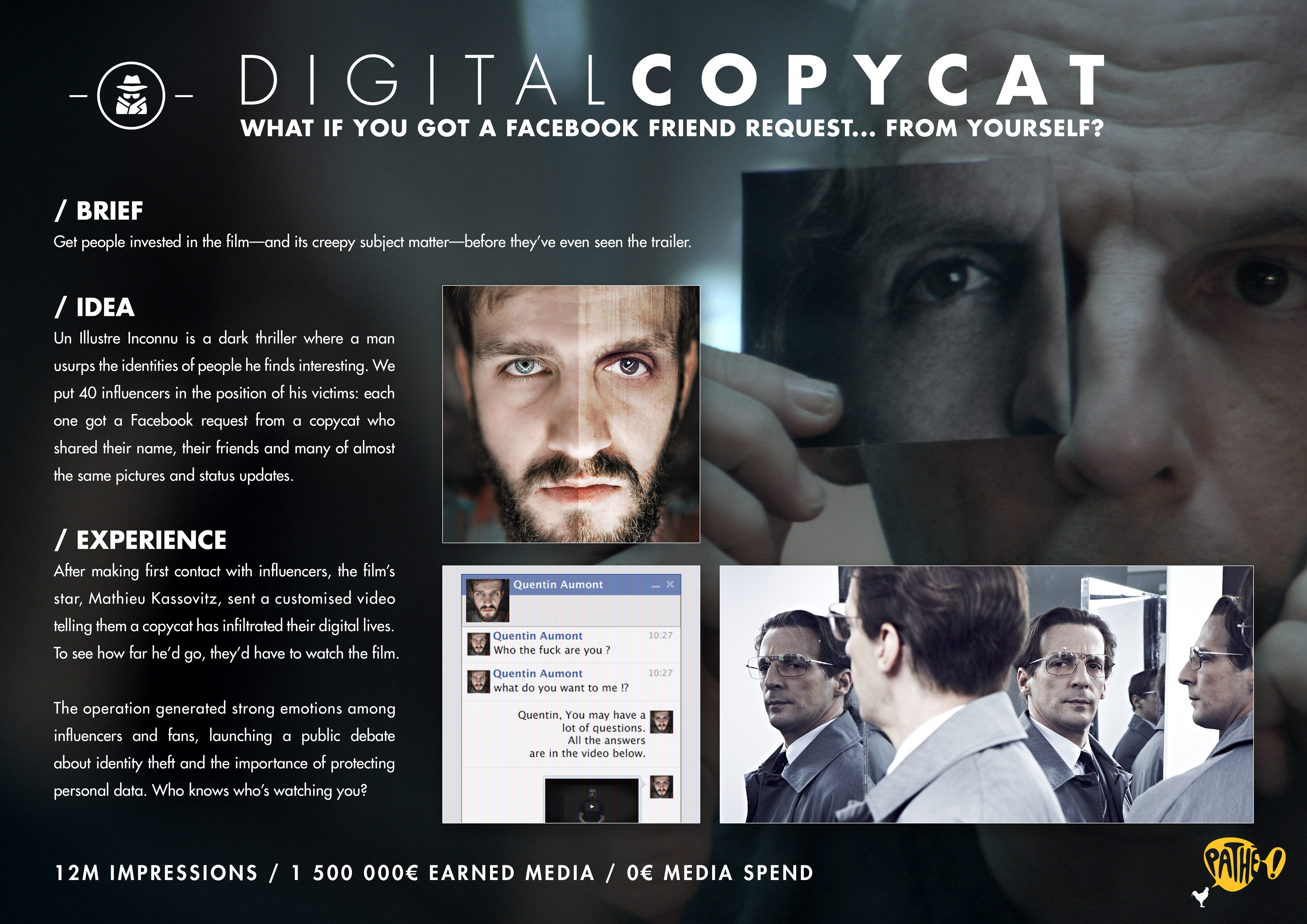 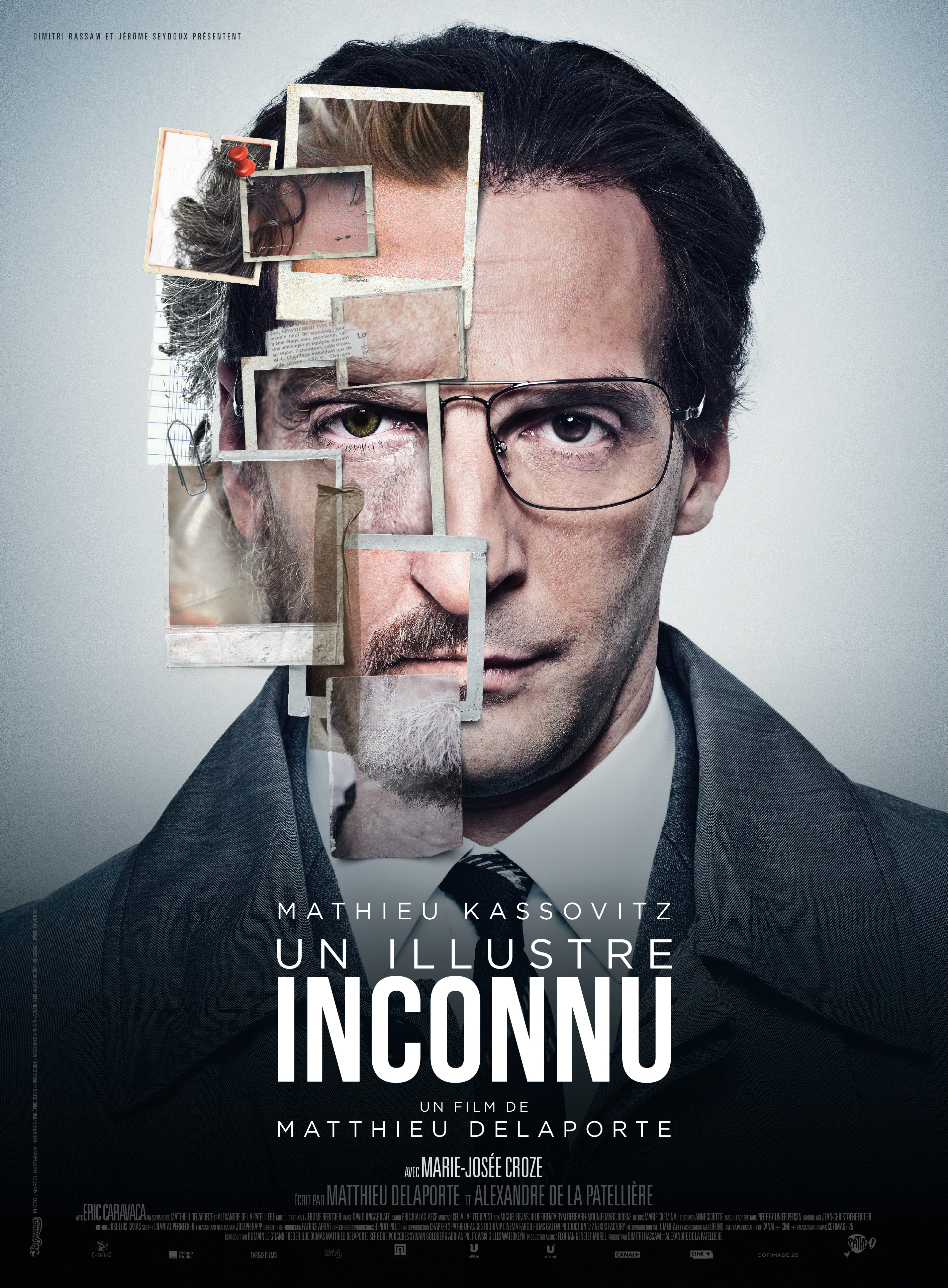