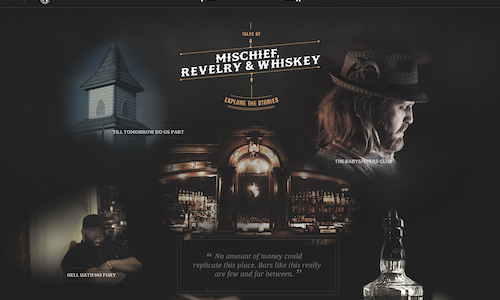 The Few & Far Between: Tales of Mischief, Revelry and Whiskey

Jack Daniel's (JDTW) attraction was softening amongst LDA-29 occasional drinkers. It's not that they don't respect Jack Daniel's, it's that they were starting to gravitate towards experiences offered by competitors that feel more relevant to their lives. We needed to reestablish the brand as an icon committed to the same principles they value- of authenticity, purpose and belonging.

Great bars have great stories. And Jack Daniel's, more than anyone, understands that. Which is why we traveled the country in search of authentic and often unbelievable bar stories that make our favorite watering holes what they are.

Partnering with an integrated production company, Media Monks, we developed an immersive web experience called- "The Few and Far Between: Tales of Mischief, Revelry & Whiskey" (talesofwhiskey.com).

The site, filled with short films, written stories and audio stories recorded through actual pay phones for added grit and authenticity, raises a glass to all of these authentic bar stories.

To drive consumers to the site we used paid media, the Jack Daniel's website and Jack Daniel's owned social properties (Facebook, Twitter and Instagram). In addition, we partnered with Vice Magazine to promote a unique user-generated photo-contest to drive audience engagement. The winning images have been made into JDTW ads featured in Vice Magazine.

All aspects of this campaign pushed the limits of creativity as much as possible. Every story on the site (audio, written, video) was collected over a two-month adventure across the US. We found stories through friends, bartenders, bar patrons and reaching out directly to the iconic bars across American, a giant game of telephone to find the best, most authentic stories that felt true to Jack Daniel's.

For the web experience, we aimed to create a never been seen site, from the design to the experience. Story titles were hand-drawn, subtle animation and sound design was used throughout the experience and while the vast majority of modern web design and development relies on a strict grid structure, we chose to have a looser more organic flow with vignettes softly fading into darkness after the user scrolls over them. The outcome is a mixed-media collage, merging art and function that users could continually explore and get lost in.

Video for The Few & Far Between: Tales of Mischief, Revelry and Whiskey 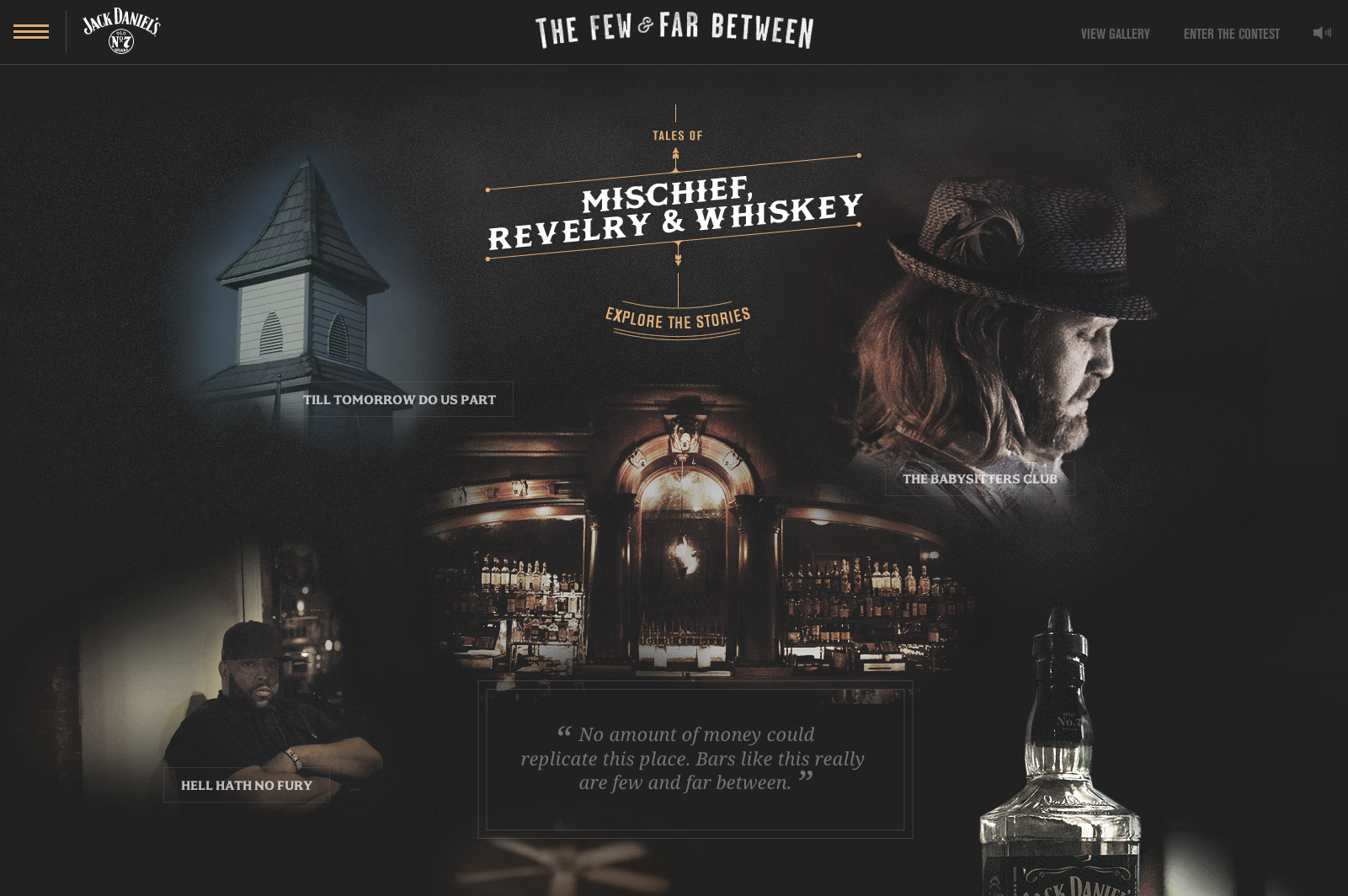