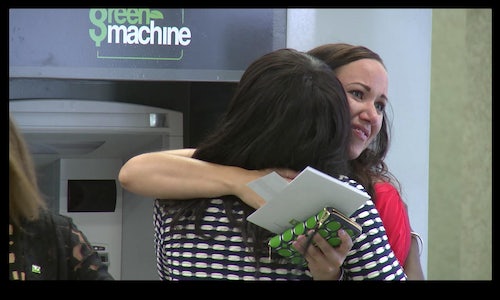 Banks are typically perceived as self-serving, impersonal institutions, ranking among the lowest industries on the Edelman Global Trust Barometer for 2014. But TD, winner of the JD Power and Associates Award for customer satisfaction nine years running, wanted to show it offers something different – and to convey this in a way that would create an unprecedented emotional connection with several different audiences (loyal customers, customers of competing banks and its own employees).

Enter the "automated thanking machine", an in-branch deployment which saw ATMs – the faceless, impersonal hallmark of modern banking – converted into a medium for delivering TD's message of genuine thanks and appreciation to its customers. Thanks to the deep customer knowledge of in-branch employees, loyal customers were selected to receive hyper-personalized gestures of appreciation, from the Blue Jays fan who got to throw out the first pitch at a game – a lifelong dream – to the young widowed mother who received a trip to Disney for her children.

Interactions with the "automated thanking machine" drew some incredibly powerful, emotional and unexpected moments in the four branches across Canada where these machines were deployed. These were captured by hidden camera and edited into a four-minute video, released on YouTube.

To date, the #TDThanksYou video has received 19,922,876 YouTube views (including more than 460,000 shares within the first 72 hours of its release), far surpassing the stated objective of 1 million views. More than 32.4 M minutes have been viewed – the equivalent of 62 years of brand engagement.

The #TDThanksYou campaign deserves to win not only for the incredible, unprecedented results it achieved but because of the means by which it achieved these results, leveraging all levels of its corporate culture and embracing core values to create a video that resonated with consumers as being both authentic and uniquely TD.

One of the recurring themes in the YouTube comments on the #TDThanksYou video was that this was a campaign that no other bank could have pulled off. That's because the brand differentiators conveyed in the campaign – the authentic connection and sense of appreciation TD has for its customers – were central to its very execution:

The idea of an "automated thanking machine" is an unexpected one. Though immensely convenient, the ATM (and online banking) can be viewed as symbolic of the faceless, impersonal nature of modern-day banking. But TD has always been known for its personal touch, which is why it was recently named winner of the JD Power and Associates award for customer satisfaction for the ninth year in a row. Rather than buying a traditional ad, TD wanted to "walk the walk", showing its loyal customers how much they are appreciated using that very impersonal symbol as the surprising delivery mechanism – literally reminding people that TD puts the humanity back into banking.

The bank's deep customer knowledge was central to bringing this idea to life.

These weren't actors, rather they were real people, selected by TD branch staff for their loyalty and because they each had a unique, emotionally evocative story. While customers of other financial institutions are often treated as just numbers, TD branch staff are trained to go out of their way to understand customers as unique individuals, with different lifestyles and challenges, and unique banking needs as a result.

Similarly, the distribution plan for the video required a strong internal culture across the board. Leadership had to be flexible and agile, lifting the company's usual social media guidelines for employees so that they could generate a massive push for the campaign. Because nothing like this campaign had ever been done before, the approach required a greater tolerance for risk among stakeholders, forsaking more typical ROI-centric objectives for goals which included learning and showing customer gratitude. Lastly, the campaign owes its massive and incredibly fast dissemination to a simultaneous employee push across social media channels - this required a huge mobilization of employees who feel tremendous pride for TD's core values and wanted to publicly identify themselves as TD employees and share this pride with everyone they know.

So what happens when you take this strong, customer-driven culture and translate it into a video campaign? Customers recognize the authenticity of the brand, and delight in the surprise and powerful human emotion it conveys. And that video? It spreads like wildfire.

This is the other key reason the #TDThanksYou campaign deserves to win.

With 19,922.876 YouTube views (and growing), the video blew away its original target of 1 million views. Positive brand sentiment and sharing are through the roof, quantifying that TD has done something no other bank could do, earning:

-1,200 tweets per hour in the first 24 hours after release. 97% of all financial institutions on Twitter won't see 1,200 tweets about them in an entire year.

Analysis of all comments related to the campaign indicates that we also achieved our qualitative objective of improving perceptions of TD as the most customer-centric bank. In fact, an independent Google study yields estimates that 3.6 million Canadians or approximately 10% of the Country's population claimed the video positively changed their brand impression while an additional 1.4 million Canadians said watching the video already reinforced their positive image of TD. In all, we are proud that we achieved our objectives amongst all three of our core audiences: TD Customers, Potential Customers at other banks, and most of all, TD Employees who gave the program a 4.17/5 star rating, generated 550 comments and expressed pride for working at TD. 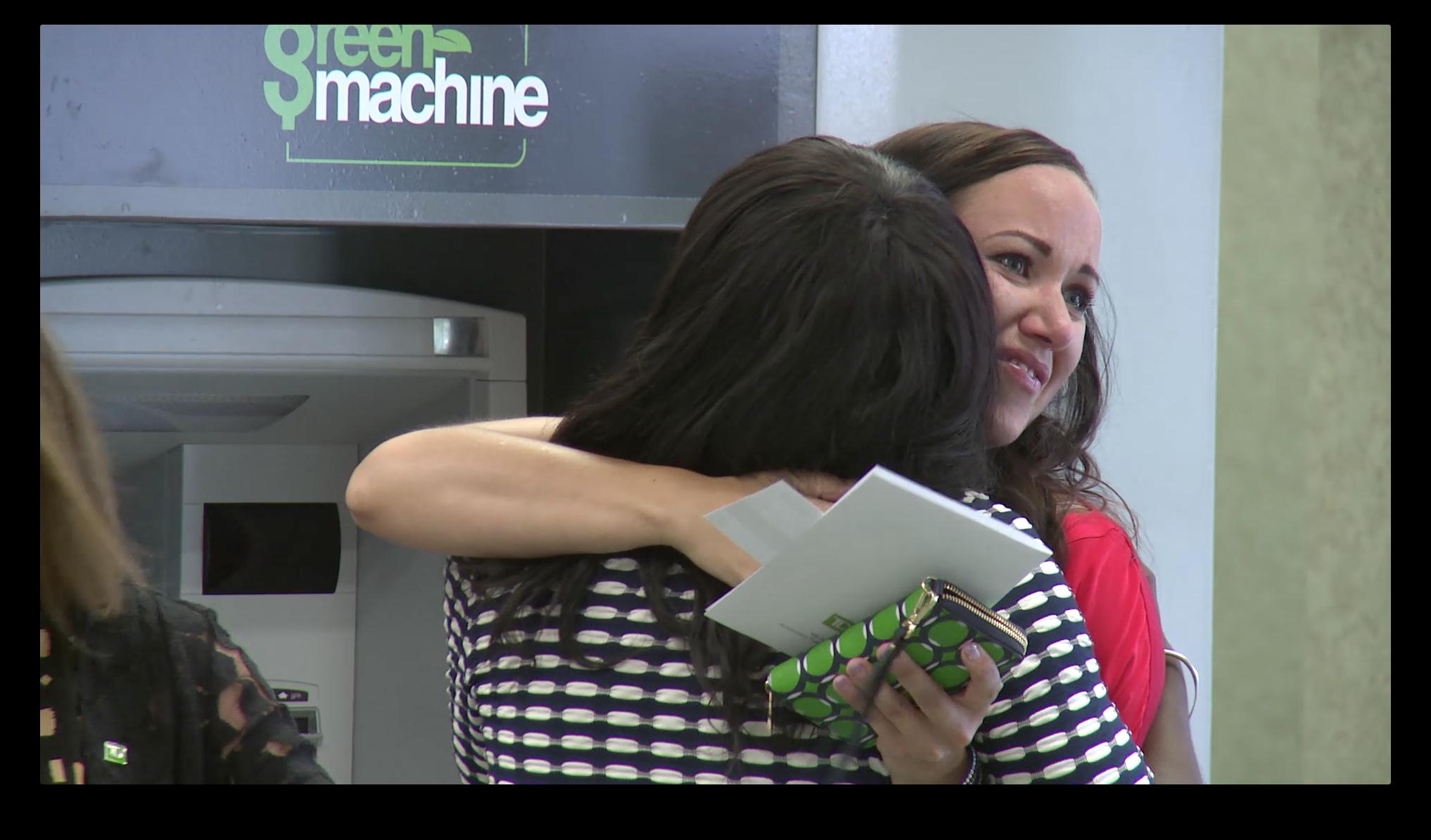 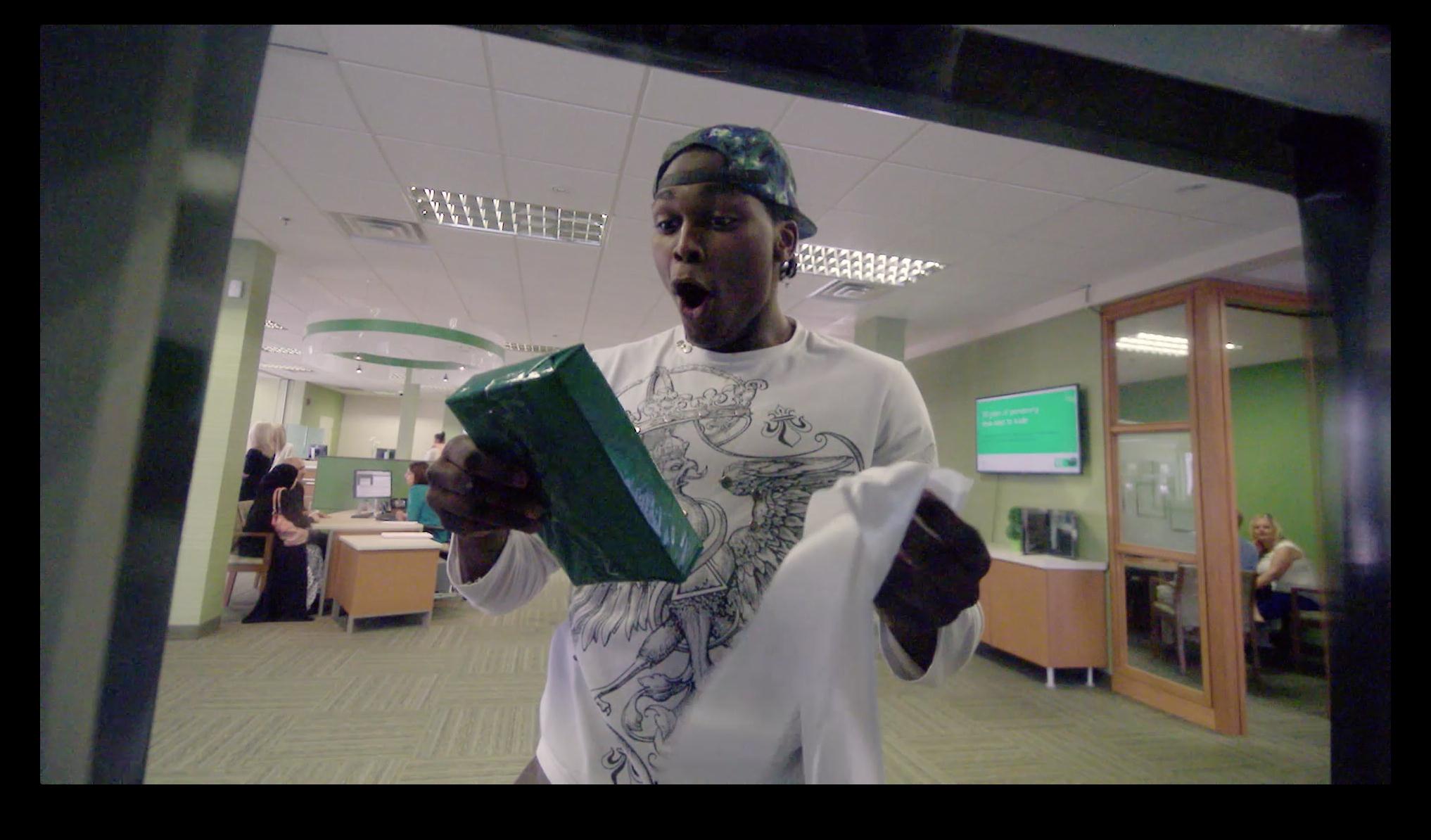