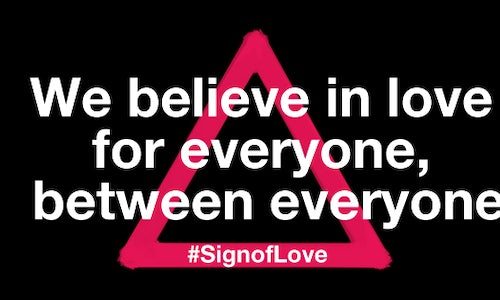 In 2013, Russia signed into law a bill banning the 'propaganda of nontraditional sexual relations to minors'— effectively condemning demonstrations of LGBTQ love and support for LGBTQ groups. In response, Lush created the #SignOfLove campaign to join global pressure against the Russian government and to stand up for global gay rights.

Lush launched the campaign for love and equality in September 2013, when we partnered with All Out (a global movement of 2 million members for love and equality and at the time one of the key organizations leading the global push to stop Russia's anti-gay laws) to campaign for LGBTQ rights in Russia ahead of the G20. Lush revised the pink triangle (which was used to identify homosexuals during the Holocaust) into a new logo linked to the #SignofLove. Lush encouraged staff, customers and supporters to draw pink triangles on cheeks or wrists with lipstick and post photos of themselves and the symbol on social media with #SignOfLove to support LGBTQ rights, and also to sign up to All Out's petition putting pressure on the International Olympic Committee to address injustice in Russia.

In February 2014, the campaign expanded for Valentine's Day. Using our pink 'Believe' lipstick for the triangle, we ran the #SignOfLove campaign globally as our "We Believe in Love" campaign. This ran online and in stores during the Sochi Olympics and positioned Lush as LGBTQ-friendly in the media. Supporters' #SignOfLove photos were handed in to Russian embassies around the world as photo petitions against homophobic laws.

In 2014, the centerpiece of Lush's Valentine's Day campaign was the #SignOfLove, uniting our staff from over 700 shops in over 40 countries and customers throughout the world to show their support for LGBTQ rights on social media and spreading the message that, 'We believe in love for everyone, between everyone.'

More than being an equal rights employer, we're proud of the diversity we see across the Lush business, with our LGBTQ employees being a key part of who we are. Because of this, we had no hesitation in partnering with All Out to campaign for LGBTQ rights in Russia ahead of the G20 summit in 2013. Our objective with #SignOfLove in 2013 was to drive signatures for All Out's petition, but also to raise awareness about equal rights in areas where communities struggle to have their own voices heard.

Ale from the Lush Digital team created a simple but powerful activation: applying the reclaimed symbol of the gay pink triangle on faces with Lush's 'Believe' Lipstick, with the key message for the campaign being 'We believe in gay rights.' We sent out global internal communications, encouraging staff to apply a pink triangle with lipstick to their faces and get customers doing the same, then posting photos on social media with #SignOfLove. The #SignOfLove was used in graphic and photo content internationally across Lush websites and social media channels.

The response we had was overwhelming. #SignOfLove tweets were highlighted in a Buzzfeed article on the All Out #Russia4Love campaign that also featured tweets of support from Lady Gaga, we were chosen for the Corporate Award at the 2013 Tokyo Superstar Awards for LGBTQ support and are shortlisted for a 2015 British LGBT Award for Best Marketing Campaign.

In 2014, the Sochi Winter Olympics provided another opportunity to drive global awareness about equal rights for LGBTQ communities. In the run up to Valentine's Day, we wanted our staff and customers to share the message that, 'We believe in love for everyone, between everyone.' We refuelled communications around the #SignOfLove pink triangle activation and the campaign went live on 26th January 2014.

On our owned channels – Facebook, Twitter, Instagram, Pinterest and YouTube – we published photos and messages and re-shared #SignOfLove posts from our staff and customers. Our shop windows featured the #SignOfLove hashtag and pink triangle. We also used Facebook events to invite the public to peaceful Valentine's Day protests outside of Russian embassies across the world, where we delivered photo petitions filled with crowd-sourced #SignofLove images to show international support for LGBTQ rights. Combined impressions for the global Lush and Lush North America Facebook posts reached 660,000 for 19 posts. The campaign was featured on PerezHilton.com with a call to action to visit Lush shops and paint the pink triangle on their bodies.

We calculated that #SignOfLove content achieved over 7.1 million in reach through more than 7,000 social objects. Our staff embraced the campaign and made it their own, following comprehensive campaign packs that were translated and distributed globally to outline the objective of the campaign, the statistics and ways they could get involved. Though the #SignOfLove pink triangle was encouraged to be the primary image, when it came to directing Lush shops on their own communications, the brief remained open. As a result we saw hundreds of international staff sharing personal messages, pink triangle photo frames, self-made t-shirts and banners on social media, all to support the overarching sentiment of #SignofLove.

Mostly, a huge amount of love was felt by shop staff and the LGBTQ community, but there were areas where the campaign faced difficulty and strong opposition. Despite the, very public counter-protests, all countries that were able to run the campaign continued to do so without compromise.

We were astounded with the response to the campaign and the size of the audience it reached: on top of our own activity, and that of our staff and customers, The Independent published a full online article about #SignOfLove that prompted over 6,000 social shares. We didn't see a change to the law in Russia, but the campaign connected Lush with LGBTQ communities across the globe, and winning a Shorty would lead to even more exposure and an even larger platform on which we can share the message of #SignOfLove for those who are still not free to share their love. 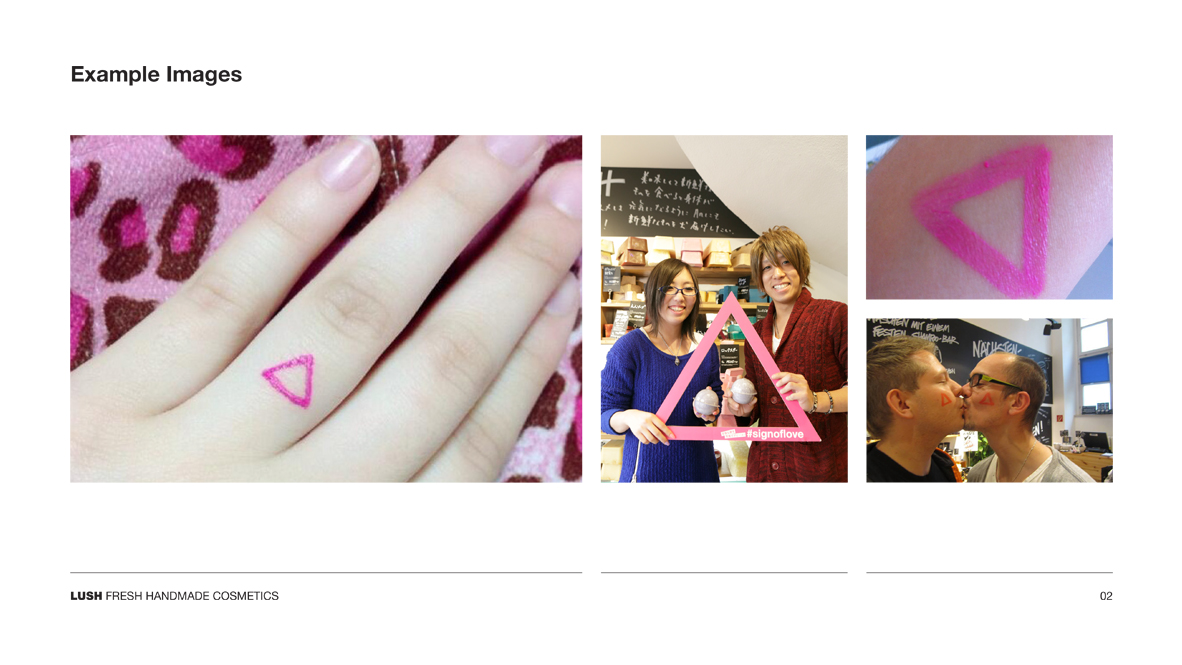 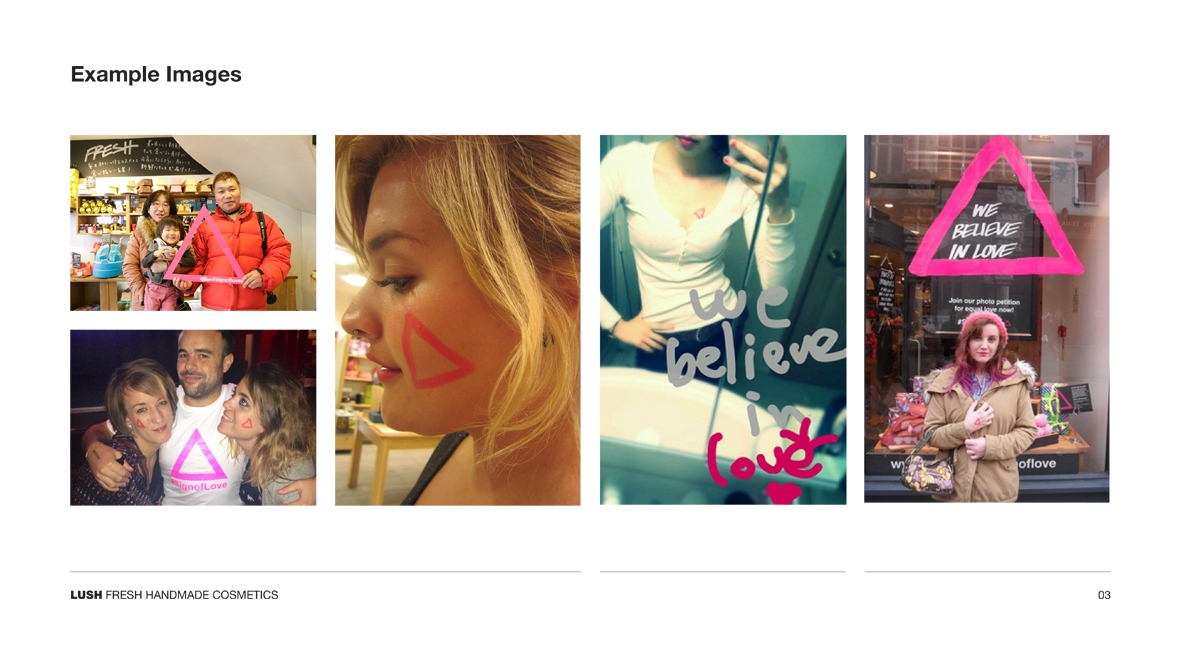 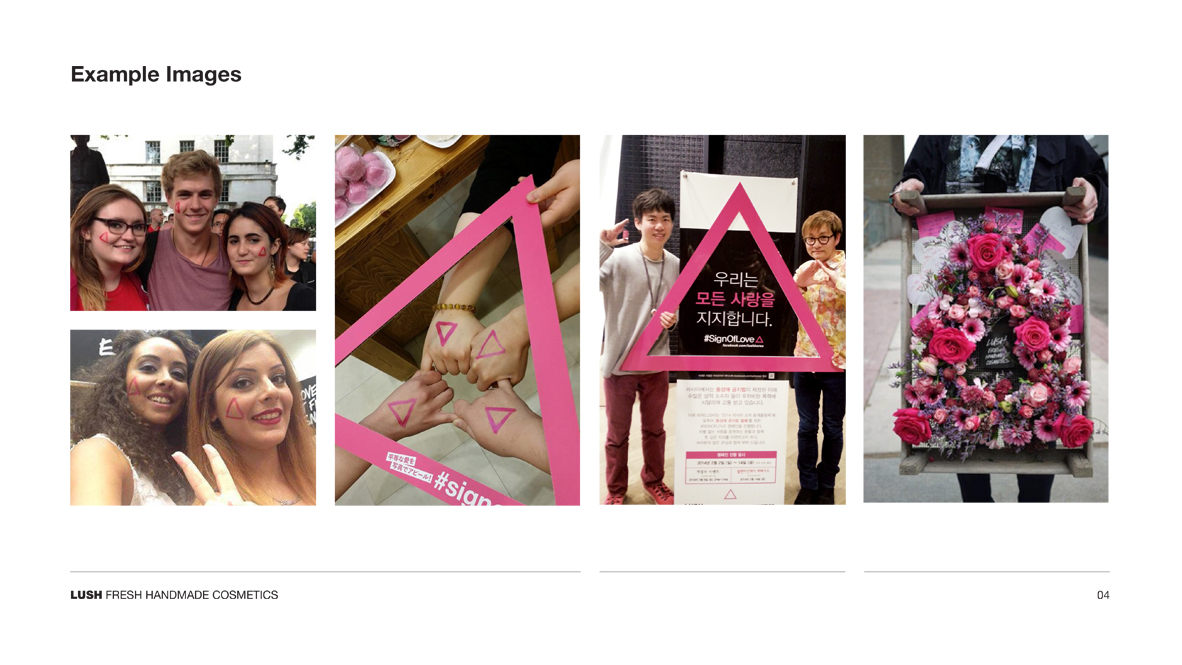 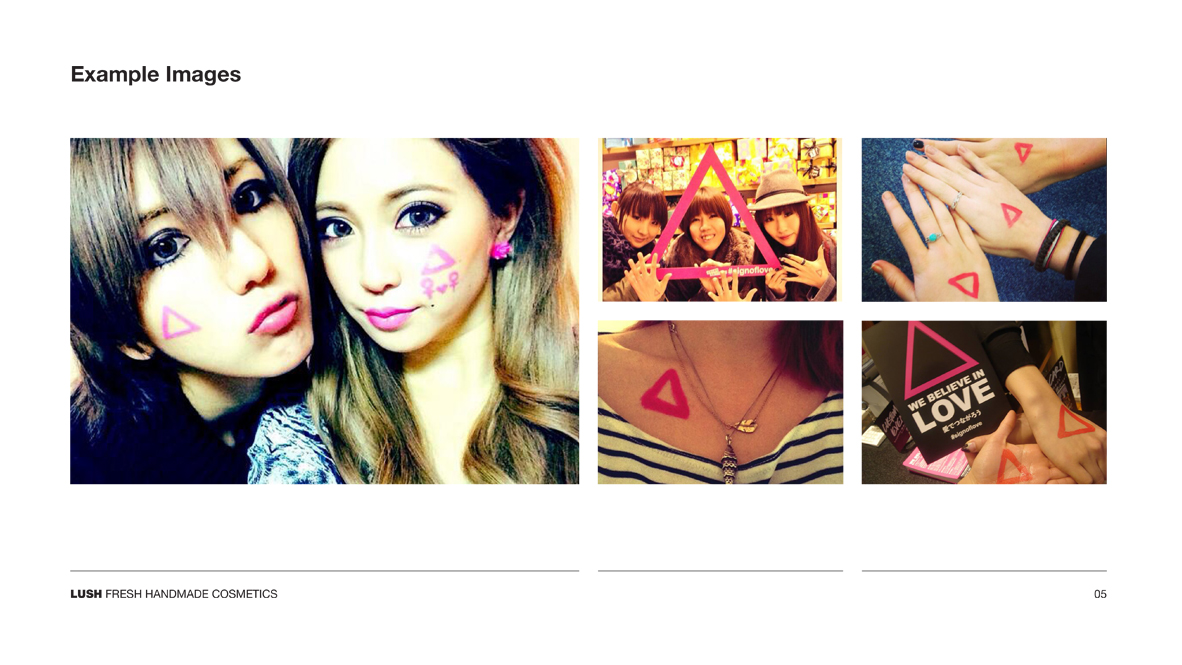 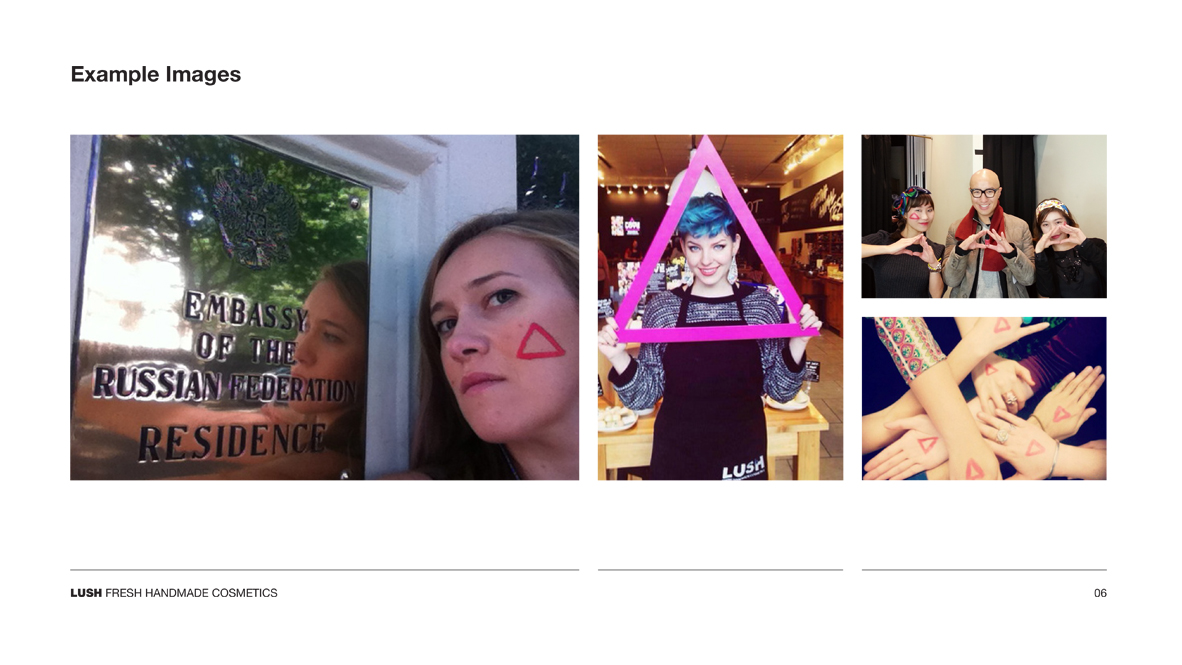 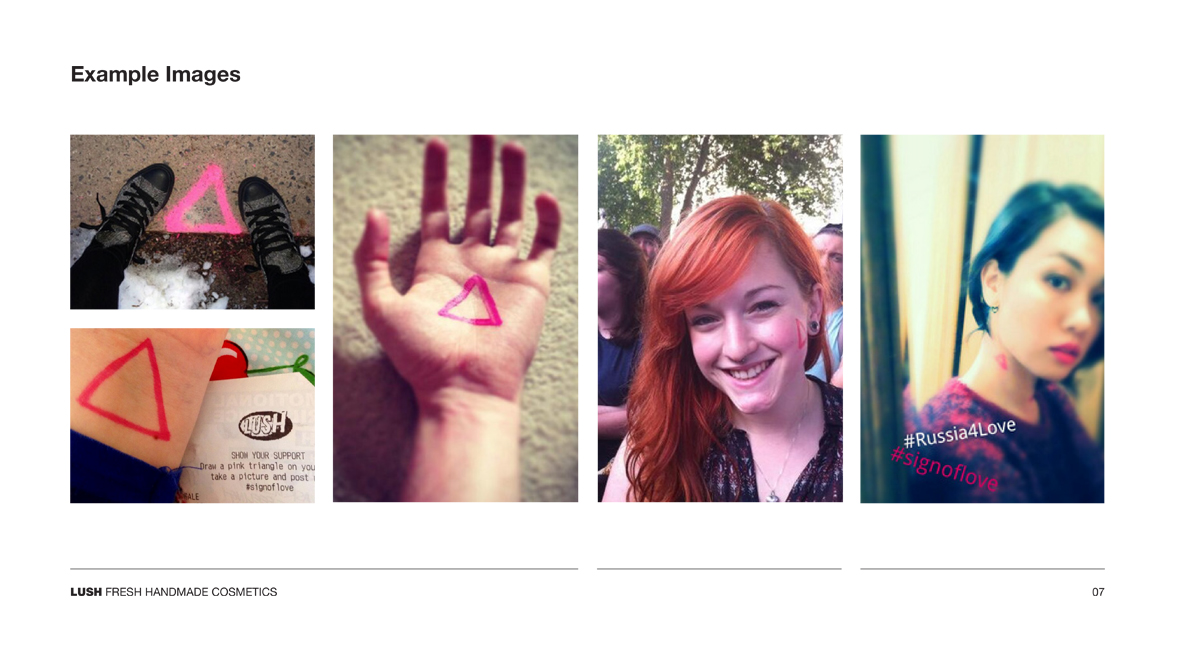 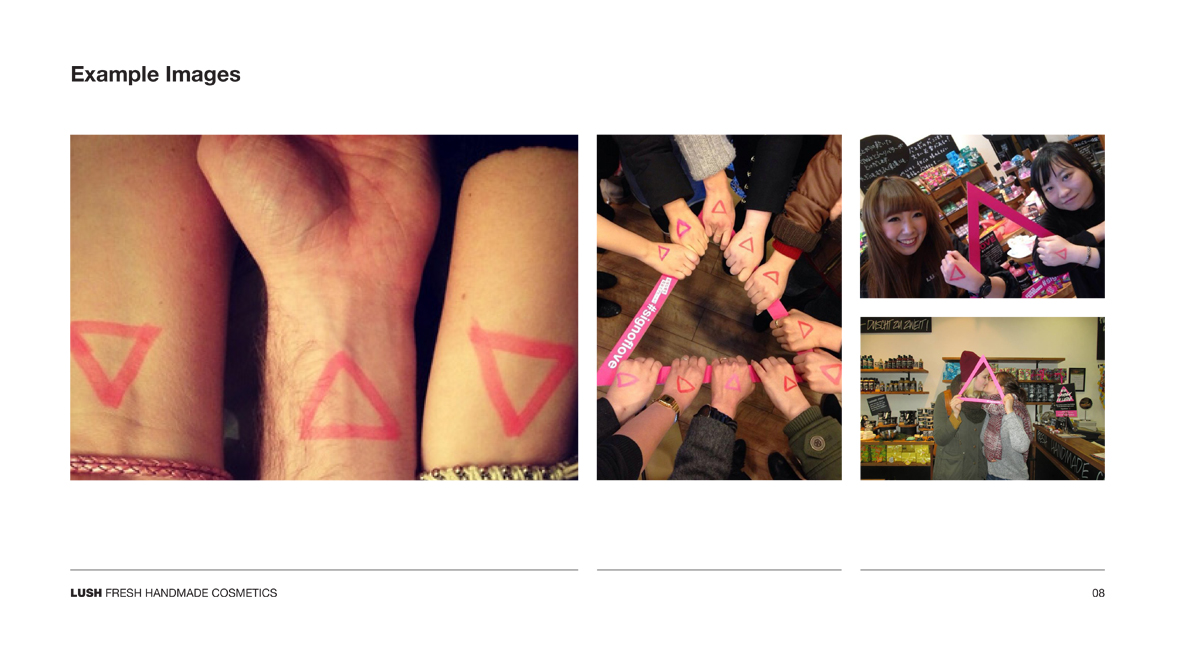 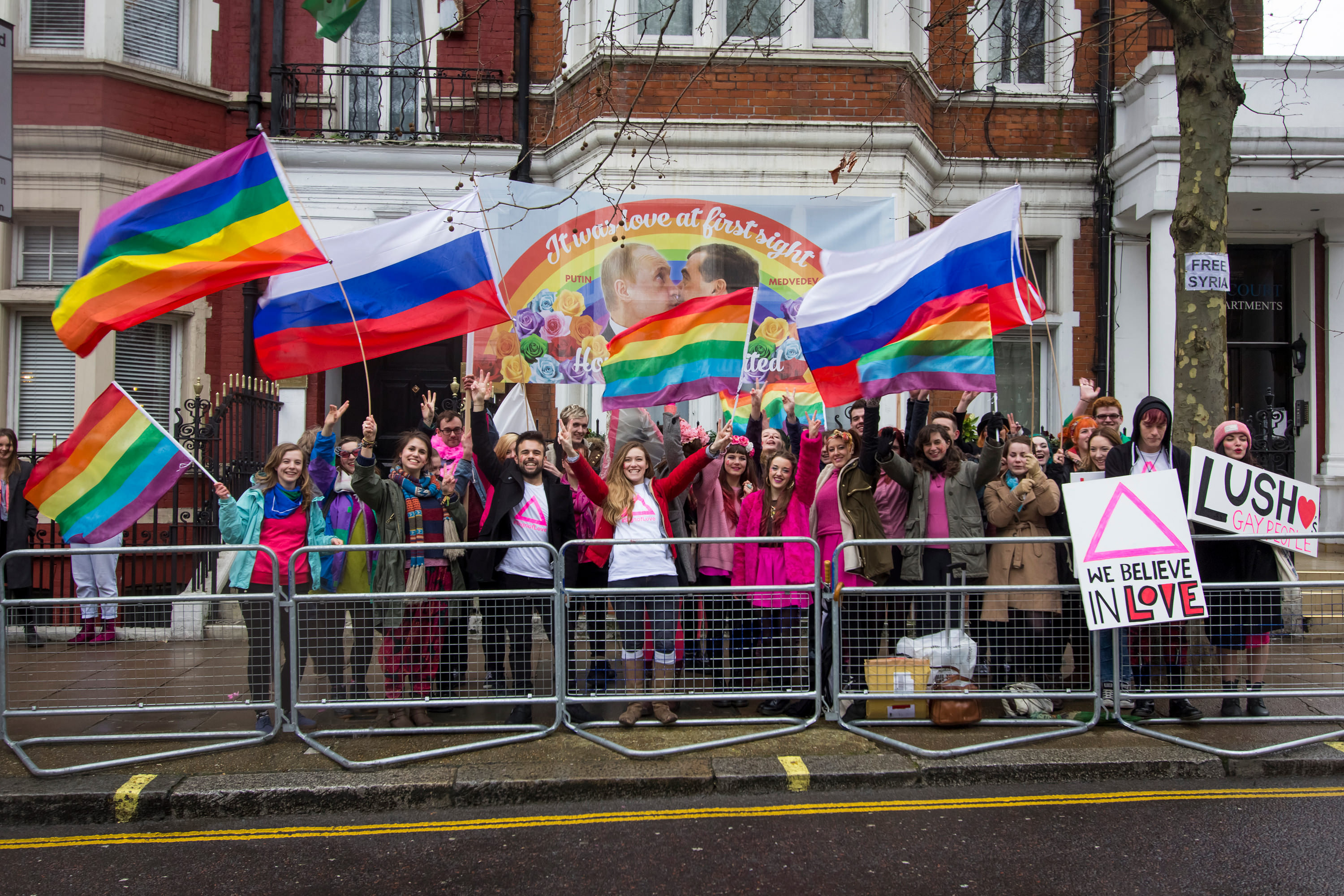 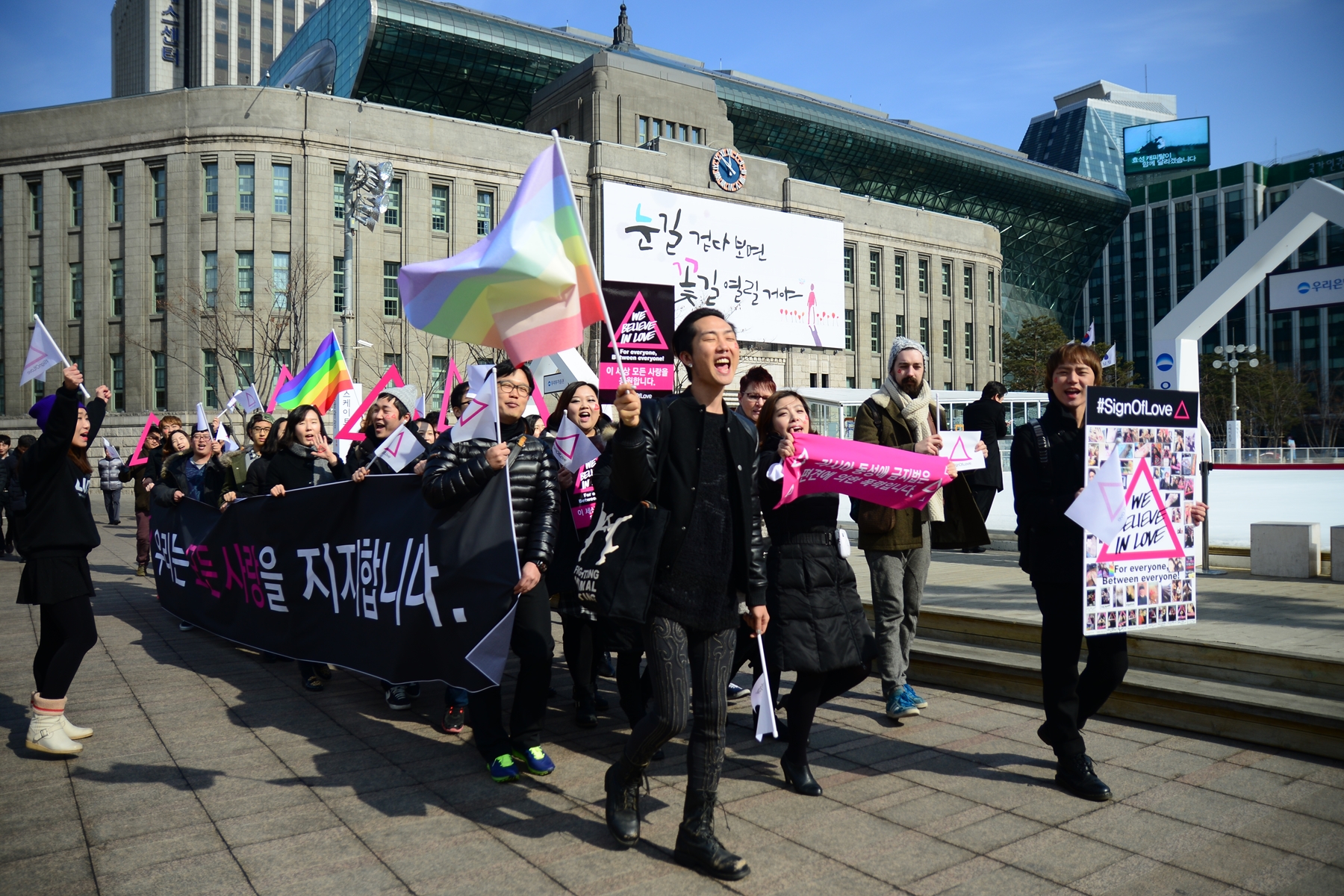 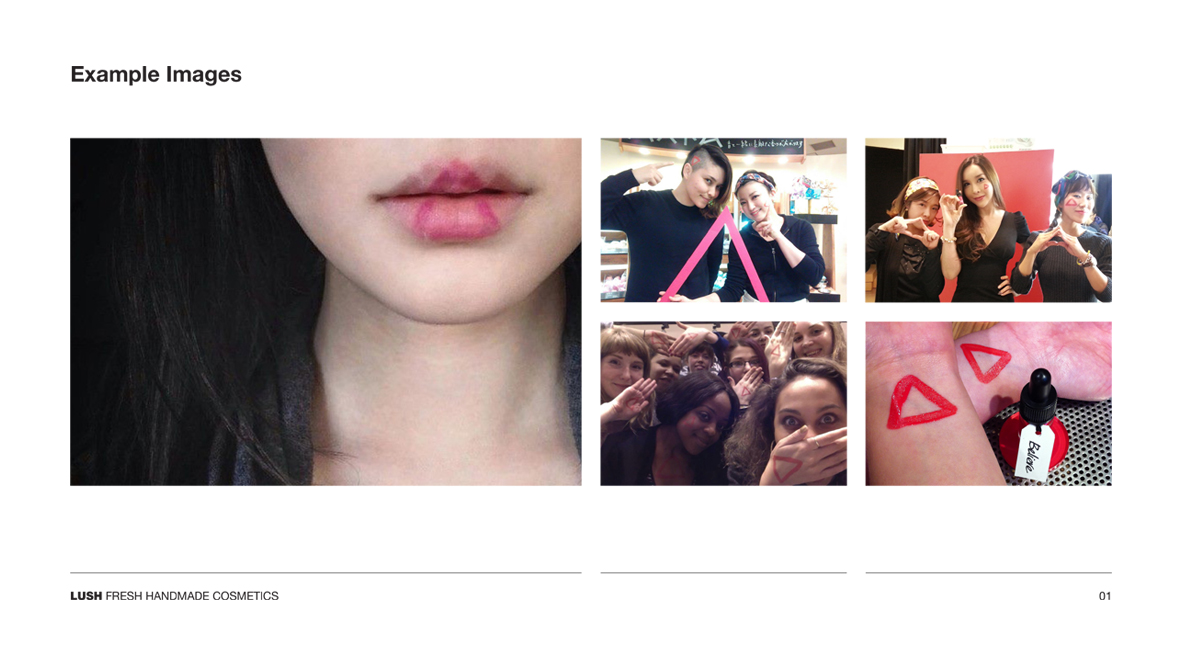 Lush Fresh Handmade Cosmetics + All Out