Samsung Takes a Bite Out of the Competition

Samsung created the Phablet category back in 2011 when it launched its GALAXY Note phone and since then has gone on to dominate the lucrative large-screen phone category. On September 6th, 2014 that was about to change with the launch of one of the world's most anticipated phones, a direct challenge to Samsung's market position.

Samsung Mobile came to Big Spaceship, as their global social media agency, to spoil the launch - a product being heralded as a 'great step forward' but would in fact be duplicating much of the innovation that Samsung had pioneered three years earlier. Competitive advertising is fraught with danger at all times, but when you are taking shots at the world's biggest brand (by MARCAP) around their highly anticipated launch events you better get it right.

So we got to work. We built a set of a faux back room where in-store mobile repairs are made, cast our actors, setup the Brooklyn war room where the core team maintained communication with the film studio a few miles away and the client in Seoul, a few thousand miles away.

We used intense social listening in the launch lead-up to help identify the persistent rumours about what the fanboy community was expecting to see from the new device and how they might be disappointed. We needed to find a way to get press coverage around the timing of the event that would deflate the buzz and show consumers that the new phone was not as innovative as its competitor's marketing made it seem.

On September 6th, the day of the competitor's big launch, we spent the entire day shooting videos in direct response to the presentation. The event started in an unexpected way. The live stream was only showing a graphic for the TV truck schedule and the audio was of a Chinese interpreter. Within 24 hours we pushed out six videos penned, "It Doesn't Take a Genius" showing fanboy dismay at the "groundbreaking" large screen claims and taking digs at the competitor's faltering live stream.

After the videos went viral, we continued the campaign with shareable reaction GIFs taken from the videos. Collaborating with our client over a 13 hour time difference, using social media listening to dive deep into fanboy behaviors and executing a real time video campaign that made the world's press take note, we showed that 'It Doesn't Take a Genius' to see the GALAXY Note 4 is the real innovator. The press, fans and client all agreed that we successfully took a bite out of Apple.

Video for Samsung Takes a Bite Out of the Competition 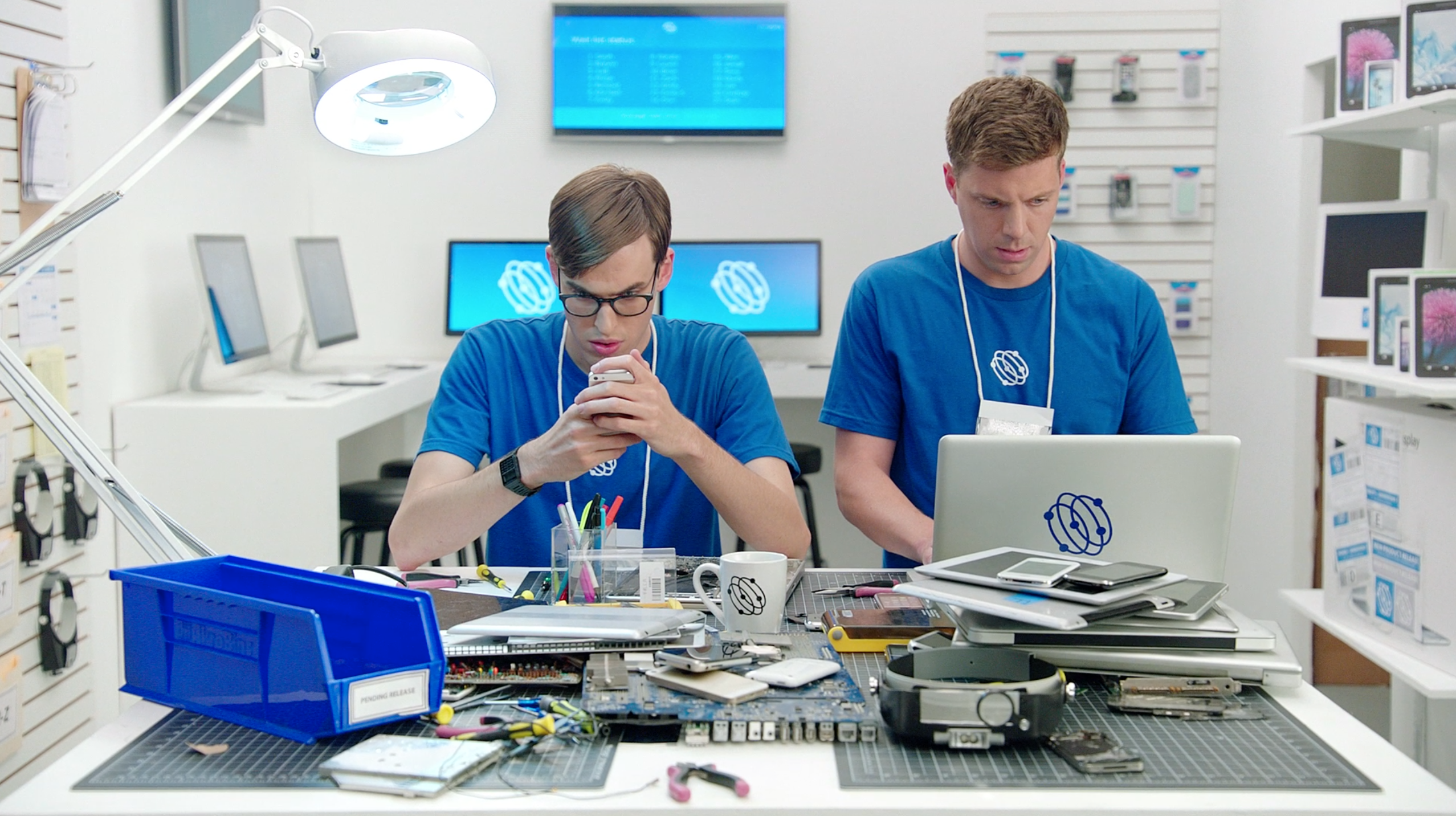