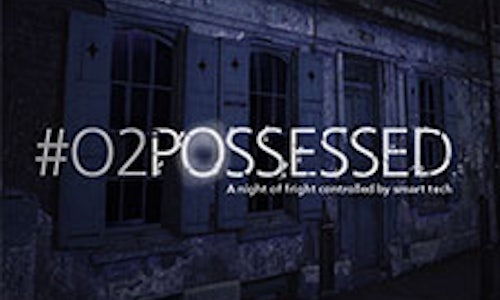 Finalist in Most Creative Use of Technology, Multi-Platform Campaign

O2 is a leading provider of mobile phones. But in 2014, O2 wanted to create awareness of the full range of devices they sell, from smart lighting to Bluetooth speakers, while exciting people about the potential of smart tech.

VCCP Kin's solution: #O2POSSESSED, the first haunted house entirely controlled by household smart devices. Through multi-platform programming, imaginative use of O2-sold smart tech, and timely digital content, we were able to terrify and delight the public while generating interest about what their devices can do.

We constructed a real haunted house in East London just before Halloween. The terrors within the house were controlled by tech sold in the O2 shop, a fact revealed to visitors only after their terrifying journeys through the house. Those who couldn't attend in person were able to get in on the fun through competitions on social media, a live stream of guests' experiences, and films that took viewers through our haunted house and revealed how the scares were set up.

The results are scarily good. During the campaign, #O2Possessed became a UK trending topic. The videos have 3 million views (and counting), and over 45 million people have seen the campaign on Twitter. Best of all, we thrilled the public with what's possible using O2's range of smart tech.

#O2Possessed is O2's most ambitious product demonstration to date, made possible through imaginative use of every day smart devices and extended to those who weren't able to attend in person through engaging digital and social content. That it hit key campaign objectives and performed extremely well along all KPIs adds to its overall success.

The key objective of this campaign was "fame", demanding a PR-based initiative extending overall O2 messaging. Our KPIs were all related to reach and awareness, with video views and content reach being particularly important.

The month-long campaign was truly integrated and spanned a broad range of channels, including social media, experiential, mobile, and O2's website. Our live event combined immersive theater with clever tech use and was enjoyed not only by visitors on the ground but also by an audience online. Influencers and journalists visited the house and produced additional content, spiking interest at the peak of the campaign and furthering campaign reach. Each channel played an important role throughout the campaign, from recruiting fans to attend our event to live streaming guests' journeys in our house to revealing how we pulled off our scares.

The physical haunted house was controlled in real time over smart devices, harnessing O2's range of products in unexpected ways. The equipment shopping list was a technical geek's dream and included 12 Wireless speakers, 7 LED Screens, 2 HD Projectors, 9 Wi-Fi Security cameras, 2 web-cameras, 2 Philips smart light hubs, 25 smart light bulbs, 10 wearable devices with heart-rate monitors, 4 Mac Minis, 2 Google Chromecasts, and one gaming PC. Each room had a different "theme," with scares being remotely controlled using mobile phones and tablets from a basement control room. VCCP set up the house and trained O2 Gurus on the smart tech used to create the experience, allowing them to take visitors through how each room was set up.

#O2Possessed was a delight not only for those lucky enough to visit in person but also for fans at home. People around the UK were able to view real people's journeys in real time on YouTube (as well as Facebook and Twitter) and were rewarded for spotting our ghost. On Halloween, we released a terrifying wrap film on O2 social channels that showed viewers just how scary it was to have been within the haunted house. This film drove viewers to product demonstrations that not only revealed the tech we used to pull off our scares but also showed viewers how the devices we used might be relevant within their own home.

The sheer volume of content produced off the back of #O2Possessed was enormous, especially considering the timescales we worked within. The entire haunted house was set up in two days and run for roughly 48 hours. The location operated both as an experiential venue and as a production studio, with constant filming and editing occurring on site. In addition to a steady stream of vines, tweets, and customer interactions created live from within the house, we produced one terrifying wrap film, four product demo films, five films for journalists, and three films for celebrity visitors, most of which were turned around in less than 12 hours time.

Across the board, our campaign achieved impressive results. Over 49,000 people applied to visit the house with the O2 Priority. Our videos have over 3 million views (and counting), with the wrap video receiving 20,000 unique views in just three days. On Facebook, our wrap video received 10 times the average engagement on O2's Facebook posts. During the campaign, #O2Possessed became a UK trending topic without media support and over 45 million people have seen the campaign on Twitter.

#O2Possessed is remarkable not only based on its performance but also for its approach. We created a suite of content that was not only timely (launching on and just before Halloween) but of genuine interest to the consumer, giving them a true reason to engage. Our exciting experiential and video content led to explanations on how consumers could use the devices we'd used at home, making technology a reality for those who don't necessarily see the benefits of emerging smart tech.

When measured purely based on its ability to create brand frame, drive awareness of O2's range of products, and create excitement about the possibility of smart tech, #O2Possessed is a clear success. Its innovative approach and the delightful content produced throughout the campaign are both the origin of this success and the proverbial icing on the cake. 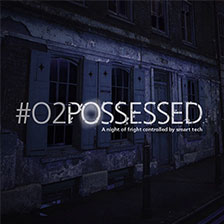 Produced by the VCC Partnership for Telefonica UK Limited