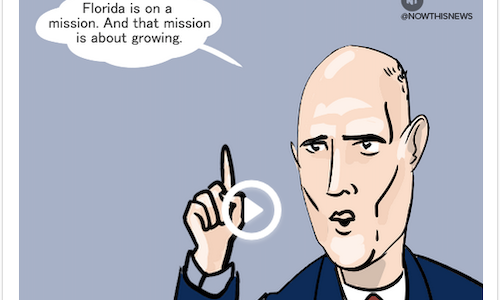 NowThis is the first true socially distributed media company. We live where our audience lives—on Twitter, Facebook, Snapchat, Vine, Tumblr and more. We cover the biggest tech, political, international, entertainment and viral news of the day and share it in 6 to 90 second clips, GIFs, Vines, Instagrams, and Snaps that are also shared on our Facebook and Twitter accounts. Our team works every day to bring our audience beyond the headlines, but exclusively in social and mobile form.

In 2014, our audience, reach and engagement exploded on social media, thanks to story selection and content strategy that paid special attention to each platform's audience and interests. Our monthly average Facebook views went from 1 million in July to 50 million in December; brand growth across verticals tripled from January to December.

We're even at the forefront of the fast-growing messaging app world, with a featured account on Kik, an app which is now home to 200 million registered users.

NowThis is built entirely on the idea of short-form content, and delivers that content daily across a wide range of topics, issues and platforms. In addition to daily news videos, we focus special coverage around trending news events, like:

Ferguson and the #BlackLivesMatters movement

Before Ferguson, police brutality was a frequent topic of coverage at NowThis; when the first protests started over Darren Wilson's shooting of Mike Brown, NowThis was covering it on all platforms. The pinnacle of our coverage was UGC: YouTube videos, Vines, tweets and Instagrams from people on the ground in Ferguson. When #BlackLivesMatter protests spread, our UGC network spread, and we captured and distributed our own footage of New York protests over Mike Brown and Eric Garner using social media tools. We produced on-the-ground as well as studio interviews with activists in a "NowThis: Rants" series to share on Facebook and Instagram as supplemental coverage.

In December 2014, we produced "best of" compilation videos that used content from our most popular videos of the year. The topics spanned the Year in Science and Technology, which got 8 million views on Facebook alone, to the Year in Emoji and the Year in Weed (medical and recreational legalization), which each garnered about half a million views each. The natively uploaded videos performed well on Facebook during a holiday season, when Internet traffic usually slows down, and incorporated other social elements like hashtags.

In addition to news, entertainment and original content, NowThis Studios regularly produces branded content in quick turnarounds pegged to real-time events. That includes work with Mondelez brands like Wheat Thins, Halls, Oreos and belVita, whose sponsored videos we create and publish on Facebook, Twitter and Instagram, and whose reach and engagement can out-perform some of the top news posts of the day.

Our real-time news coverage is widely shared, doubling our Twitter video views and tripling the number of our Twitter followers from just August to December 2014. Our native video content on Facebook went from 1 to 50 million views per month over the same time period. Our brand has only increased reach and engagement in the last year, and as we share more content across more platforms, that trajectory will continue.

Video for NowThis: Social News In 2014 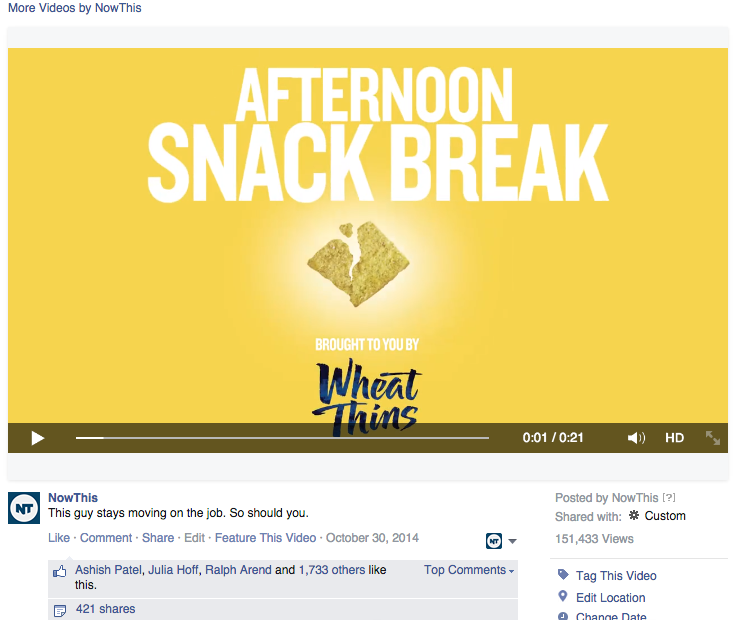 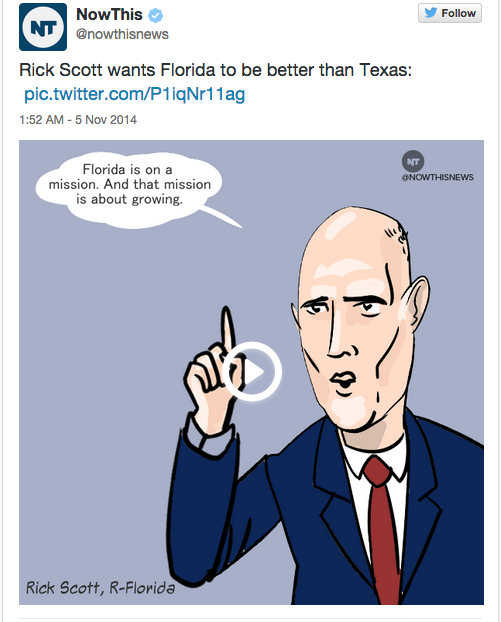 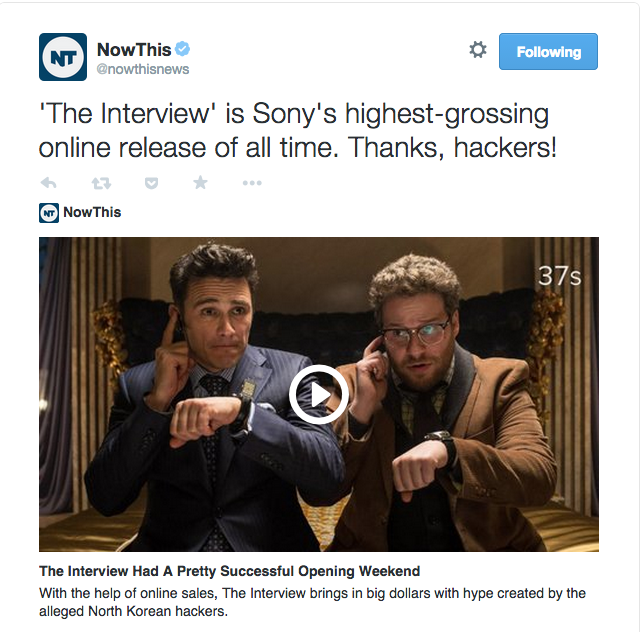 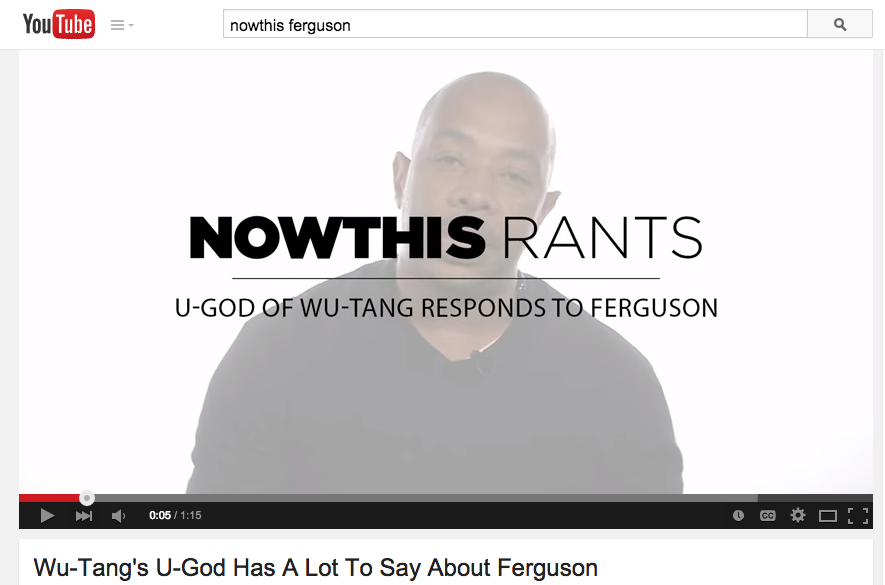