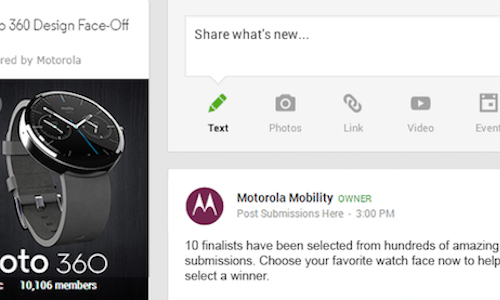 As Motorola (and Android) social fans and media influencers speculated about all the unconfirmed details about the device, they began to grow increasingly impatient for an official release date from the brand. It became clear that Motorola needed to create a positive groundswell of renewed excitement for Moto 360, in addition to generating broader awareness and buzz, ahead of its official announcement and US and global-market on sale date.

But with no paid media budget for any pre-launch activities, Motorola also knew social media would have to lead the charge.

Through social listening and ongoing community engagement and management, Motorola knew what its core Google+ "tech-and-design focused" social fans really wanted: if they couldn't yet buy Moto 360, they at least wanted a chance to better "experience" the device's unique form factor and design for its uniquely round watch.

Motorola knew there was a huge opportunity to unite these fervent social fans through a "hyper-influencer" niche community and connect them under a singular CTA – one that harnessed their energy, inspired them to create, "hack" and share. And one that gave them the brand attention and access they were itching for…

As of June 2014, Motorola was the first mobile device brand to use Google+ to allow consumers to experience a new device ahead of release, and ultimately, impact future iterations of the device.

- As of Feb. 2015, we have over 23K active members that are still engaging with each other, the brand and creating new designs 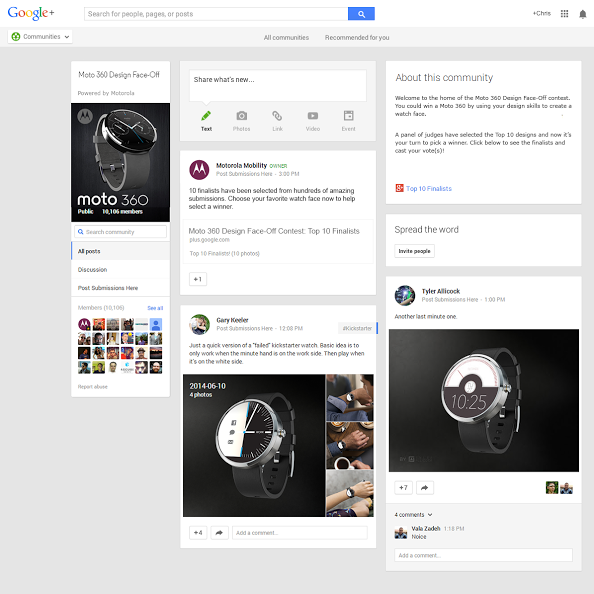 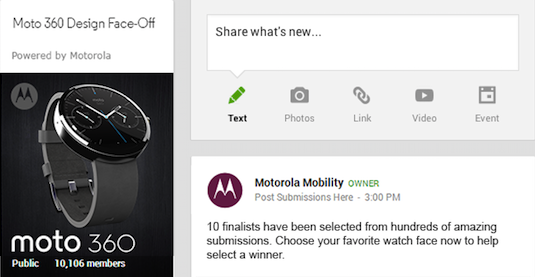