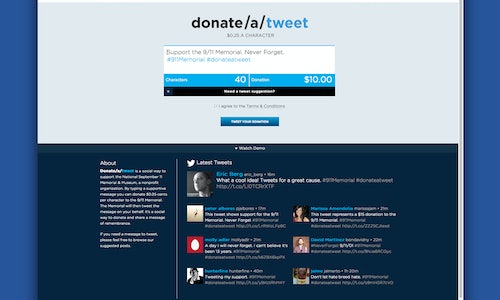 The National September 11 Memorial & Museum is a place where people honor and remember, but it receives no federal funding. For the 9/11 anniversary, we were tasked to raise awareness of the museum and increase donations.

Recent initiatives from other nonprofit causes proved that people love to share the fact that they've donated on social media. That was the inspiration for Donate/a/tweet: the first known pay-per-character fundraising effort on Twitter. On http://tweet.911memorial.org, users simply type in a message they'd like to share, each character typed in representing a 25-cent donation to the museum. Users log in to Twitter and PayPal, and the 9/11 Memorial then tweets the message on their behalf, allowing them to share and promote their tweet.

What most people don't realize is that the September 11 Memorial & Museum is not-for-profit. It is not federally funded. The museum is a place of honor for those lost, a place of remembrance for loved ones, and a symbol of courage, compassion and resilience. But it needs to keep the lights on. It needs individual support for the lasting care of the memorial.

Most of the time, when people donate they do it relatively anonymously – maybe a few close friends and family members know about it. But that has changed since the success of things like "cause bracelets" and "the ALS ice bucket challenge." Now we know people love to share the fact that they've contributed to a cause.

We've all seen the power Twitter has to communicate to the masses. But donate/a/tweet goes a step further by employing Twitter as a social media tool AND as a fundraising tool.

By typing a message at tweet.911memorial.org, users can donate 25 cents per character to the 9/11 Memorial. The memorial will then tweet the message on the user's behalf and generate a custom link highlighting the tweet, which users can then share. Effectively combining "getting the word out" AND raising money into one seamless experience.

People from all over the country tweeted in their 9/11 donation messages, which were also featured on a Times Square billboard in the days leading up to the 9/11 anniversary. Within hours of the launch, the campaign led to a surge in donations, effectively tapping into a new, socially conscious online demographic. More important, the project is ongoing and will continue to raise funds so that future generations will always know about the day that changed our world forever. 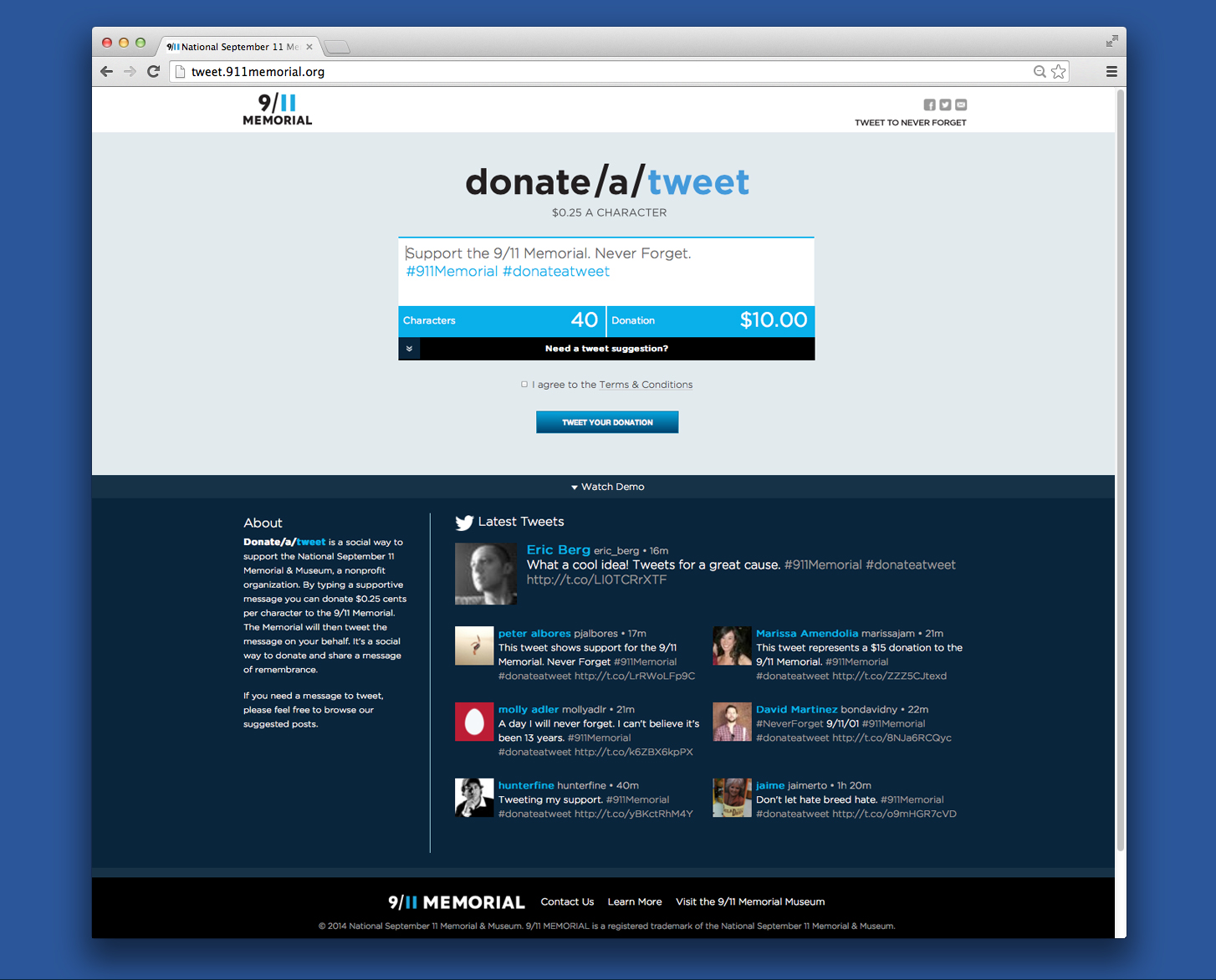