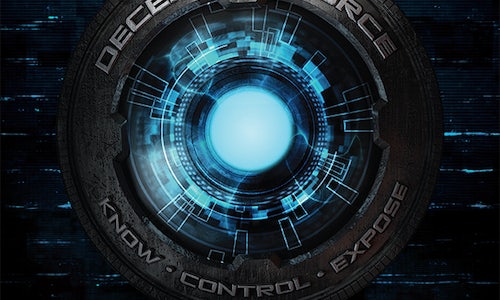 IT professionals are bombarded with messaging about security. Juniper Networks used strategic thinking to devise a way to pique the interest of IT pros through entertaining content, while also communicating that the company's intrusion-deception technology changes the game of thwarting data center attacks.

So how did we entertain and educate an audience of always-on-call IT security pros? By knowing our audience and developing a mobile game app that makes them the hero. Players fought off creatures that embodied SQL injections, Trojans, DDoS attacks and other network plagues, and learned the three concepts behind Juniper's products along the way: 1. Know you're being attacked. 2. Control the attackers. 3. Expose them to a global database.

We promoted the game with a digital campaign and trailer worthy of a blockbuster action franchise, linked to a landing page where they could see the film, download the game and use social links to send a selfie disguised as our game hero.

By gamifying the concepts behind Juniper's products, IT pros learned to recognize, control and expose attackers. Although promotional efforts were limited to targeted tech sites, the YouTube trailer received more than 9,000 views in 12 weeks, while the mobile game got downloaded 15,000 times.

"Deception Force" is award-worthy because it bypassed the typical tactics practiced by security providers and instead used the power of storytelling and joy of participation to "gamify" a promotional campaign in a compelling way.

The market for network security is well established, and IT pros are routinely bombarded with ad messages riddled with business jargon and technical mumbo-jumbo. And until recently, products have only protected companies from threats if and when they arise.

Juniper Networks changed the game when it released its latest intrusion-deception technology, which takes a proactive approach by finding and preventing data center attacks. To promote this smarter software to our audience of IT pros oversaturated with security solutions, we devised "Deception Force," a complementary game-changing iOS and Android game that lets players search for and destroy security villains while learning about intrusion-deception technology.

Known mostly as a manufacturer of networking equipment, Juniper Networks was determined not to be just another me-too player in security software. The company, which competes with category leader Cisco Systems and a host of lesser-known software brands, revolutionized notions of security with its new software line.

Juniper wanted a way to reach IT pros — who have a high propensity to be gamers — by aligning with their interests. Many security-brand marketers assume these workers fantasize about security threats 24/7, but in reality, they are most animated while talking about the things they enjoy — perhaps their golf game or a band they saw last night. Even some of the most dedicated professionals play games between making IT purchases.

We designed Deception Force to communicate Juniper Networks' unique selling point to this relatively small network security software market. It was crucial for us to make sure the right crowd of IT decision-makers downloaded Deception Force.

We decided it would be best to ditch the scare tactics that plague many other brands. Instead, our strategic aim was to power up with the entertaining and engaging elements of gameplay to stand out in a field of bland, esoteric security solutions. Harnessing the power of storytelling and active participation, we concentrated on the most compelling way to gamify our promotional campaign.

Timed to maximize the campaign's impact around the RSA security industry conference, we promoted the game with an action-packed trailer and digital campaign worthy of a blockbuster action franchise. These drove people to a landing page where they could download the game. They could also use social tools to talk trash to their friends or send photos of themselves as the game's hero.

We launched our mock movie trailer on YouTube on February 24, 2014. Although the video was only promoted on tech sites to attract our niche audience of IT decision-makers, it received more than 9,000 views. By the end of May, the Deception Force iOS and Android game had been downloaded 15,000 times.

We observed that while video placements can be more expensive than display banners, they provide better quality, and are often more efficient in terms of driving engagement and site visitation. Flipboard performed best—it represented only 7% of the ad spend, but drove 32% of the site visits. Display units drove the highest volume of traffic and efficient clicks to Apple's App Store for game downloads. 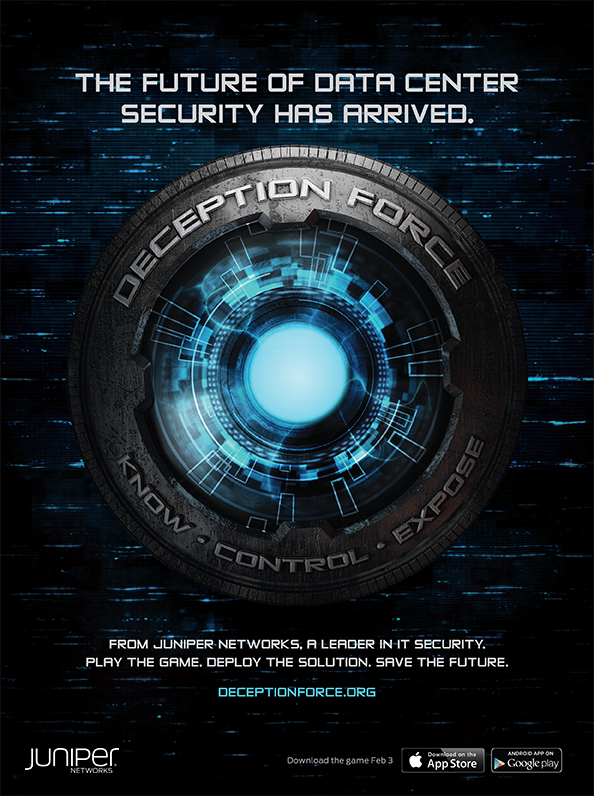 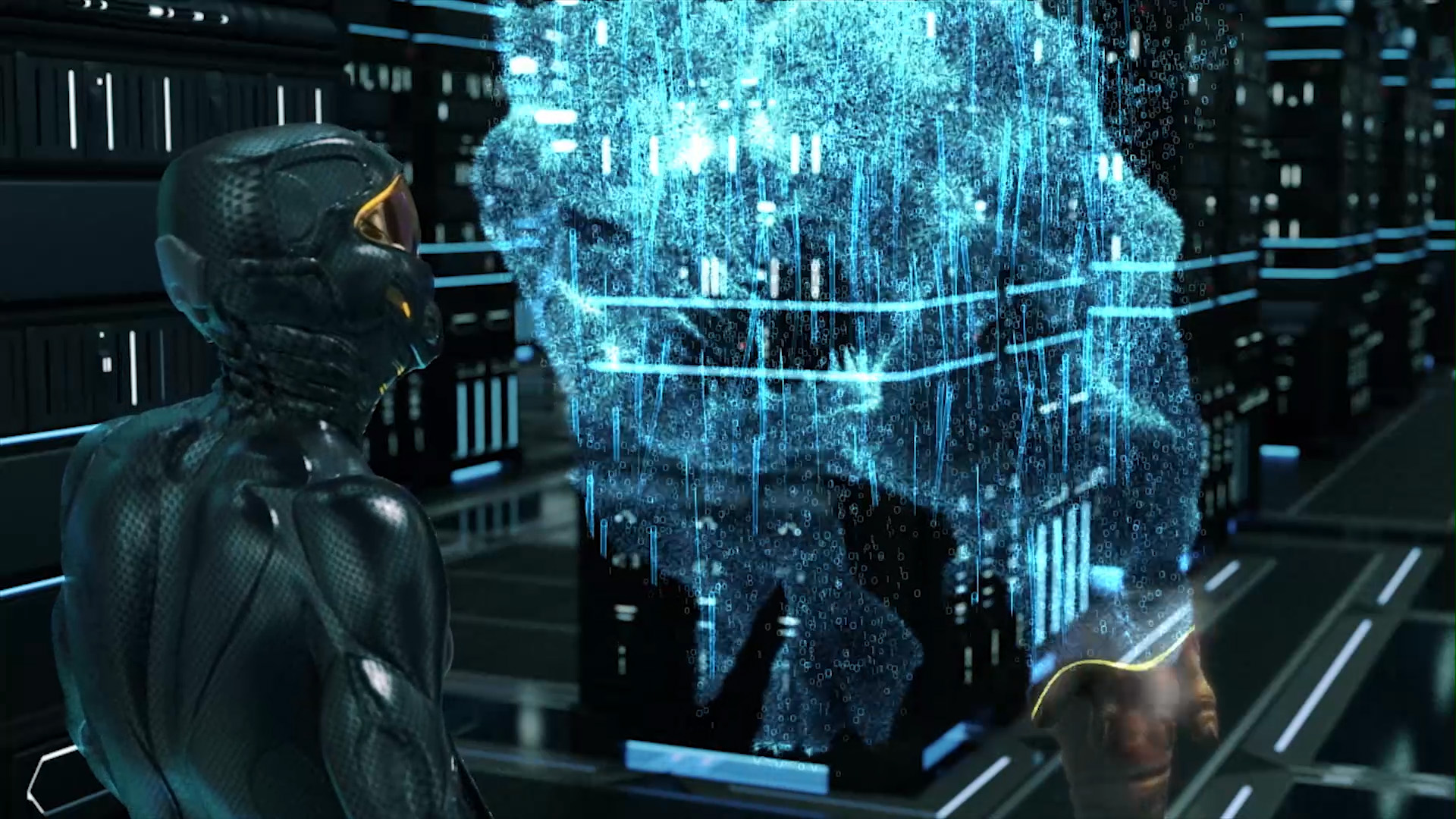 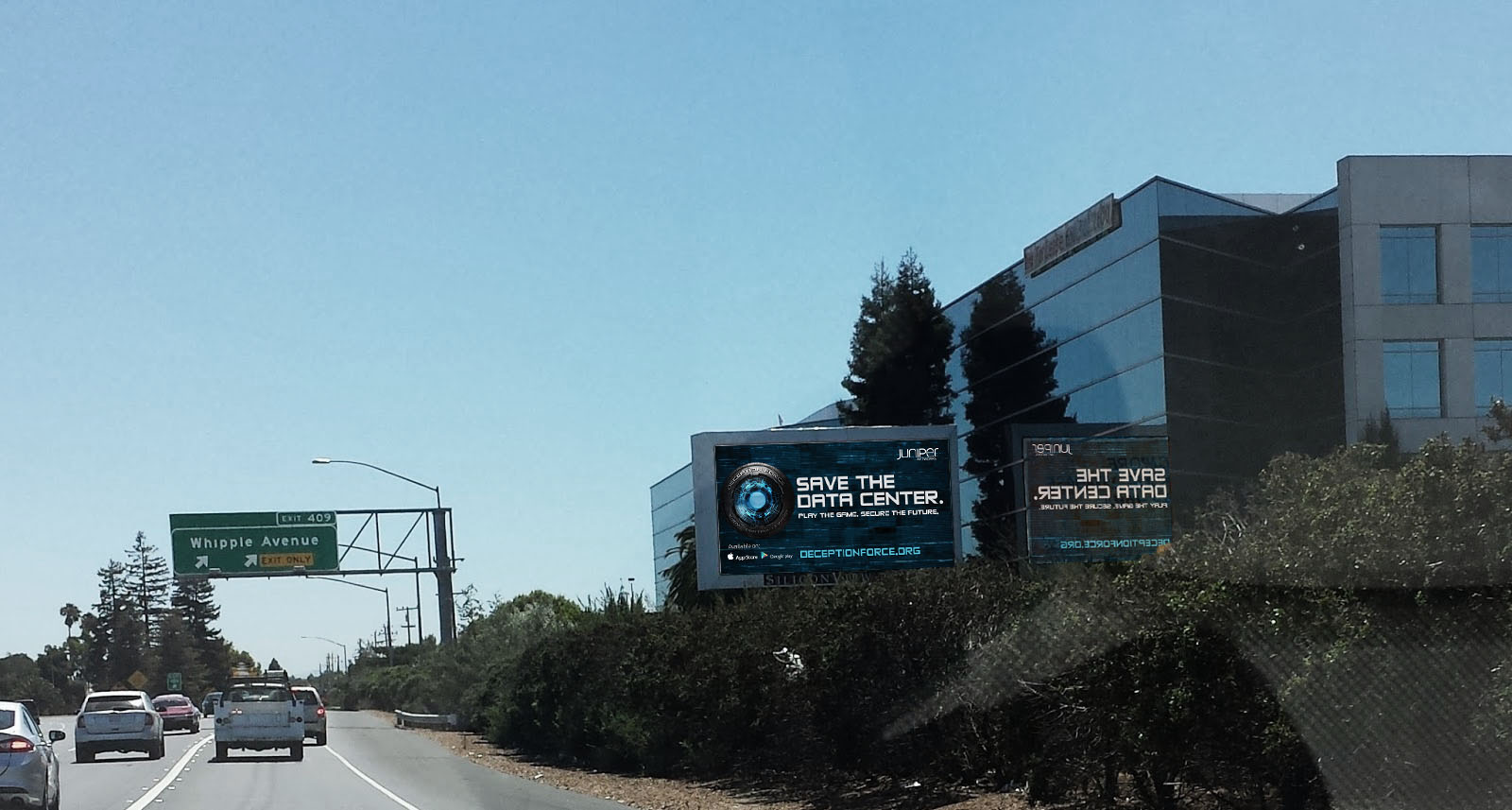